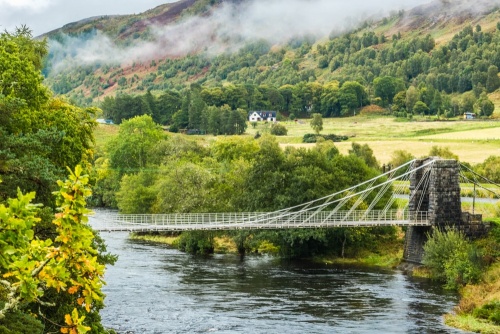 The Bridge of Oich is an innovative suspension bridge across the River Oich built in 1854 by James Dredge. Dredge's design broke new ground in bridge architecture, incorporating a unique double cantilever chain support system balanced upon huge granite pylons on either shore.

The bridge stands at the point where the River Oich empties into Loch Oich. Today a modern bridge carries traffic on the main A82 road between Fort Augustus and Invergarry to the south. Beside the bridge is the Caledonian Canal, carrying ships from Fort William to Inverness by way of Loch Ness.

The visitor parking area is at the western end of the modern road bridge, a fact which isn't immediately apparent as you approach from the east and it is easy to think you've missed it entirely.

The parking area is signposted, and is on the north side of the road (i.e. off the lane heading towards Fort Augustus). From the parking area, you have to walk back across the modern bridge to its eastern end and access the Bridge of Oich from there. The modern road bridge makes a good vantage point to view the old suspension bridge. 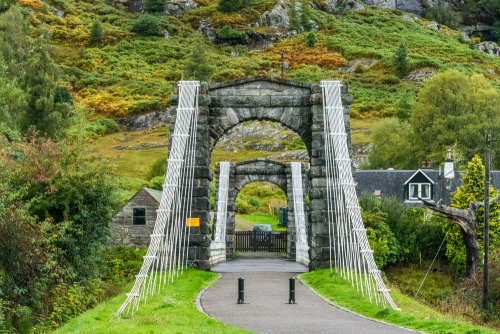 The bridge from the east

You can cross the Bridge of Oich on foot but there is a gate at the far end which leads onto private property so you have to turn around and cross back.

In 1849 heavy rains breached the Caledonian Canal and the resulting floodwaters swept away the stone bridge across the River Oich. Simply building another stone bridge would not be enough to guarantee survival in case of similar flooding in future. A new single-span design was called for; one that could withstand flooding. 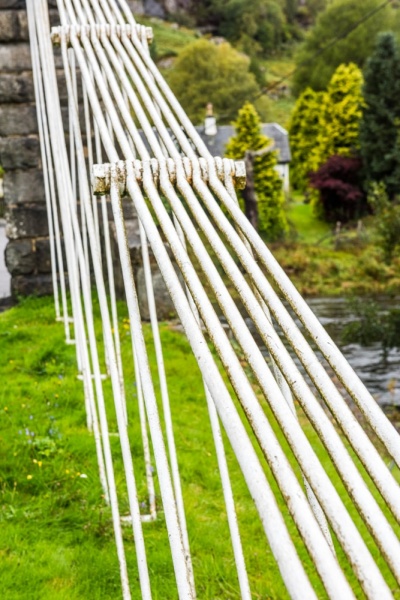 Step forward James Dredge of Bath, Somerset. Dredge had begun as a brewer but then turned his hand to engineering. He came up with a design for a steel suspension bridge based on the 'taper' principle.

Suspension bridges were nothing new, but Dredge added a new twist to the concept; he designed a double-cantilever system, where each half of the bridge supported its own weight. This meant that at the centre of the bridge the chains were supporting a negligible weight.

Since the chains didn't need to support any weight at the middle of the span, Dredge made the chains thinner as they approached the centre. This made the bridge lighter and, in theory at least, you could break the bridge in the middle and it would stay upright. Thankfully this latter principle never had to be tested in practice!

As you walk towards the middle of the bridge you can clearly see that the chains have fewer and fewer links. 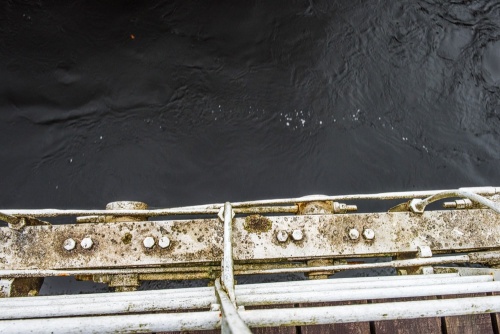 The bridge was used by a stagecoach service that ran three times per week, as well as by local traffic including the annual cattle droves that brought huge herds to market in the south.

The bridge fell out of use in 1932 due to increased traffic loads, but its unique construction prompted Historic Scotland to take it into state care as a historic monument. 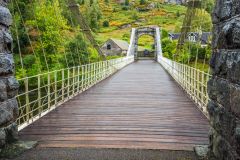 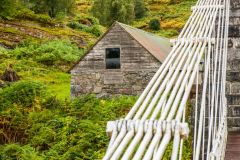 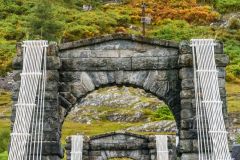 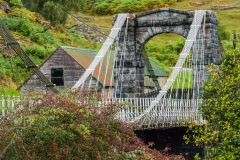 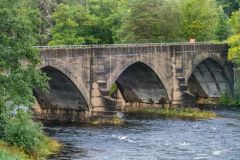 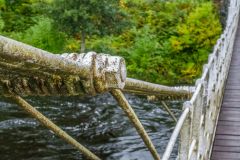 Nearest Accommodation to Bridge of Oich:

Nearby accommodation is calculated 'as the crow flies' from Bridge of Oich. 'Nearest' may involve a long drive up and down glens or, if you are near the coast, may include a ferry ride! Please check the property map to make sure the location is right for you.

More self catering near Bridge of Oich >>

More Hotels near Bridge of Oich >>

More bed and breakfasts near Bridge of Oich >>