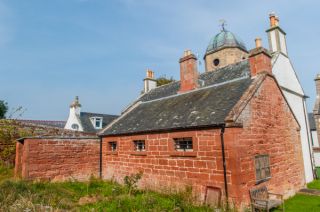 This attractive 18th-century town courthouse has been converted into a fascinating free museum and visitor centre. Witness a recreation of an authentic trial in the courtroom, and see the original gaol cells where prisoners were held to await trial.

Cromarty Courthouse was built in 1773 and served as the administrative centre for Cromarty-shire. The museum holds an extensive collection of shire archives, some of which will be useful to people tracing their family history. here are also documents relating to the town's history, including deeds, charters, and other legal documents.

A special exhibit looks at the life and very peculiar times of Sir Thomas Urquhart, an eccentric local lord who is reported to have died in a fit of laughter when told that Charles II had been restored to the British throne in 1660. Urquhart was a veteran of the Civil War and known for his translations of Rabelais into English.

Though small, this is a museum where you can linger far longer than you intended. There are quite interesting displays on the history of Cromarty as a centre for trade and the fishing industry, and collections of artefacts from the town's past, including civic regalia. The courtroom exhibit is quite well done, with mannequins representing characters in a real-life 1770s court case of a group of men accused of profanation of the Sabbath, and a recording which lets the characters 'speak'.

At the rear of the museum building is an annexe housing the gaol cells where prisoners were held while waiting to be tried. Directly in front of the museum is the 16th century Mercat cross, in my eyes the most interesting single object at the museum. 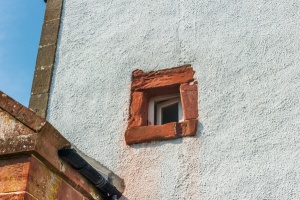 A small window in the tower 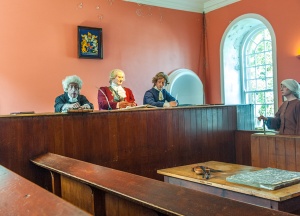 Nearby accommodation is calculated 'as the crow flies' from Cromarty Courthouse Museum. 'Nearest' may involve a long drive up and down glens or, if you are near the coast, may include a ferry ride! Please check the property map to make sure the location is right for you. 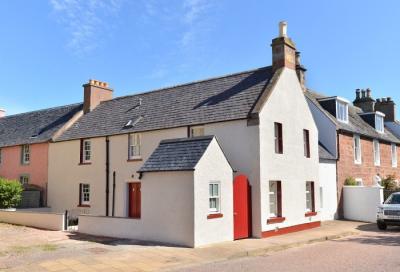 Seashell Cottage, in Cromarty on the Black Isle, Scotland, sleeps 4 in 2 rooms.
Sleeps 4 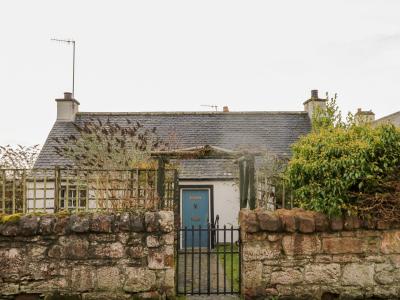 This detached cottage rests in Cromarty, Cromartyshire and can sleep two people in one bedroom.
Sleeps 2