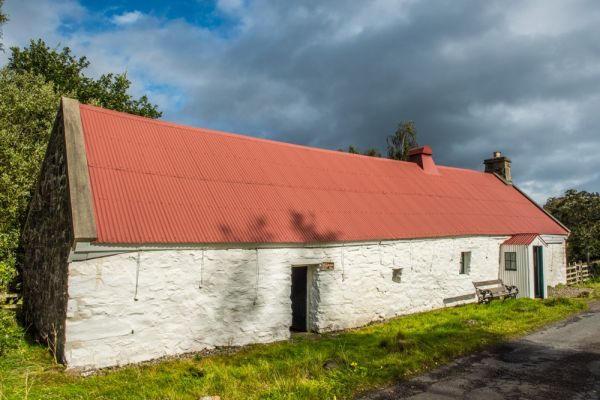 Moirlanich Longhouse is an outstanding example of a 19th-century cruck frame cottage and byre, set in beautiful Glen Lochay countryside near Killin, and retaining many original features.

The cottage offers a tantalising glimpse into late 19th-century life in rural Scotland. The walls are made of two layers of lime-washed drystone rubble, and the longhouse was originally roofed with thatch, but this replaced in the 1940s with functional - if not terribly attractive - corrugated tin.

In traditional Scottish longhouses the family and their livestock lived under one roof. One end of the longhouse was reserved for the livestock and the other end for the humans, with each chamber leading into the next. 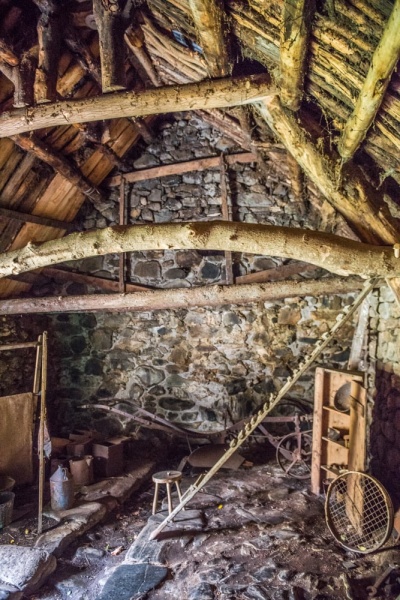 Cruck framing in the byre

The beauty of the longhouse is its cruck construction, unusual in the Scottish Highlands, made by bending pairs of green timbers to a point, linked by a cross-beam to form an A-shape. This type of construction was common in England, especially during the Middle Ages, but is rare in Scotland. The cruck timbers have been left exposed inside at the byre end of the cottage so visitors can see this traditional form of construction.

The longhouse is divided by pairs of cruck timbers into 5 bays. The dairy, kitchen, and 'best room' have been restored to how they would have looked in the early 20th century. Joined to the dairy is the byre, where animals were kept. 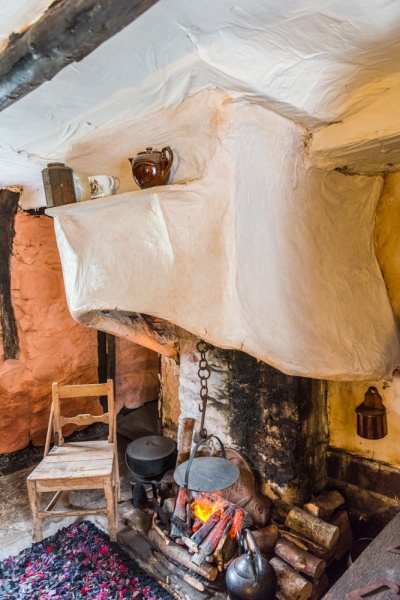 The hingin' lum, made of papier mache

In the kitchen is a hingin’ lum, or hanging chimney, made of papier mache built onto a frame of wooden laths and lined with paper. The lum helped guide smoke from the open hearth out through a flue and through the roof.

It is amazing to see the papier mache fireplace, which is extremely large, and still functional; it was working on the day we visited, spreading a welcome glow of warmth through the otherwise chilly cottage interior.

The Robertson family lived here at Moirlanich from 1809 or earlier, and the longhouse remains almost completely unaltered since the last member of the family died in 1968. Look for traditional box beds and a Scotch dresser. The walls were lined with 'wallpaper' made of old newspapers, mixed with inexpensive printed paper.

What is remarkable about Moirlanich Longhouse is that the layers of wallpaper have been exposed in several areas so that you can see how they are layered, new layer upon old, and built up to an astonishing thickness over time. Nothing was ever stripped off the walls; a new layer of paper was simply glued over the previous layer, and over the years these layers built up ... and up ... and up. 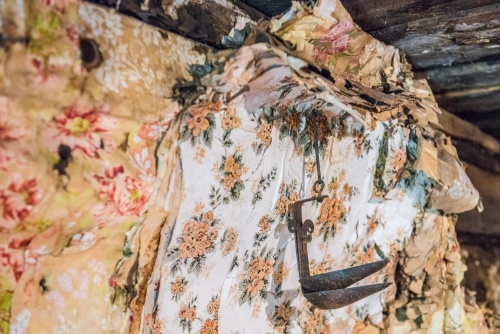 Layer upon layer of wall paper

Many of the house contents are original to the house, while others have been brought in from elsewhere to match the time period and the anecdotal evidence from people who knew the Robertson family.

Look for the stone channel running down the centre of the byre. This sort of channel is common to most longhouses and provided a way to clean the byre of animal waste. The channel usually led to a hatch in the rear wall of the house, allowing the family to simply shovel out the wate onto a heap outside the house.

Next door to the longhouse is a Display Hut, once used as the farm's tool store, with an exhibit of clothes discovered in the house, including work clothes and 'Sunday best' for social occasions, and a colection of well-used detachable collars. There are old photos of the building, documents, and details of the longhouse restoration. There are also examples of archaeological finds from the area.

The longhouse was purchased by the National Trust for Scotland in 1968, and NTS staff are on hand to explain about the house, its residents, and how they lived. 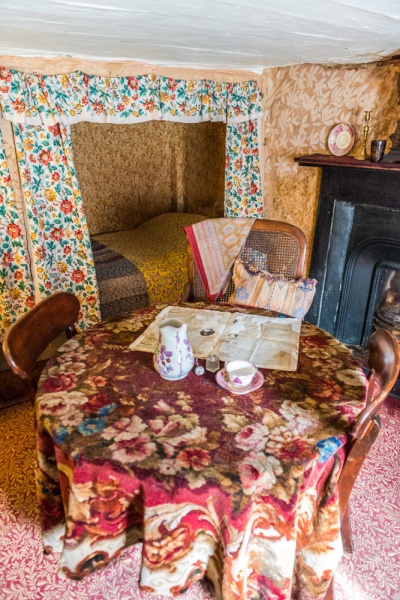 The Longhouse is very easy to access. It is signposted on the A827 at the very northern edge of Killin, just before the road turns east towards Loch Tay and Kenmore. Follow the Glen Lochay Road for about 500 yards, past an electrical substation, and you will the Longhouse ahead on your right. There is a small National Trust for Scotland parking area on your left before you reach the Longhouse.

Before entering the Longhouse you have to get a ticket from the attendant in the Display Hut, which is just past the Longhouse.

The Longhouse is open seasonally, with limited hours, so it is always a good idea to check the official opening hours on the National Trust for Scotland website. 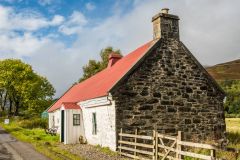 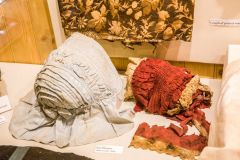 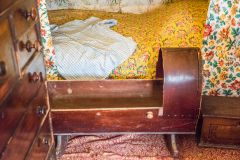 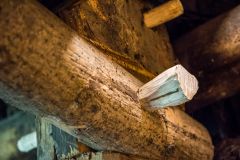 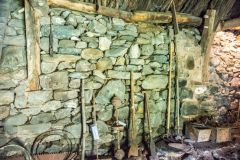 More self catering near Moirlanich Longhouse >> This ground-floor flat rests in Killin, Stirlingshire and can sleep two people in one bedroom.
Sleeps 2 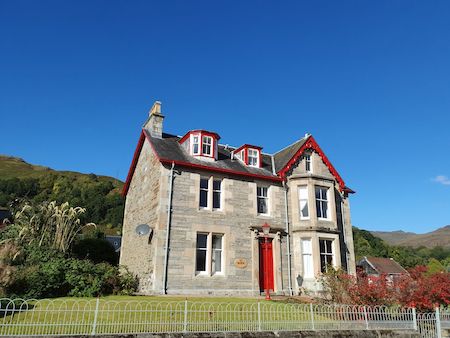 Tayview is a beautiful Victorian cottage resting in Killin, Perth and can sleep 16 people in eight bedrooms.
Sleeps 18