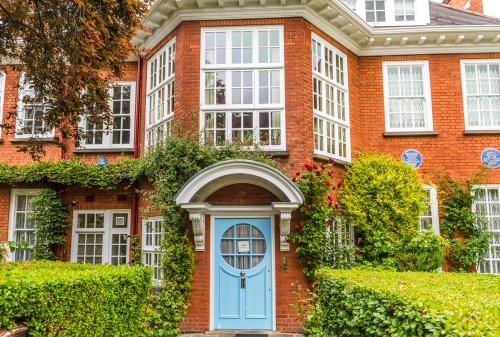 20 Maresfield Gardens was the London home of the founder of modern psychoanalytical method, Sigmund Freud and his family after their escape from Austria in 1938. The library and study, where Freud worked, have been preserved exactly as they were during his lifetime.

In 1938 Freud, his wife Martha, and daughter Anna escaped from Austria, fleeing the German invasion. They came to London because Freud's son Ernst was working there as an architect. They briefly stayed in a house on Elsworthy Road before moving to Maresfield Gardens, a relatively recent Queen Anne style house, built in 1920. Freud set up his psychoanalysis practice and completed his manuscript for the book Moses and Monotheism.

Sigmund Freud died after only a year, but Anna Freud lived on at the same house until her death in 1982. Anna expressed the wish that the house be turned into a museum after her death, and her wishes were carried out; the museum opened its doors to the public in 1986.

The house contains Freud's extensive collection of antiquities and exhibits related to the work of Anna Freud. The most famous of all the exhibits must surely be Freud's couch, where his psychoanalysis patients relaxed during sessions. This is the same couch used by Freud in his practice in Vienna when he evolved his method of 'free association'; asking patients to say whatever came into their minds. 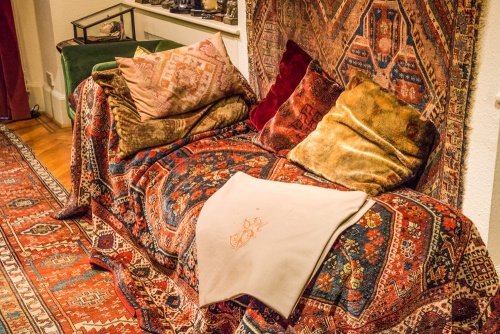 The couch in Freud's study used by psychoanalysis patients

Aside from the couch, there are Austrian country furniture pieces, a large collection of Oriental, Greek, Egyptian, and Roman antique objects, and a portrait of Freud by Salvador Dali.

Anna Freud kept her father's library and study just as they were during the final year of his life, with his favourite books on display, and a number of family photographs.

The ground floor of the house holds the study, library, family dining room and conservatory (now the museum shop). The dining room hosts an exhibit tracing Freud's life and the development of his theories on human psychology and development. The exhibition is displayed amongst wonderful examples of brightly painted Austrian funriture in traditional country designs. 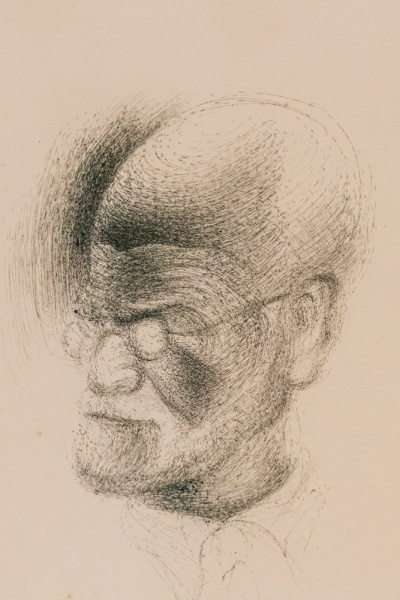 On the first floor landing are several pieces of art including sketches of Freud made by Salvador Dali, who visited here shortly before Freud's death and surreptitiously sketched Freud without his knowledge. Freud was never shown the sketches; his family thought they too accurately showed his advancing age and the effects of his failing health.

Also on display are paintings by Sergei Konstantinovitch Pankejeff, one of Freud's most famous patients. Pankejeff was a Russian emigree whose troubled youth manifested in several neuroses. He was known as 'The Wolf Man' for his repeated nightmares involving wolves. The haunting paintings show 5 wolves perchaed on the branches of a tree.

A display area on the first floor hosts temporary exhibits of art and Freud-related topics. Anna Freud's room is also open to view, but several other rooms in the house have been converted to office space and are closed to visitors. 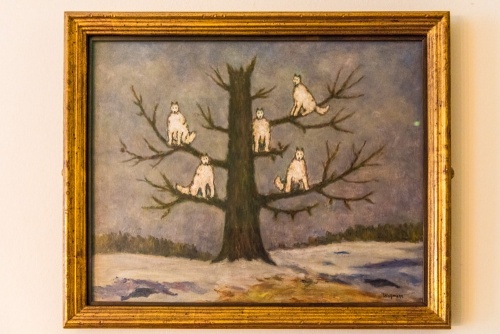 Behind the house is a lovely garden, loved by both Sigmund and Anna Freud. The garden has been maintained much as Sigmund would have known it, down to the smallest detail. Anna Freud's trowel sits beside a terracotta flower pot, and most of the plants are those planted by the family when they first came to London.

The museum hosts a regular programme of events, lectures, and seminars, and maintains a large archive of material on the Freud family.

The nearest tube station is Finchley Road, about 5 minutes walk away. From the station entrance cross Finchley Road and go up the pedestrian steps to Netherhall Gardens. After about 100 yards turn right on Nutley Terrace, then take the first right on Maresfield Gardens. The museum is at number 20, across the road.

There is a charge for entry, and the museum is open throughout the year, though usually closed over the Christmas holidays. A very short walk away, at the corner of Fitzjohns Avenue and Belsize Lane, is a statue of Freud, sculpted by Oscar Nemon, unveiled by Anna Freud in 1971.

The Freud Museum is simply outstanding. If you are already familiar with Freud's life and his work you will enjoy seeing the place he lived for his final years, and if, like us, you had only a rudimentary knowledge of his significance in the development of pyschology and psychanalysis, the museum will give a wonderful insight into the man, his public life and career, and his family life here in London. 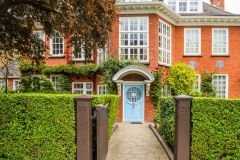 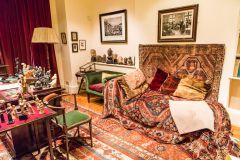 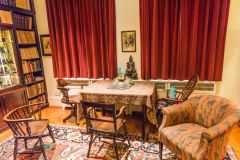 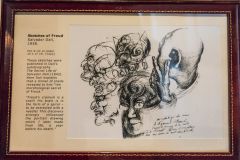 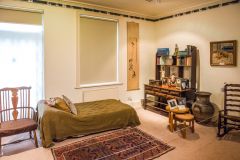 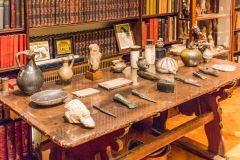 More self catering near Freud Museum >>