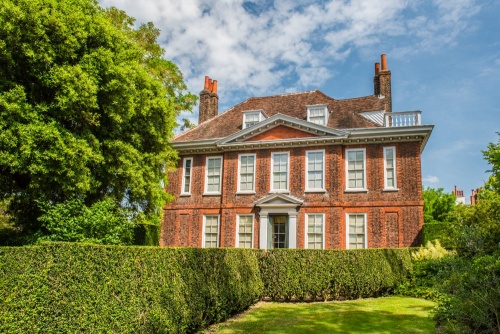 Just off Hampstead Heath, this National Trust house is famous for its collection of early keyboard instruments, most of which are in working order. The 17th-century house also boasts an outstanding collection of porcelain, 17th-century needlework pictures, and Georgian furniture. The delightful walled garden includes fine displays of roses, topiary, an orchard, and a kitchen garden.

One of the finest - of many - fine houses in elegant Hampstead, Fenton House dates from 1696. It was built by William Eades, who designed a house with a minimum of carved stone detail, preferring instead to feature brick throughout. The exteriors are largely brown brick with rubbed red brick used for window and door details.

The house takes its name from the Fenton family of wealthy merchants who owned the house from the 1790s until roughly 1830.

The house is two storeys high, with a third level of rooms under the gabled eaves. The main entrance was originally in the symmetrical south front, but in the early 19th century James Fenton built a colonnade on the east front and moved the entrance to its present location.

Fenton House was purchased by Lady Binning in the early 20th century, and she left it to the National Trust in 1952, along with her collection of ceramics, fine art, and furniture. Some 15 years earlier the Trust had been given the Fletcher Collection of historical keyboards and other early musical instruments, so when Fenton House was available the Collection was installed here to complement the period rooms.

The house interior is a uniform cross shape, with four equal sections. One unusual feature is that each of the public rooms had a 'closet', where chamber pots would have been kept. Normally these closets were reserved for bedrooms, but not so at Fenton House. 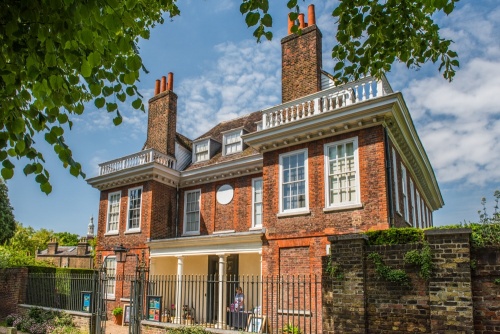 The house from Hampstead Grove

The house was purchased by the Fenton family in 1793. In the early 19th century James Fenton added Regency detailing and a classical colonnade to the exterior.

The garden is outstanding; it is really several gardens in one. A formal area of terraced walks surrounds green lawns, and there is a separate rose garden, a kitchen garden and apple orchard beyond.

The most prominent feature of Fenton House is not its undoubtedly fine architecture, it is the collection of early keyboard instruments. The collection was amassed by Major Benton Fletcher and includes clavichords, spinets, pianos, harpsichords, and other early keyboards.

Far from being museum pieces, the keyboards are all in playing order, and music students may play them if they can first pass an audition. There are regular concerts, and you can often hear the musicians playing while you explore the house. To hear the house interior filled with music from these historical instruments is quite an experience, as we can attest. 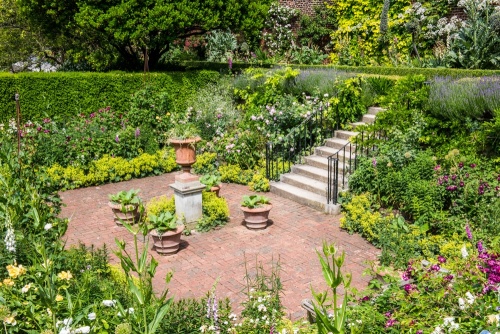 In addition to the keyboards, Fenton House features collections of fine porcelain, including Chinese, Japanese, and European figures including Staffordshire ware and Meissen pieces. There is an excellent display of paintings collected by Lady Binning and Peter Barkworth, including many works by the Camden Town Group of Post-Impressionist artists. You can also see 17-century needlework depicting Biblical scenes. There is also a wonderful collection of historical snuff bottles and boxes.

One highlight of a visit to Fenton House is that you can climb up to the second-floor balcony for wonderful panoramic views over the gardens below and across the rooftops of Hampstead to the city of London below. On a clear day, the view is simply stunning.

Wow! I honestly didn't expect to enjoy Fenton House as much as I did. While I was exploring the house a musician was trying out one on the historic pianos in preparation for one of the frequent concerts that Fenton House hosts.

The music just enveloped the entire house in the most beautiful sound. It was heavenly. The interiors are pleasant, certainly not overwhelming; a very good example of an elegant, unpretentious townhouse.

The garden, though small, is beautiful, and really gives you a sense of the time period. You can get a pamphlet at the desk detailing a walk through historic Hampstead from Fenton House to another nearby National Trust property at 2 Willow Road.

If you have the time, I can highly recommend this walk; it takes you past several fascinating period houses and outlines intriguing snippets of local history. 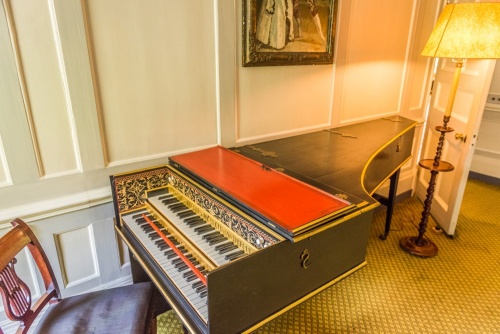 Historical keyboard from the Fletcher Collection

By far the easiest way to reach Fenton House is by tube to Hampstead station, on the Edgware branch of the Northern Line. From the station exit, cross Heath Street and walk up Holly Hill, following the brown tourist signs. You will come to a small triangular green, where Holly Hill becomes Holly Bush Hill and forks right, where it then becomes Hampstead Grove.

You will find the Fenton House entrance a few steps along Hampstead Grove on the left-hand side of the road. It should take no more than 10 minutes to walk from the station to Fenton House, though part of the way is fairly steeply uphill. 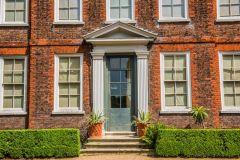 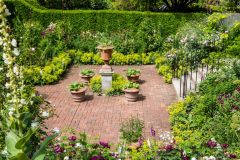 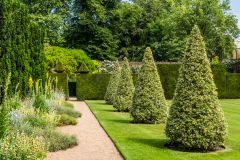 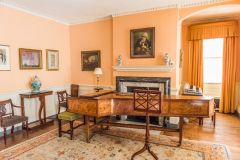 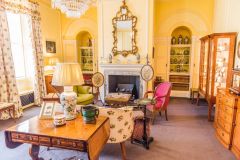 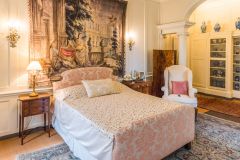 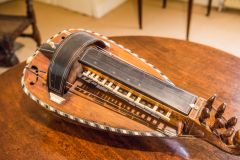 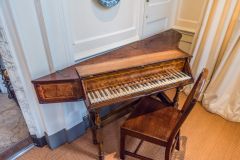 More self catering near Fenton House