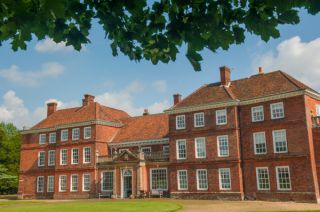 Lullingstone Castle
Here's history for you; the Lullingstone estate was recorded in the Domesday Book of 1086, making it one of the oldest family estates in England. Since 1497 it has been home to the Peche family, who built the attractive mansion, now fronted by a Queen Anne facade of red brick. The house looks out across a 15-acre lake and is accessed through a very large gatehouse built during the reign of Henry VII.

The young king Henry VIII came to Lullingstone, where he was entertained by John Peche, a wealthy alderman of London. Peche set up a jousting ground outside the gatehouse, and Henry so much enjoyed the sport that Peche became a favourite courtier.

The gatehouse now gives access to a large lawned area, enclosed by a high wall. The lawn was originally bounded on all sides by the Tudor mansion, but the wings of that mansion are long gone, leaving only the grand gatehouse behind. The core of the Peche mansion still stands, however, behind its attractive facade of brick, illuminated by large 17th-century windows. 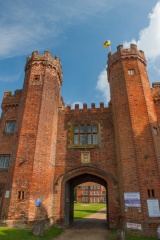 On one side of a wide lawn is the attractive church of St Botolph, built in the 14th century and featuring a marvellous early 16th-century wooden screen. In the north chapel are wonderful family tombs, but perhaps the finest monument is that of Percyvall Hart (d. 1580), which dominates the tiny chancel and stretches almost to the ceiling.

The Hart family succeeded the Peches as owners, and they later married into the Dyke family, becoming Hart-Dykes, and Hart-Dykes still own the estate at Lullingstone.

The front elevation of Lullingstone Castle suggests a Queen Anne house; indeed, what we see today was built for a visit by Queen Anne. However, the 18th-century facade only hides the Tudor core of the building. The entrance hall gives access to a great hall, with a grand staircase to one side. Beyond are a dining room and library, decorated in Queen Anne elegance but redolent of Tudor charm.

You ascend the stair to the first floor over treads intentionally made shallow to allow the visiting queen an easy passage. And is well worth the ascent, for at the top of the stair is the state drawing room, a superb barrel-vaulted chamber with an exquisitely detailed plaster ceiling, featuring traditional strapwork designs and classical medallions. The state bedroom lies beyond, with the bed in which Anne was reputed to have slept. 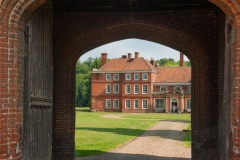 The house viewed through
the gateway arch

Also on the first floor, at the top of the stairs, is a display on the history of lawn tennis, for it was here that Sir William Hart Dyke and Edward, Prince of Wales (later Edward VII) drew up the first rules of the game.

The house interiors are not opulent in the style of, say, Chatsworth or Blenheim, but rather, comfortable and genteel. This is a family home, not a museum showpiece, and the family aspect shines through. That said, the state drawing room, with its wonderfully ornate ceiling, would grace any 'treasure house' in England.

The house is set in 120 acres of parkland and offers superb gardens, including the award-winning World Garden of Plants, with over 10,000 species of plants from across the globe. The garden had its origins in 2000, when Tom Hart Dyke, on a plant hunting expedition in the jungles of Panama and Columbia, was taken hostage by guerrillas and threatened with execution.

For nine months Hart Dyke was held hostage, and during his time in captivity he developed the idea for a garden to celebrate the 'plant hunter' and gather together in one British location a variety of plants from across the globe. He wanted to show a British audience where the plants we grow today originated. The result is the World Garden, where in one walled site you can see an amazingly varied collection of plants from around the world, some familiar, and some very unusual. 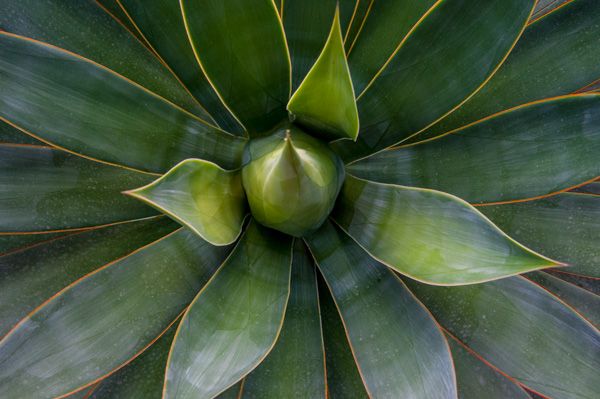 In the World Garden

We came to Lullingstone to see the historic house, thinking of the garden as a nice extra feature, but in truth, the garden deserves a visit for its own sake. There is so much of interest here, loosely arranged by geographic region. One very nice touch was a 'map' of the continents, made of plant beds and coloured stones. This helped really bring home just how much this truly is a 'world' garden.

There really is a lot to see here. The Tudor gatehouse is superb, and the view from the gatehouse entrance across the wide lawn, with the lake on one side, the tiny medieval church on the other, and the elegant facade of the house facing us, is a sight that will live long in my memory.

The castle is open regularly, and offers free access to Historic House Association members. You can reach it from Lullingstone Roman Villa (up a narrow lane from Eynsford village) or off the A225.

An old Tudor house, and house is the best word for it. Yes, it's big, yes, it has history, and yes, it has a brick gatehouse that a small family could live in comfortably. But the house itself is simple and homely. Luxurious, but not ostentatious. It is large, airy, and comfortable, but far from palatial. The current owner is a direct descendant of the original owner, and it is clear that the house has been in use all this time.

The grounds have been well tended. There is a lake, a lawn, and, the major attraction for some, the World Garden. The owner was once held hostage by a Colombian gang, and the experience inspired him to create a garden with plants from all over the world, to encourage and symbolise international cooperation. It is a walled garden with beds arranged roughly in the shapes of the continents, with a map bed in the middle.

The plants are a good cross section of different habitats, and there is plenty of information on them. For example, Eucalyptus is a very thirsty tree and is used for draining swamps. And its bark is highly flammable, in order to burn competing trees around it.

Lullingstone is small, and you probably won't spend very long there, but it is a relaxing place, a good one to visit in the middle of a long day out. 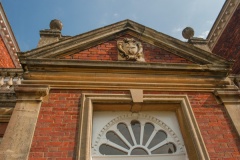 Pediment over the central entrance block 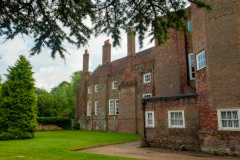 Side of the house showing Tudor brickwork 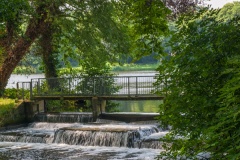 A shady weir and the 15-acre lake 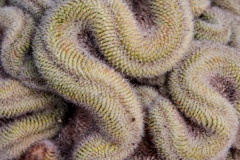 A strange cactus plant in the
'Hot and Spiky' House 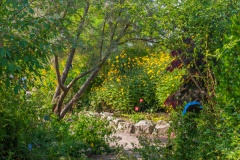 The UK and Europe area 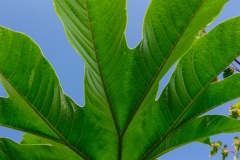 Leafy frond in the Asian garden 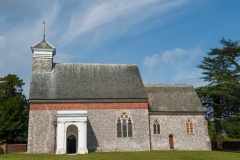 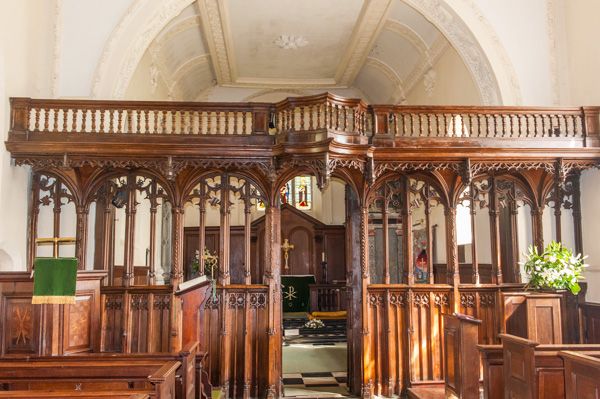 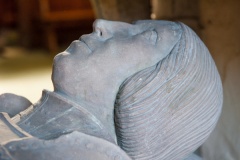 Garden: The 15th-century manor of Lullingstone Castle is home to a 2 acre World Garden, with over 10,000 species of plants from around the world. The surrounding parkland covers 120 acres, in the midst of which is a 15-acre lake.

More self catering near Lullingstone Castle >>