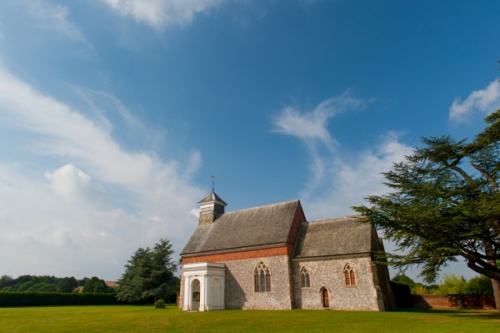 The small church of St Botolph's almost qualifies as a family chapel, so close are its ties to nearby Lullington Chapel. The church stands within the castle grounds, a stone's throw from the Tudor house erected by Sir John Peche in 1497. Peche is buried in the church, as are many of his descendants and the Hart and Hart-Dyke families that followed as castle owners.

The church dates to the 14th century though from the outside you'd think it was an 18th-century chapel. That impression is enhanced when you step through the doors into the church interior and see the beautifully elegant neo-classical ceiling.

But it doesn't take long to realise that though there are lovely Georgian furnishings, this is very much a medieval church. It was begun in 1349 in Decorated Gothic style, with a nave and chancel of flint.

In the early 16th century, a small north chapel of brick was added by Sir John Peche, primarily to house his own ornate tomb. In 1723 the nave was raised by Sir Percyvall Hart IV to enable the construction of the moulded plaster ceiling. Hart also added a simple rendered porch. 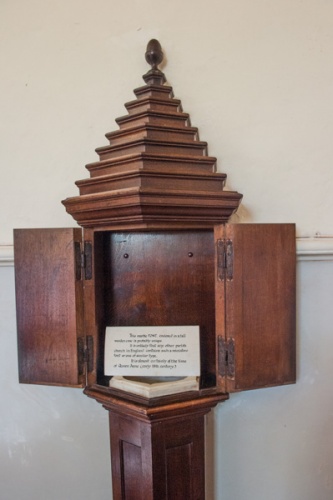 Immediately beside the door is a beautifully simple marble font encased in a wooden enclosure and set into the wall, another gift of Sir Percyvall Hart IV. So small is the font bowl that no baby could ever be immersed in it!

The font is interesting, but even better is to come, for the nave is separated from the chancel by a superb late 15th or early 16th-century wooden screen, built for Sir John Peche. The screen is decorated with Tudor roses and the pomegranate symbol of Katherine of Aragon, recalling that Sir John hosted Henry VIII at Lullingstone and held a joust in his honour just outside the gatehouse.

Also carved on the ornate screen are peach stones embellished with the letter 'E'. This forms a word pun, combining 'peach' and 'E' to make 'Peachy', which is how the family name Peche was pronounced.

On the south wall of the chancel is a huge, ornate memorial to the first Sir Percyval Hart (1496-1580); in fact, the monument takes up almost all the space from floor to ceiling. Hart is shown lying, his hands clasped in prayer, beneath a canopy decorated with cherubs and family coats of arms. The effect is quite stunning; which of course is exactly what it was supposed to be! 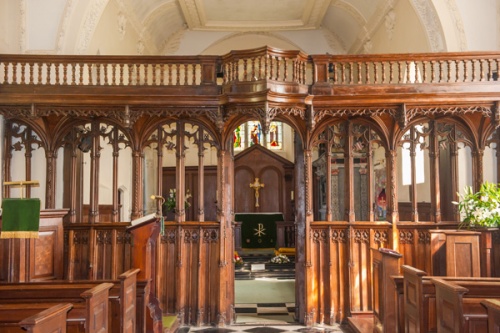 Opposite Hart's tomb is that of his ancestor Sir John Peche. His tomb divides the chancel from the north chapel. Peche's effigy lies beneath a hollow tomb chest, not on top of it. The carving is quite exceptional, with minute attention to detail.

The arched opening above the chest is wonderfully carved, and, like the chancel screen, boasts Tudor roses and the pomegranate of Katherine of Aragon, as well as Peche symbols of a peach tree, and a lion with a forked tail.

The north chapel is dominated by three tombs. To the east, beneath a large window, is the tomb of Sir George Hart, son of Sir Percyvall, and his wife Elizabeth Bowes. Unusually, the effigies do not show the couple in an attitude of prayer, rather, they are depicted holding hands, a rather romantic touch and unusual for the period.

At the foot of the tomb are contrasting figures of a cherub kneeling atop a skull, and a gaunt skeleton in a shroud, representing Death. Facing this striking tomb and taking up the entire west wall of the chapel is an amazing monument to Percyvall Hart IV, who is remembered as 'the Munificent Repairer and Beautifier of this Church'.

Against the north wall is a large memorial to Hart's only child, his daughter Anne. Anne married Sir Thomas Dyke, beginning the Hart Dyke family that still own Lullingstone Castle. 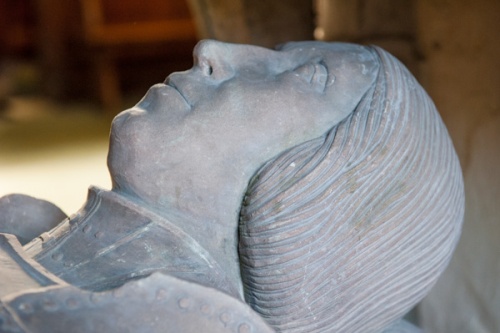 One feature of St Botolph's that I haven't mentioned yet is the wonderful stained glass. The oldest glass is gathered in the north window of the chapel and dates to the 14th century. Even more interesting is a collection of 16th century Anglo-Flemish glass, produced by the Southwark School, and a gift of Sir John Peche.

This glass is in the south nave window and shows St John the Baptist, St George slaying the Dragon, and the martyrdom of St Erasmus. TMore Elizabethan glass, also given by Sir John, is in the large east window. There is more 16th century glass in the south chancel window.

And that's not all; there are wonderful glass panels created by William Peckitt for Sir Thomas Dyke in the 18th century. One of the most unusual shows St Botolph, to whom the church is dedicated, in the clothing of a 17th century cleric. At least, that's the theory, but the more I look at the likeness the more it looks like a man's face stuck onto the body of a woman.

St Botolphs is an absolute gem, one of the most enjoyable churches I've visited in Kent, and it deserves a place on your list if you have even the slightest interest in historic churches! 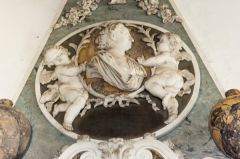 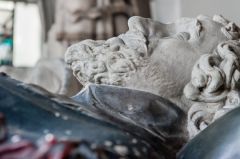 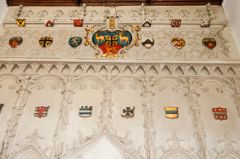 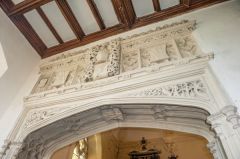 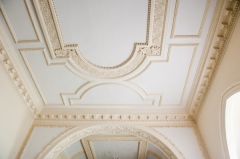 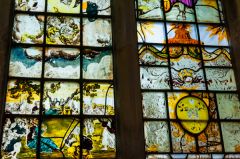 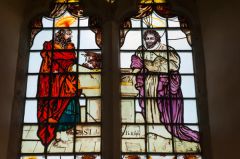 More self catering near Lullingstone

More bed and breakfasts near Lullingstone