Home of Charles Darwin (Down House) 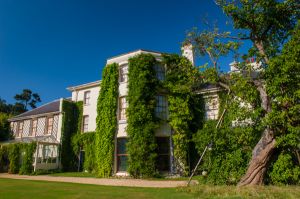 Home of Charles Darwin (Down House)

Down House is a simple 18th-century house where naturalist Charles Darwin and his family lived and where he wrote his groundbreaking work 'On the Origin of Species by Means of Natural Selection'. The house has been restored to the way it was when Darwin lived here.

Darwin moved into Down House with his family in 1842 and stayed here until his death in 1882. He wanted a peaceful country retreat where he could study nature and evolve his scientific theories, and he found that inspiration in the rural village of Downe (note the difference in spelling!). Though Darwin's experiments and writing took up much of his time, he served as local magistrate for many years from 1857. He also helped found and served as Treasurer for the Downe Friendly Society, a form of local aid charity.

The house itself dates to about 1730, on the site of a still earlier 17th-century house. It was enlarged and remodelled several times, most notable during the Darwin family's residence. When the Darwins moved in, Down House was a simple rectangular block (Darwin called it 'ugly' in a letter to his sister), with a few acres of undeveloped grounds. One of the first things Darwin did after moving in was to have the lane outside the house diverted and lowered to create more privacy for himself and his family. 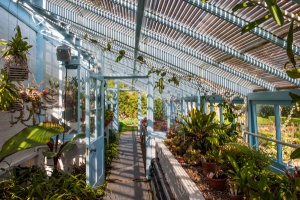 The next step was to create a kitchen garden, protected by stone walls on three sides, with a hedge on the south side to let filtered sunlight in. Darwin used a corner of the kitchen garden for experimental beds, where he tested theories of plant development and evolution.

After the publication of The Origin of Species in 1859 Darwin spent the last 2 decades of his lie conducting botanical experiments in the garden and greenhouse. Beside the greenhouse was as hothouse for creating special growing conditions.

In the hot house you will find exotic species of orchids and examples of carnivorous plants. Beyond the garden is the 'Sandwalk', laid out by Darwin, and know as his 'thinking path', where he would get exercise and contemplate. The Sandwalk is where Darwin came up with many of his most important ideas.

A dozen of Darwin's experiments with plants have been recreated for modern visitors to Down House, including a weed experiment which helped him evolve his theory on evolution and the struggle for existence. See the 'Wormstone' where Darwin and his son Horace measured the movement of soil by earthworms, and the croquet lawn, where endangered species of waxcap fungi grow.

The lower floor of the house portrays the family life of the Darwins, while the first floor contains exhibits on the life of Charles and his wife Emma.  One of the more unusual highlights inside the house is a full-scale replica of Darwin's cabin on the HMS Beagle. The study where Darwin wrote 'On the Origin of Species' has been restored to the way it looked when he worked here.

One of the things that really struck me about visiting Down House is that it was first and foremost a family home. This is not a museum of Darwin's life and work, but the house where he and his 10 children played, explored, experimented, and grew. If you are interested in Darwin's life and his contribution to science, Down House is a treasure, but even if you are not, it offers a wonderful glimpse into a mid-Victorian family, in a peaceful and idyllic countryside setting. 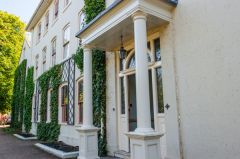 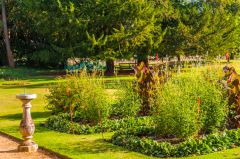 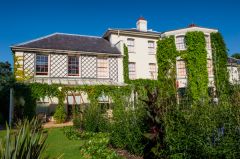 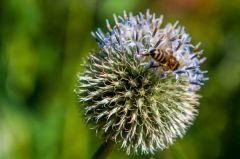 Nearest Accommodation to Home of Charles Darwin (Down House):

More self catering near Home of Charles Darwin (Down House) >>

More Hotels near Home of Charles Darwin (Down House) >>

More bed and breakfasts near Home of Charles Darwin (Down House) >>