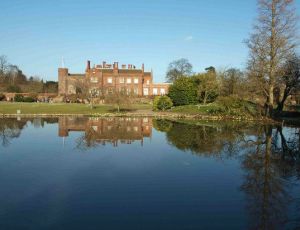 Hodsock Priory
An historic moated manor house with a history dating back to the Domesday Book, Hodsock has welcomed royalty on at least 4 occasions. Now known primarily for its annual display of snowdrops in the 12 acres of woodlands that surround the house.

Hodsock is primarily a wedding and conference venue today. The main interest for casual visitors are the gardens, which are famous for their snowdrop displays in Spring (usually February to early March). There are 12 acres of woodland and 5 acres of formal gardens.

In addition to the snowdrop display in the woodland, there are free history talks about the property and its owners. There is a waymarked snowdrop walk which takes roughly 60-90 minutes. It's a good idea to wear waterproof footwear in case the ground is soggy.

The Hodsock estate has a remarkably long history. It is recorded in the Domesday Book, so it seems likely there was an earlier Saxon manor here. From the middle of the 12th century, the estate was owned by the Cressey family. At least three reigning kings visited Hodsock, including Henry II, King John, and Edward I.

Then in the 15th century, the house passed to the Clifton family, who retained it through 14 generations. It was never the family seat, however, and after the Clifton's were hit with a heavy fine for supporting the Royalist cause in the Civil War the house here was allowed to decay, and it became little more than a large farmhouse. 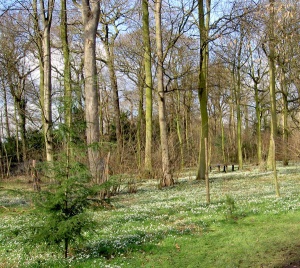 In 1765 the Cliftons sold Hodsock their neighbours, the Mellish family. This is only time in its long history that Hodsock has been sold.

The first two Mellish owners, William and Charles, were sober enough characters, but their heirs were anything but; Joseph Melish was disinherited for his extravagance. His younger brother Colonel Francis Mellish was not much better; he wasted his fortune gambling on horses and the estate passed to his sister.

The building we see today really took shape in the 1820s when architect Ambrose Poynter was appointed to build a new south wing in fashionable Gothic Revival style.

Then in 1873, Mrs Margaret Mellish brought in George Devey to rebuild Hodsock. Devey's speciality was designing modern country houses that looked as if they had sprung organically from ancient roots, and what he created at Hodsock was a Victorian mansion that looks like it has been lost in a romantic fairy tale time-warp.

Today Hodsock remains a family home, set in superb formal gardens and extensive woodland. Parts of the house have been converted to serve as meeting and conference space, and to create 10 luxury B&B suites. 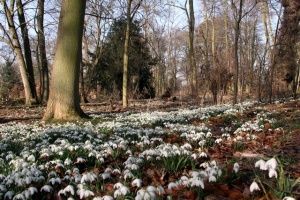 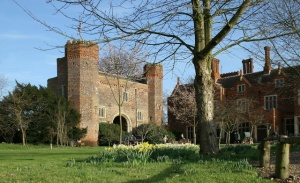 Images are the copyright of their respective photographers, republished with gratitude under a Creative Commons license

More self catering near Hodsock Priory >>