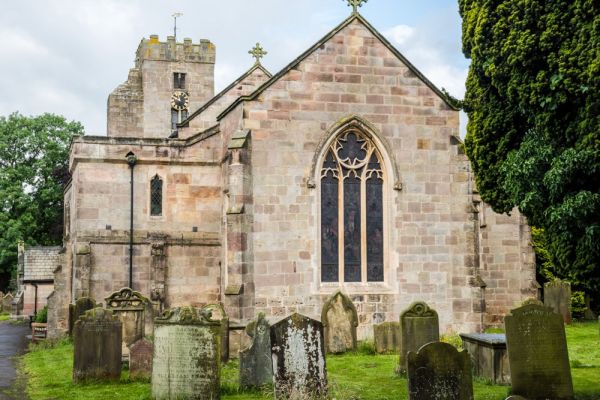 Sometime around the year 1395 Sir Thomas Ingilby of Ripley Castle, near Harrogate, built a church opposite his castle to replace an earlier chapel half a mile to the south that was suffering from subsidence. The chapel's condition had become so desperate that it became known as the 'Sinking Chapel'.

Sir Thomas reused carved stones from the earlier chapel and created a very simple building with a nave, north aisle, chancel, a two-storey chantry, and a stumpy west tower. Within a few decades, a south aisle and north chapel were added along with a small chantry.

The church remained unaltered until 1567 when Sir William Ingilby (1518-1578) had the tower heightened. He gave the tower its distinctive external turret stair and added a clerestory to the nave.

Against the exterior of the south wall are gravestones salvaged from the Sinking Chapel. With the gravestones is a stone coffin now used as a flower bed.

In 1720 a later Ingilby dug a family vault under the floor of the Patron's Choir. During construction, a spring was uncovered. The builders dug a channel to direct the spring waters under the choir to the southeast corner of the churchyard. The spring water was said to be remarkable for its purity and sweet taste. 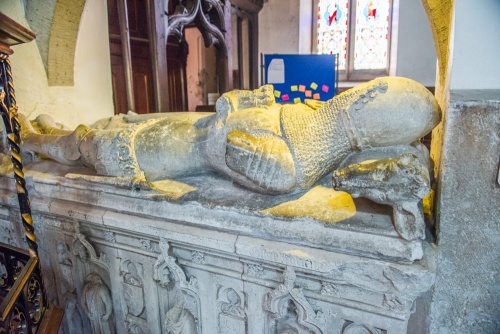 Thankfully, Sir Thomas Ingilby salvaged family tombs from the ancient chapel. The oldest is an effigy tomb chest of another Sir Thomas, who died in 1369. According to legend, Sir Thomas Ingilby was a Justice of the King's Bench. He was knighted by Edward III after he saved the king from an attack by a wild boar. As a consequence, Ingilby adopted the figure of a wild boar as the family emblem.

Sir Thomas is shown in a basinet (a helmet with a visor), with his feet resting on a lion. Beside him is his wife Edeline in a wimple, with her feet resting on a dog. The couple's heads rest on the figure of a wild boar. On the sides of the tomb chest are figures of the couple's six children.

Between the south aisle and the chapel is a 14th-century parclose screen. This is thought to have served as the rood screen of the earlier 'Sinking Chapel', cut down to fit a smaller space. The central opening is carved from a single piece of oak. 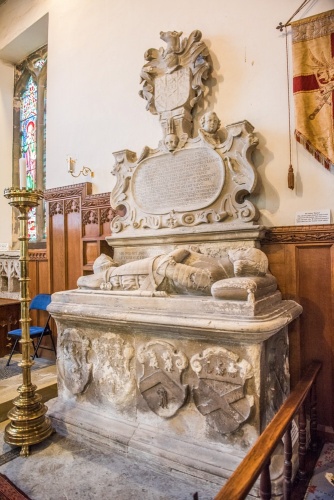 On the south side of the sanctuary is a tomb chest in memory of Sir William Ingilby (1546-1617), depicted in full armour, save that he is bare-headed, with his helmet standing by his feet. Above the effigy is a cartouche with symbols of mortality. The epitaph compares Sir William to a single bee - a pun on the Ingilby family name.

Below the cartouche is a later inscription reading 'NO POMPE NOR PRIDE / LET GOD BE HONOURED'. This is thought to have been carved in 1644 when the church was occupied by Cromwell's soldiers following the Battle of Marston Moor. Sir William had been a well-known Roman Catholic and was popularly suspected of involvement in the Gunpowder Plot of 1605. The soldiers had long memories!

Sir William was succeeded by his nephew, another Sir William Ingilby, who supported the Royalist cause in the Civil War. Clearly, Cromwell's soldiers knew the family history. 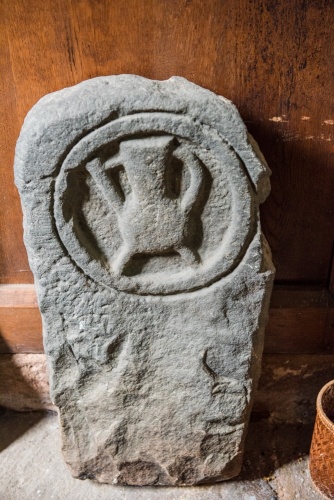 In the Patron's Choir on the north side of the chancel are more brass and marble memorials to the Ingilby family. a trap door in the floor leads down to the family burial vault.

Look for a peculiar carved stone with the figure of an antique flagon. This flagon carving has puzzled historians for centuries. Is it a sacramental vessel installed over the grave of a priest? Does it depict a cauldron suggesting the trade of a dead person (e.g. a brewer)?

Under the tower is an octagonal font, donated to the church in 1863. 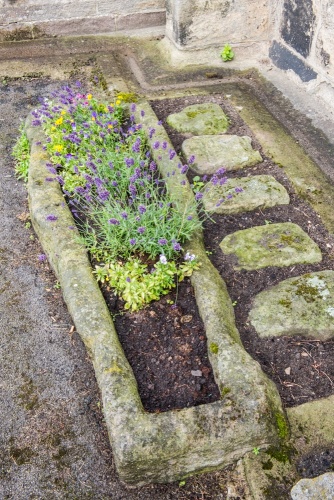 The most intriguing feature of all Saints Church is a very unusual 'Weeping Cross' in the churchyard. This takes the form of a circular tub on a wider circular base, with a wooden cross set into the top of the tub. The base has eight niches built into it. The niches are thought to have been used as knee holes by pilgrims kneeling at the base of the cross. The origins of the Weeping Cross are unknown, and it is thought to be the only example in England.

Why is it called a 'weeping' cross?

The name suggests that it was a place of atonement, grief, or repentance. It may have been connected to the Feast of Corpus Christi, which encouraged public atonement for sins. Such festivals were a common occurrence during the medieval period. The feast day of Corpus Christi occurs on the first Thursday after Trinity Sunday (60 days after Easter), which makes it in late May or early June. 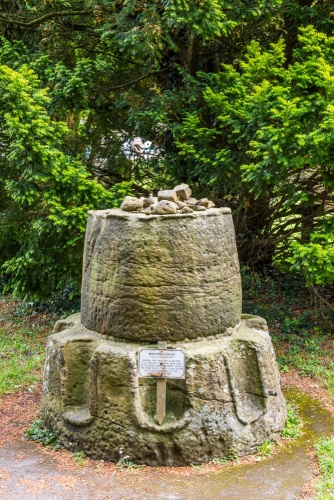 The Weeping Cross (minus its wooden cross)

All Saints Church is directly across from the entrance to Ripley Castle. There is no easy parking place but there is a large car park at the southern edge of the village a short walk away. The church was open when we visited and is well worth a visit to see the Weeping Cross and the Ingilby family tombs.

Do take the time to stroll around Ripley village; it is an incredibly picturesque model estate village created in the 1830s by Sir William Ingilby who had been inspired by an estate village he saw while travelling in France. 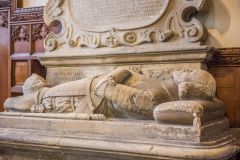 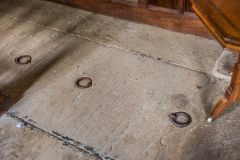 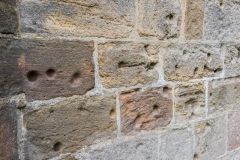 More self catering near Ripley, All Saints Church

More bed and breakfasts near Ripley, All Saints Church

Self Catering near Ripley