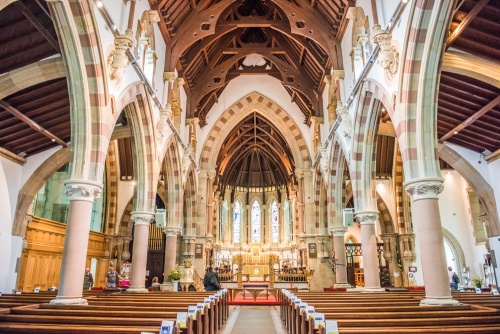 St Peter's Church is a landmark in central Harrogate, with its striking tower making it unmissable. The church is an excellent example of Victorian Gothic architecture, boasting exceptional 19th-century stained glass.

As Harrogate became a popular spa town in the middle of the 19th century its population grew rapidly, fuelled in part by the arrival of the railway in 1862. To meet the needs of the expanding population a new church was needed in the town centre. The result was St Peter's Church, which was consecrated in 1876 - though the impressive tower was not completed until 1926.

Before the new church could be built the town needed a plot of land. Up stepped Mary Anne Fielde, who gave her house to act as the vicarage, with a garden large enough to hold a church and school. The school was the first part of the project to be built, beginning in the middle of the 1860s. The church served as a place of worship as well as a place of learning until the new church building could be erected. 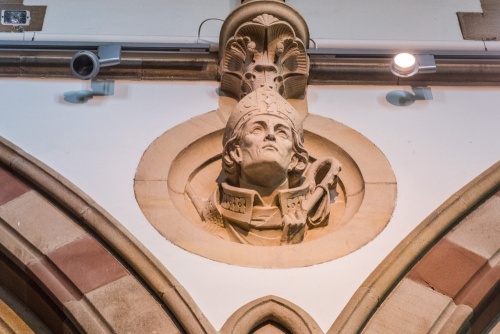 Archbishop's head carving in the nave

The church architect was JH Hirst of Bristol, who designed in Decorated Gothic style, with elements drawn from medieval French architecture. The design was executed by the fashionable Victorian architect GF Bodley, who gave the Golden Gates that give access to the church.

One of their windows serves as a WWI memorial and has a centrepiece copied of a cartoon from Punch magazine depicting the Unknown Warrior, captioned with 'Who goes there?'. The large east window above the altar was given by Mary Anne Fielde and cost £25. 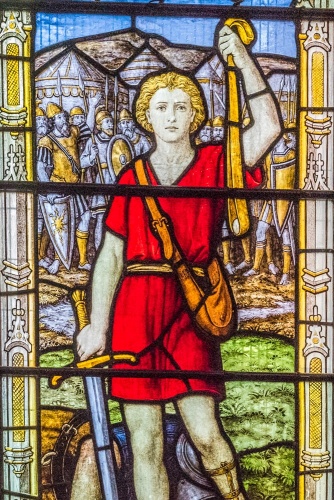 Much of the interior woodwork as produced by the Robert 'Mouseman' Thompson studio of Kilburn. Look for the trademark carved mice adorning surfaces in the Lady Chapel, the entrance porch, and the altar rail.

The interior features carvings by a pair of outstanding Victorian sculptors, Harry Hems and William Pashley. Look for eight carved heads in the nave depicting Archbishops of York and Canterbury. These are Pashley's work, as are the roundels over the front and rear doors. against the back wall is the town war memorial, designed in bronze by William Walker. Among the names listed on the memorial are two former students of St Peter's, Private Hull and Captain Bell. Both Bell and Hull were awarded the Victoria Cross for valour. 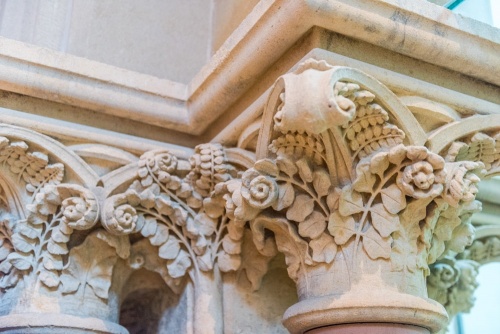 The first vicar of St Peter's was Rev Lundy Foote, who served for 50 years before retiring in 1922. Likenesses of three of Foote's sons are in the south aisle window nearest the entrance. Behind the high altar is an ornate reredos designed by GF Bodley, given as a memorial to Canon Foote and a bronze memorial in his honour is under the right-hand angel, just behind the gilded gates.

St Peter's Church is an outstanding example of Victorian neo-Gothic style. The church is normally open weekdays and was open when we visited. 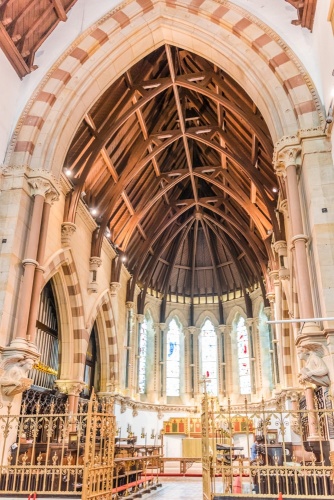 St Peter's Church is at the junction of Cambridge Street and Cambridge Road, a short stroll from the war memorial and Betty's Tearoom in the heart of historic Harrogate. There is no dedicated parking but there are several pay and display car parks in the area. The church is not signposted but its tower is a prominent landmark in the town centre and it is impossible to miss. 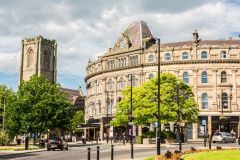 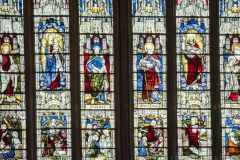 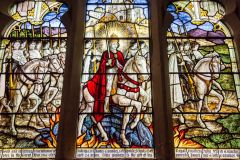 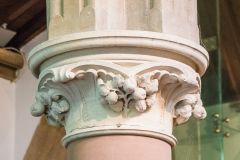 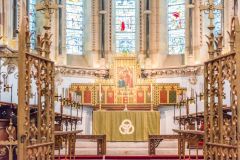 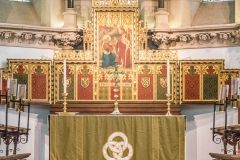 The Cottage at Nidderdale
Harrogate
Sleeps 7, from £454.00