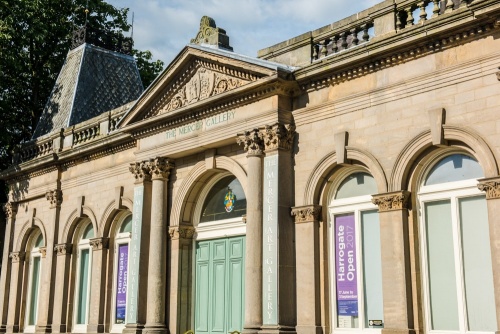 A short stroll from the historic Royal Pump Room in the heart of Harrogate stands the Mercer Art Gallery, showcasing Harrogate District's collection of fine art. There are over 2,000 pieces of art in the collection, focussing mainly on Victorian and 20th-century artists.

Only some of the gallery collection is on display at any one time, along with works by modern artists from the local area.

There are two spaces within the Gallery, the Main Gallery and the smaller North Gallery Both spaces host a variety of new and old works including touring exhibitions from across the UK and works from the permanent collection. The focus is varied, with works from multiple disciplines including photography, painting, sculpture and crafts. 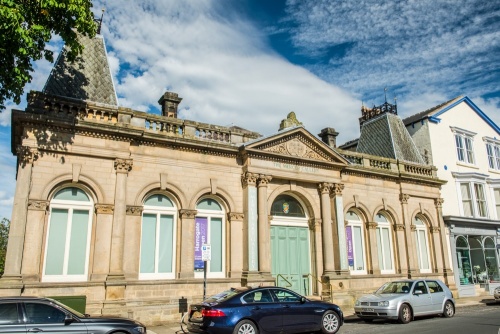 The Gallery from across Swan Road

The Mercer Gallery is located in the historic Harrogate Promenade rooms, one of the first spa buildings erected in the town. The Promenade Rooms opened on 16 June 1806 as a venue for visitors to socialise to a backdrop of organ music.

In 1839 it was renamed the Victoria Reading Rooms and Library and was used as a venue for public gatherings such as lectures and meetings. Then in 1900, it was transformed into an elegant theatre, welcoming to its stage such luminaries of the art world as Oscar Wilde, Sarah Bernhardt, and Lily Langtree.

Then it was transformed once again, becoming the Harrogate Town Hall before serving as the District's housing benefits office in the 1980s. Finally, in 2001 the historic building was restored and reopened as the Mercer Art Gallery.

The gallery was badly needed, for in 1984 paintings from the District's art collection were discovered lying in the flooded cellars of the Royal Baths. That was the final straw - thankfully - and work began on restoring the Promenade Rooms in the following year.

The gallery takes its name from the painter Sidney Agnew Mercer, who spent most of his life in Yorkshire and whose sons donated £50,000 towards the cost of restoring the Promenade Rooms. 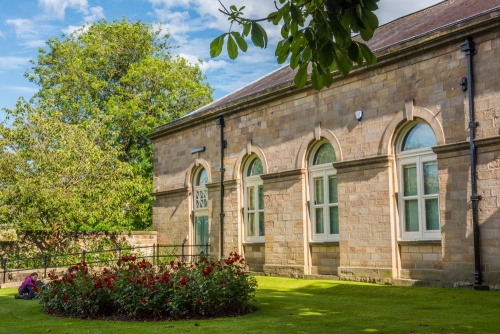 Items from the permanent collection are rotated, so you are always going to see something new every time you visit. It is worth checking the gallery website for details of the current exhibition.

Unfortunately, we were not allowed to take photos of the Gallery interior.

The gallery is free to enter. 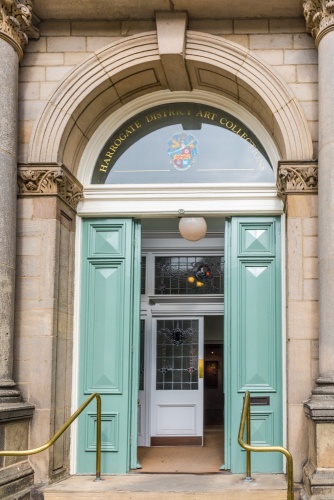 The Mercer Art Gallery is just 100 yards from the Royal Pump Rooms, around the corner on Swan Road. There is no dedicated parking (indeed, parking in central Harrogate can be a challenge) but there are several pay and display parking areas within a short walk.