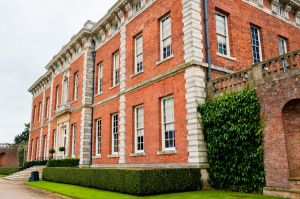 Beningbrough Hall is a lovely early 18th century mansion built in red brick by John Bourchier. Bourchier was greatly influenced by the Italian architecture he encountered on a Grand Tour, and his marriage a wealthy heiress, Mary Bellwood, gave him the wherewithal to rebuild his family home at Beningbrough in elegant style.
Bourchier did not employ an architect; he designed and built the house himself, with the aid of William Thornton, who had worked with Vanbrugh on nearby Castle Howard. While Castle Howard overwhelms the senses, Beningbrough Hall is an understated, refined house hidden behind a red brick exterior that seems simple, almost plain. At the centre of the house is a spacious Hall leading to a dining room, saloon, and grand staircase.

The restrained Baroque style of the interior is a delight, and the house serves as a showcase for early 18th century portraits, displayed in period surroundings as part of a joint project between the National Trust and the National Portrait Gallery. Over 120 portraits of famous historical figures are on display, together with collections of porcelain and period furniture. There is a series of portraits by Godfrey Kneller of members of the famous Kit-Cat Club, a group of prominent Whig statesmen determined to secure the Protestant succession after Queen Anne's death.

Beningbrough offers more than a traditional gallery exhibition of art, however; there are audio-visual interactive displays, and opportunities for children and adults to learn first hand how to create sculpture and costumed portraits.

Perhaps the prize item on show to visitors is Lord Chesterfield's state bed, resplendent in red damask. The bed was brought to Beningborough from Holme Lacy in Herefordshire.

The Hall is set in six acres of beautiful gardens, comprising lawns, formal garden areas, and a popular Walled Garden featuring over 20 varieties of apples and pears. Beside the Hall is the Victorian Laundry, with both Dry and Wet rooms.

Verdict: a lovely Baroque house with a superb collection of historic art. The understated exterior hides a wonderful interior full of interest, especially the collection of Kneller portraits. 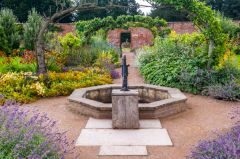 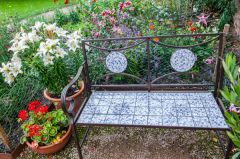 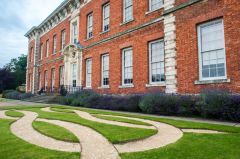 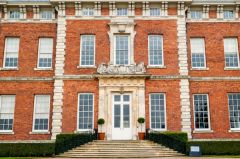 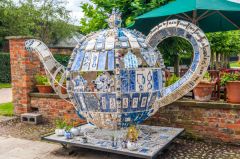 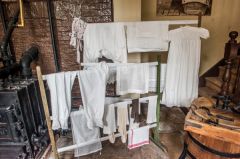 More self catering near Beningbrough Hall >>