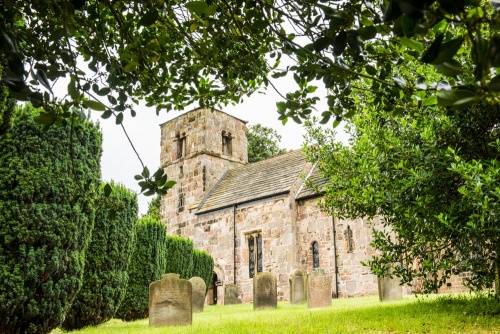 The pretty Yorkshire village of Kirk Hammerton is home to one of England's finest country churches, begun in the 10th century and still boasting Saxon stonework - possibly incorporating Roman stones.

The first church in Kirk Hammerton was erected sometime around AD 950, though there may have been a church here a century earlier. That first building was dedicated to St Quentin but the dedication was changed to St John the Baptist sometime after 1667.

The south aisle and the west tower date to the Saxon period as does the west door. The tower is remarkable; it seems to have changed very little since it was first erected around AD 950. 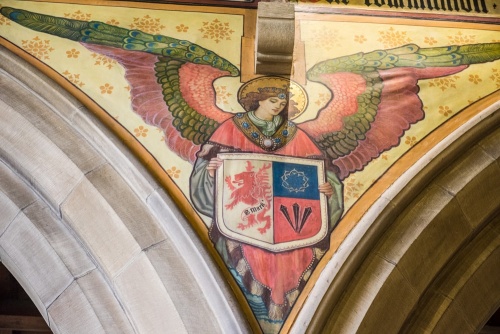 The church was mentioned in the Domesday Book of 1086 where it was recorded that Kirk Hammerton had 'land for several ploughs, a mill, a fishery, a church, and a priest'. Around 1150 the church was granted to the Priory at Nun Monkton and the Priory appointed a priest. The priests lived on the far side of the River Nidd in Tockwith.

The south aisle was the original Saxon chancel and has an ancient piscina that might come from that first church.

Sometime around 1150, the north wall was removed and an aisle added, with an arcade in Early English style. That 12th-century architecture was swept away in over-enthusiastic restorations in 1834 and again in 1890. 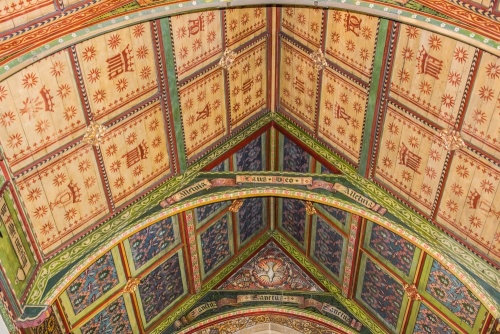 No Saxon windows remain from the original church but there is a 12th-century lancet in the chancel. Below this is a sedilia with a Norman base.

The altar is made from a Tudor table and behind it is an oak reredos made from painted Dutch panels. The east window was designed by Charles Eamer Kempe, the foremost stained glass artist in the late Victorian period, while the rest of the windows have glass in the same style.

In the south-west corner of the nave is an old font installed to the reign of Charles II. 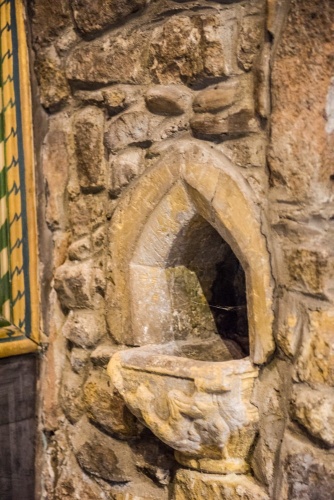 Perhaps the most striking feature is a set of wall paintings made by George Ostrehan, a stained glass artist who exhibited at the Royal Academy. Ostrehan took five years to complete the murals, beginning in 1895 and finishing in 1900. He sadly died shortly after.

Ostrehan was also responsible for painting the reredos on a set of 16th-century Dutch panels. The reredos depicts scenes from the life of Christ and each scene has a caption in Dutch. 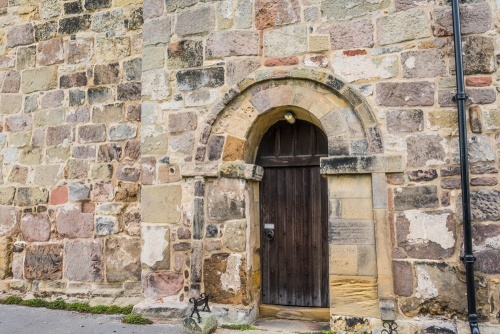 The very useful church guidebook asks an interesting question - why was such an impressive stone church built at a time when almost all buildings were timber? The answer seems to be that a supply of locally-quarried Roman stones was available. Certainly, many of the Saxon stones appear extremely large for the time period but are similar to known Roman buildings.

St John the Baptist Church s in the village centre, near the junction of Church Street and Chapel Street. There is no dedicated parking that we could see, so we parked on the side of Chapel Street. The church was open when we visited. 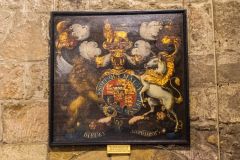 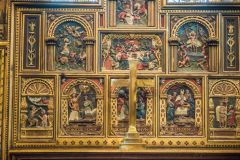 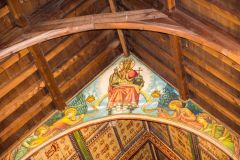