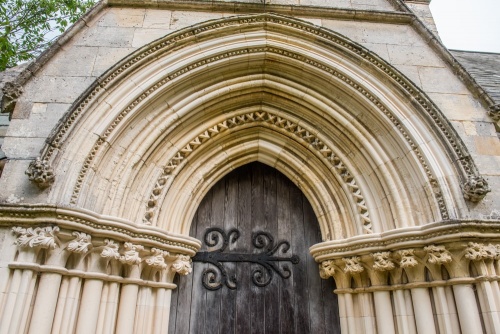 The attractive village of Skelton lies immediately north of York beside the River Ure and the A19 north to Thirsk. At the north end of the village is a low rise, but given the flat nature of the land, the rise is the highest point for miles.

Atop this rise - it is too low to be seriously called a hill - stands one of Yorkshire's hidden treasures, a wonderful medieval church, dedicated to St Giles. Skelton's medieval church is one of the most complete and unaltered 13th-century churches in England and was included in Simon Jenkin's popular book 'England's Thousand Best Churches'.

There is no one particularly outstanding feature of St Giles' Church; what makes it worth visiting is the fact that it has been so little altered since it was built. 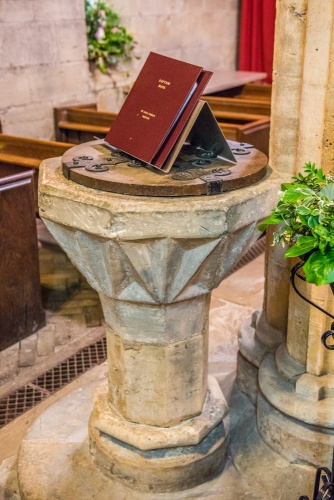 Sometime around 1240 Roger Haget, the Treasurer of York Minster, gave money to build a church at Skelton. Seven years later in 1247, he gave an annuity to provide a living for the first priest, Robert of Leeds.

The 13th-century building was very simple, with a rectangular nave and chancel and a bell tower at the west end. Mason's marks on the stones suggest that they were carved by the same craftsmen who were working on the transepts of York Minster at that time. St Giles' Church has remained essentially unaltered since it was built.

From its inception, Skelton parish belonged to York Minster. After the Dissolution of the Monasteries under Henry VIII, the parish came under Crown control. In 1577 Elizabeth I leased it to William Gourley. In 1590 the queen granted Skelton outright to Edward Downing and Roger Rante, but the turned a quick profit by immediately selling it to Thomas Scudamore of the neighbouring village of Overton. 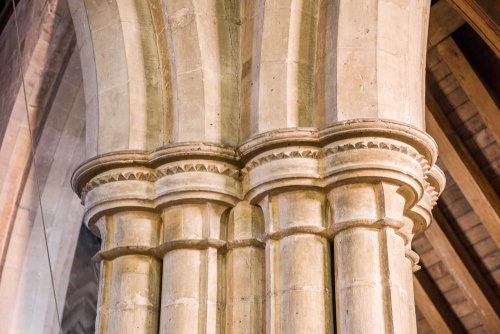 Thomas' son William sold the rectory and the church living in 1623 to the Ingram family, who, in turn, sold them to the lord of the manor. For the next 305 years, the lord of Skelton manor had the right to present the rector.

The church was restored twice in the Victorian period, once in 1814 and again in 1882.

There are fragments of medieval glass in the west nave windows, but the rest of the window glass is Victorian. The richly coloured east window was installed in 1878 in memory of Francis Stafford Thompson. 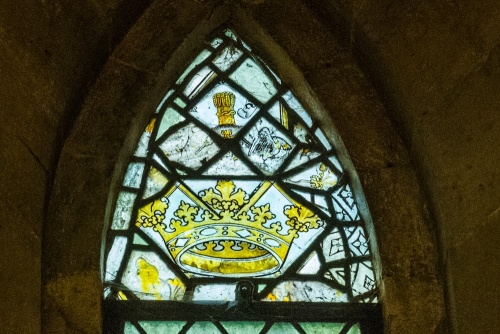 Medieval stained glass of a crown

Set into the floor near the altar is a grave slab to Henry Graham, son of Rev John Graham, the rector of St Saviour's Church in York. The younger Graham died in Naples at the age of 24. The epitaph makes interesting reading. It says in part:

Amidst the ardent pursuit of improvement
in his profession as an architect,
and the dissipating and corrupting air of foreign lands,
the sound principles of religion and morality,
imbibed under his parental roof,
never lost their influence upon his heart or practice.

In other words, he didn't 'go native' whilst staying in Italy before his death. Presumably, the reference to corruption refers to staying Anglican and not being swayed into Catholicism. 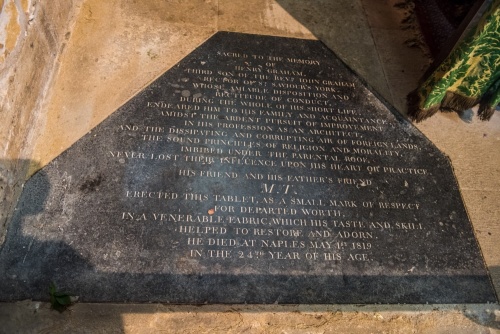 Look for holes in the stonework near the doors and windows. These are thought to date from 1745 when Bonnie Prince Charlie's Jacobite army marched south in a bid to take the throne. The parishioners made preparation to board up the church in case the army came near York.

Around the walls are several brass memorial plaques to members of the Place family, lords of Skelton manor for centuries.

In the vestry you can see a memorial to the parents of Sir Richard Hotham, who gave money for pews and erected 14 cottages for the residents of Skelton. Sir Richard is best known as the man behind the planned seaside resort of Bognor Regis, England's first bathing resort.

Perhaps the finest memorial is to Tomlinson Bunting (d) 1768). 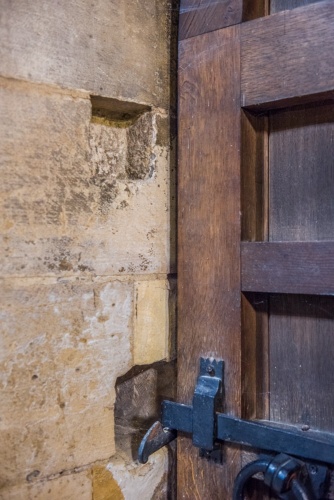 1745 holes for barring the entrance

St Giles' Church is at the junction of The Green and Church Lane on the northern edge of Skelton, just off the A19. There are three exits off the A19 to Skelton. If you are coming from the direction of York take the last exit on the right (Church Lane). We didn't see any dedicated parking but it was easy to park along the lane.

The church is normally open daily to visitors and was open when we visited. 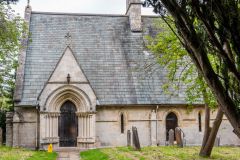 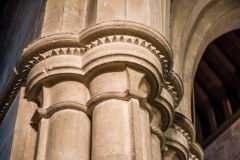 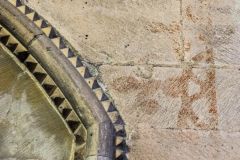 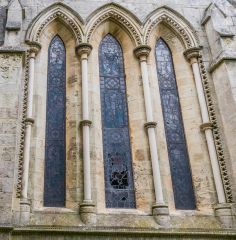