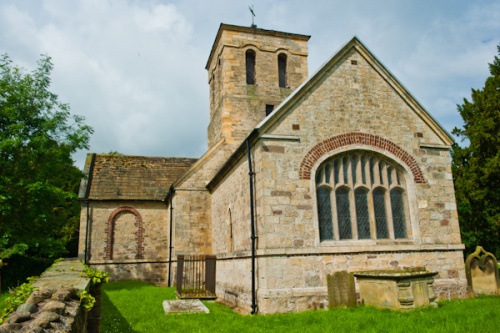 The parish church at Allerton Mauleverer stands outside Allerton Castle estate, home of the Mauleverer family for almost seven centuries. A Mauleverer ancestor founded the first St Martin's church in the late 12th or early 13th century, and it was possibly associated with the nearby priory of Allerton Mauleverer.

It was left to a much later descendant of the family, Richard Arundell, to rebuild the medieval church in 1745 to create the building we see today.

The new church was constructed in Norman style, but many medieval features were retained, and numerous medieval memorials found a home in the new church, including the tombs of generations of Mauleverer family members.

The interior has a lovely hammerbeam roof, and Georgian pews, benches, and carved pulpit. Above the chancel arch is a very large and richly coloured painting depicting Moses and Aaron. 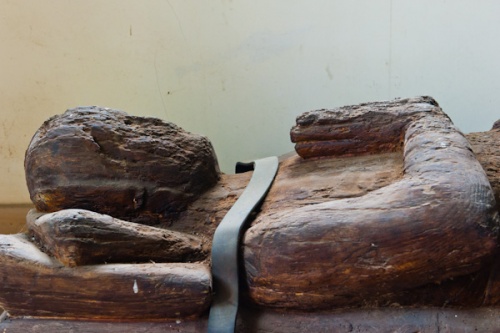 A 13th-century wooden effigy of a knight

There is a 14th-century nave arcade with octagonal pillars looking a bit odd with no capitals.

The church is no longer in regular use and is cared for by the Churches Conservation Trust. Just a short stroll away is Allerton Castle, a Victorian Gothic mansion on the site of the earlier home of the Mauleverer family. 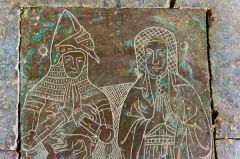 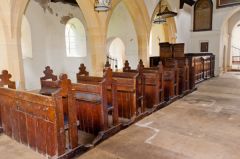 Chapel of Our Lady of the Crag - 4 miles (Historic Church)