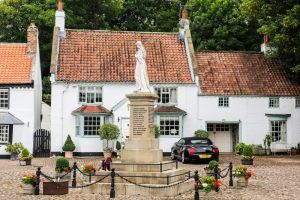 Boroughbridge is a small town north of York, Yorkshire. Just outside the town is Aldborough, site of the Roman town of Isurium. To the west of Boroughbridge are the so-called Devil's Arrows; three huge prehistoric standing stones.

When the Romans settled the north of England they established a major centre at Aldborough, on the route of a long-distance road known as Dere Street. When the Normans conquered the same area some 1100 years later they changed the course of Dere Street to cross the River Ure at a more convenient spot. A settlement grew up around the bridge and this new settlement became the town of Boroughbridge, from the words 'borough on the bridge'.

The manor of Boroughbridge was held by Edward the Confessor and thus passed directly to William the Conqueror after the Norman Conquest. Even though it was - in theory - held by the king, the manor suffered massively in the aftermath of William's 'Harrying of the North'. Henry III granted the estate to Hubert de Burgh, but when Hubert's son rebelled against the crown he forfeited the manor back to the crown.

In the 18th century, the town became an important coaching stop on the Great North Road route between Edinburgh and London and there were as many as 22 coaching inns serving travellers.

Perhaps the most iconic sight in Boroughbridge is the town pump, the gift of Mrs Lawson of Aldborough Manor in 1875 in memory of her husband Andrew, who had died 3 years earlier. The extravagant canopy that tops the pump is perhaps the most ornate in England.

Another historic structure - though in a different way - is the Black Bull pub, the oldest inn in the town, with parts of the building dating to the medieval period, perhaps as early as the 12th century. As befits such an old building, the Black Bull has a resident ghost, though the ghostly activities seem to limit themselves to kitchen implements and chairs being found in unexpected places without anyone having moved them. 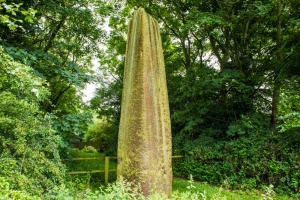 One of the Devil's Arrows

On the edge of town stand three large Bronze Age standing stones, erected in a row. These stones are collectively known as the Devil's Arrows. The tallest stone stands an impressive 22 feet high. The first written record of the stones comes from antiquarian John Leyland, who records 4 stones. The fourth stone was broken up by treasure hunters, and the pieces used to build a small bridge across the River Tutt.

In 1322 Boroughbridge was the site of a battle between Edward II and the Duke of Lancaster, in which the former emerged victorious. The battle site ranged on both sides of the River Ure, along the line of the Great North Road north of the town.

There are walks along the river, and a short distance from town is Staveley Nature Reserve, a superb wetland habitat. Three miles away from Boroughbridge is the stately home of Newby Hall. 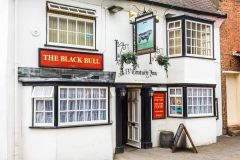 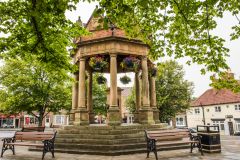 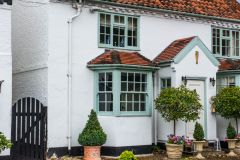 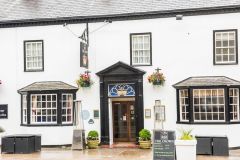 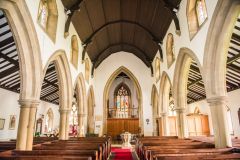 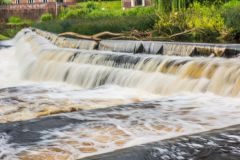 More self catering near Boroughbridge >>

More bed and breakfasts near Boroughbridge >>