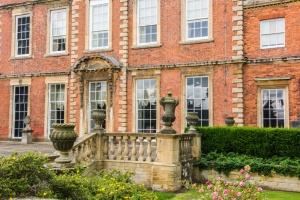 Newby Hall is a superb late 17th-century house, designed by Sir Christopher Wren, with elegant interiors by Robert Adam. The house features a wonderful collection of historic tapestries, classical sculpture, and furniture by Thomas Chippendale. The house is set in 25 acres of formal and informal gardens, including one of England's longest herbaceous borders.

Newby was built around 1697 for Sir Edward Blackett on a site that had been occupied since at least the 13th century. Blackett purchased the estate from the Crossland family and proceeded to demolish their old manor house near the river.

The architect is traditionally presumed to be Sir Christopher Wren, who designed a three-storey block in red brick. Famed diarist Celia Fiennes visited the freshly built Newby Hall in 1697 and recorded in her diary that it was 'the finest house I saw in Yorkshire'.

The house was sold to the Weddell family in 1748, and it was William Weddell who was responsible for creating much of the house we see today. Weddell was an educated man, and like many of his generation he was heavily influenced by the classical architecture he saw on an extended Grand Tour of Europe.

When he returned from his tour in 1766 he brought with him an enormous collection of classical sculpture - 19 chests from Rome alone - and it was partly to create a suitable environment to show off his sculpture and Gobelin tapestries that he asked some of the leading architects of the day to help redesign Newby Hall. 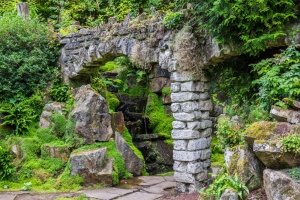 A picturesque arch in the gardens

Weddell called in John Carr of York to add two east wings to Wren's earlier house. Carr also turned the house on its axis and rebuilt much of the central block. The next to step in was Robert Adam, the most famous neoclassical architect of the day.

Adam designed (or redesigned) a Statue Gallery to showcase Weddell's sculpture collection. He also designed decoration for the Tapestry Room and for other major rooms in the house. The east porch, now the main entrance, was added by William Belwood, a local architect. Belwood also designed the stables and entrance lodges.

Newby passed in time to Thomas Robinson, 3rd Lord Grantham. Grantham personally designed a new dining room in 1808 and turned Adam's dining room into a library. In 1871 Grantham's daughter Mary, who married into the Vyne family, called in William Burges to design the superb church of Christ the Consoler in the grounds, in memory to her son Frederick, who was kidnapped and killed by brigands in Greece.

The church is among the true highlights of Victorian architecture in Yorkshire and was built with money that Mary was gathering to pay Frederick's ransom before the tragic news of his murder arrived. The interiors feature richly coloured stained glass and superb wood and stone carving details.

The last major rebuilding was a late Victorian billiard room and wing over the Regency dining room. 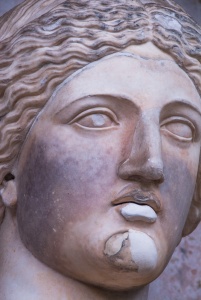 We came to Newby on a dismal, rainy day, the sort of day that makes you want to spend the minimum of time outside. But we were too early and the house was not yet open. So, brollies firmly clenched in our hands and in the spirit of intrepid explorers, we decided to explore the grounds.

Due to the inclement weather, the miniature railway was not running, but my children quickly discovered the circular lake, with pedal boats drawn up on the shore. They quickly jumped aboard and for the next 30 minutes, the air was filled with squeals of delight.

As they finally paid attention to their parents' firm admonitions to come back to shore I noticed the sign beside the lake, telling visitors not to use the boats. Oops. If anyone from Newby reads this, it was an honest mistake!

Aside from that little escapade, the gardens were actually quite enjoyable, though damp. The rain kept whipping in, so my only chance to take photos of the house and gardens was to whip my camera up for a split second, snap a photo without looking, then point it down before raindrops covered the lens.

Then the house opened and it was time for the parents to enjoy themselves. I loved the interiors of Newby - but then I love almost anything by Robert Adam. And the Adam interiors at Newby are among his finest. The Statue Gallery is an absolute gem; modelled on a Roman house, with a pair of square rooms with a spacious rotunda above.

The result is deliciously elegant, and a perfect place to enjoy the Weddell collection of classical statues, most from the 1st and 2nd century AD. Look for the hidden heating system that Adam built into the display units.

But as enjoyable as the Sculpture Gallery is, the best room in the house for my money is the Tapestry Room. This exquisite chamber shows off William Weddell's custom-made set of Gobelin tapestries.

Though he could afford to order a set of the finest tapestries available, Weddell was not above cutting a few corners to save money where he could; the tapestries came into England in the French Ambassador's diplomatic bag to avoid customs duties! The room is lined with Chippendale chairs, the only Chippendales known to retain their original upholstery; they have never had to be restored.

Summing up, Newby is a delight, a superb stately home with wonderful interior decoration and furnishings of the highest order. It is well worth a visit. 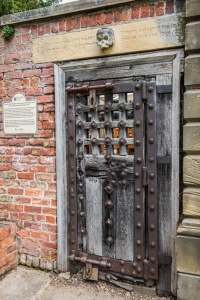 UPDATE
As you can perhaps tell by the photos accompanying this article, we did manage to return to Newby Hall on a sunny day. The house was just as wonderful as I remembered, and we were able to enjoy exploring the wonderful gardens without the threat of rain.

Some features that were added since our previous visit include an exhibition of historic dollhouses and another special exhibition of teddy bears. Among them is the original Fozzy Bear puppet from the Muppet Show. The bears were donated by Gyles Brandreth, the writer, broadcaster, actor, and former MP.

Another garden feature that we missed the first time is easy to miss. Set into a brick wall near the garden restaurant is a worn wooden door with huge iron studs and inset with a barred grill. The door was obtained from Newgate Prison in London by a member of the Vyner family and is known to have led to the cell from which the notorious criminal Jack Shepherd escaped on 30 August 1724.

Shepherd was a highwayman and a hero to London's poor. His many escapes from prison became the stuff of legend. His most famous escape came from Newgate Prison, which was the 18th century equivalent of a maximum-security gaol. The dramatic escape gave Shepherd only temporary respite; he was recaptured and hanged on 16 November 1724 in front of a crowd of 200,000 at Tyburn. 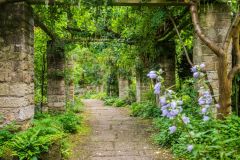 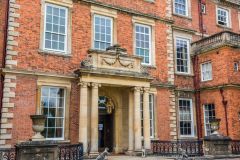 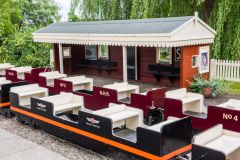 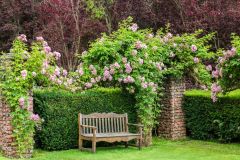 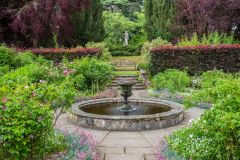 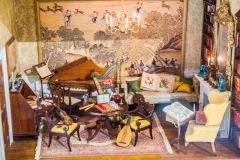 More self catering near Newby Hall