HERITAGE HIGHLIGHTS:   Moot Hill is a Norman motte on the site of a Roman settlement 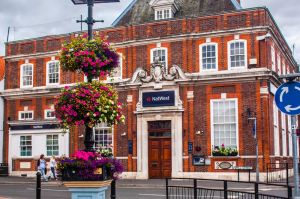 Sometimes known as the Capital of the Wolds, Driffield is a market town in the north of Yorkshire's East Riding, famous for its annual agricultural show.

The Driffield area was settled as early as the Neolithic period. During the medieval period, Driffield was the capital of the kingdom of Deira, which covered a large portion of northern England, and an Anglo-Saxon royal palace stood in what is now North End Park.

The name of the town is thought to come from 'Deira Castle', the name of the palace, built by King Aldfrith of Northumbria, who was buried a short distance away in Little Driffield.

Moot Hill, at the north end of town, was a Roman settlement, later reused as a Norman motte.

All Saints church is a lovely late medieval building with a fine west tower that can be seen for miles around. The west tower is built on the foundations of an earlier Saxon tower, a reminder that there was a church here as early as the 11th century.

That Saxon building was rebuilt during the 12th century and extended in the late medieval period with enlarged aisles and a clerestory. In the Lady Chapel are several carved 12th-century stones, perhaps pieces of the original chancel arch. On the exterior wall of the vestry is a carving of a mitred bishop dating to the late 12th century.

In 1770 Thomas Porter, landlord of the Blue Bell Inn, launched a successful campaign to build a canal that linked Driffield with a waterway network connecting the town to the sea. The River Head area became a major transportation hub, with warehouses, mills, granaries, breweries, and manufacturing industries sprouting up almost overnight. The opening of the Driffield canal transformed Driffield from a village to a prosperous market town.

The age of the canal came to an end with the arrival of the railway in 1846. Driffield became a railway hub, with thousands of holidaymakers from the West Riding travelling through the town on their way to a seaside holiday on the Yorkshire coast.

The Canal continued in operation until 1951. More recently the Driffield Canal Trust restored the historic waterway so that it is once more fully navigable.

The religious reformer John Wesley preached in Driffield Market Place in 1772. On the Market Place is the Bell Hotel, now merged with the old Town Hall.

Historical landmarks in the town include the Spread Eagle Inn, said to have been built by a witch named Susannah Goor, and the Masonic Hall, built by John Mortimer in 1878. Mortimer was best-known as an important early archaeologist who spent years excavating ancient sites in the Yorkshire Wolds. Mortimer built the Masonic Hall to house his vast collection of over 60,000 archaeological artefacts from around East Yorkshire.

At Cross Hill is the site of the old hiring fair, where thousands of farm labourers gathered annually to find work with local farms.

You can explore Driffield's heritage by following the Town Trail, which links many of the town's most interesting historical buildings and landmarks. Among the landmarks is Fawcett Gardens, named for Benjamin Fawcett, who established his printing works here in 1850. Fawcett pioneered the use of colour printing in the UK and published the popular 'A History of British Birds'.

The Elizabethan treasure house of Burton Agnes Hall is only 5 miles distant. 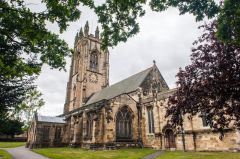 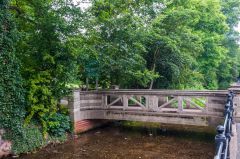 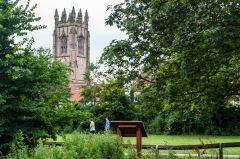 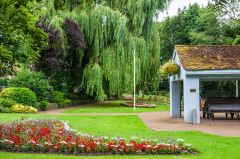 More self catering near Driffield >>

More bed and breakfasts near Driffield >>