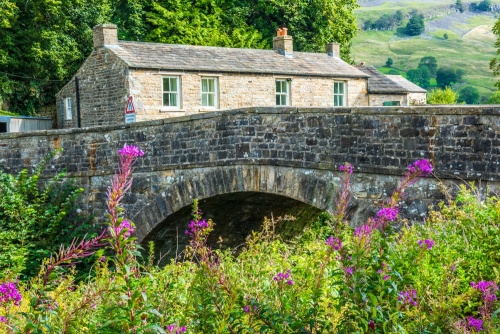 The bridge at Muker

Muker is an attractive village in Swaledale, in the Yorkshire Dales National Park. The village was established during the era of Norse settlement in northern England. The church was of medieval origins but was substantially rebuilt in 1580. The village is a popular starting point for walks around Swaledale and across the northern dales of the national park.

Among the amenities are a village shop and tearoom, art gallery, craft shop, and a traditional country pub called The Farmers Arms. The pub is perhaps the hub of the community, with 2 darts teams and a dominoes league. Another community focus is the Muker Silver Band, formed in 1897 and still active.

Perhaps the largest focus for the whole community is the annual agricultural show, which takes place on the first Wednesday in September and combines traditional agricultural events with gardening and horticulture.

The Muker area was a centre for hand-knitted wool since at least the 16th century when Elizabeth I popularised the wearing of hand-knitted stockings. During the Elizabethan period every inhabitant of the Swaledale region, from children to the elderly, were engaged in knitting local wool into stockings.

The invention of knitting machines in the 19th century brought an end to this cottage industry, but the tradition was revived in the 1970s. Now over 30 local people knit in their homes, and most of the garments they produce are on sale at Swaledale Woollens, located directly beside the pub. 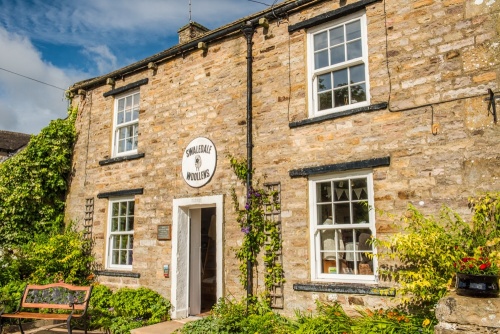 The most interesting historic building is St Mary's parish church, built in the late 16th century as a chapel of ease for Grinton. It became a church in its own right in 1750. A west tower was added in 1793, and in it hang 2 late medieval bells, possibly brought here from Marrick Priory when it was dissolved by Henry VIII. Look for small holes in the doorposts, made by local people sharpening arrows.

There is a pay and display car park at the eastern end of the village, just before the bridge, but regular visitors quickly realise that you can often find a free place to pull off the road in a layby at the western edge of the village.

Muker is one of the most picturesque of all the Yorkshire Dales village and a justifiably popular destination for walkers and tourists alike. 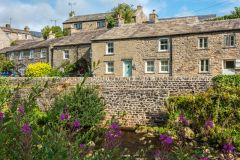 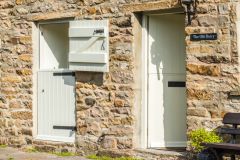 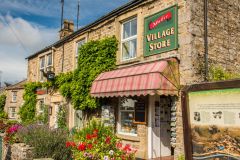 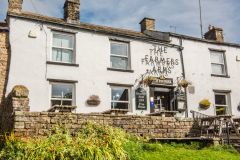 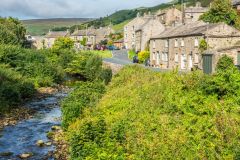 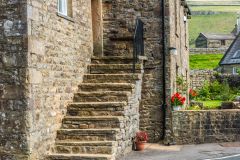 More self catering near Muker >>

More bed and breakfasts near Muker >>