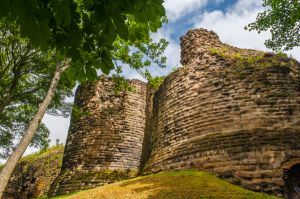 A market town in West Yorkshire, Pontefract is noted as the location of imposing Pontefract Castle, where Richard II met his untimely end, probably murdered, in 1399. The remains of the castle are still imposing, but little remains of the Cluniac priory, founded in 1090. Remains of a Neolithic henge monument was recently discovered just outside Pontefract at Ferrybridge.

The town grew up on an old Roman road linking Doncaster to York, used as an alternative to Ermine Street. It really grew into prominence in the Anglo-Scandinavia era, between AD 954 and the coming of the Normans in 1066. There were two settlements side by side, at Tanshelf and Kirkby. Tanshelf seems to have been a regional capital, and the wapentake, or meeting place, stood where the market place is today.

Sometime during the first few years of Norman rule, a powerful lord named Ilbert de Lacy began to build a motte and bailey fortification at Tanshelf, modern Pontefract. This first castle was built of timber, but it was not long before the defences were rebuilt in stone. The De Lacy family owned Pontefract Castle for over 2 centuries until the death of Alce de Lacy in 1348.

The most famous, or infamous event in the castle's history came in 1399 when Richard II was imprisoned at Pontefract after his capture by Henry IV. What happened next is unclear; either Richard starved himself to death, or he was starved on Henry's orders, or he was murdered by his gaoler, Sir Peter Exton. You can still see the remains of the tower where Richard met his end and the foundations of a royal hall within the castle walls. 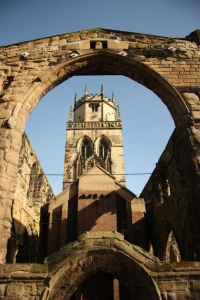 Pontefract's parish church was built in the late 13th century, probably between 1280-1300, across the road from an earlier Saxon building. One rare feature is a double-helix stair in the tower, with a pair of stairs winding around a central newel post. There is only one similar stair in England, at Tamworth, Staffordshire.

All Saints was heavily damaged during the 1645 siege of Pontefract Castle. Money was raised for repairs, but a man named Nathaniel Johnson embezzled 1500 pounds and fled to London.

The transepts and tower were finally restored in 1831, then in 1967, a new nave was built inside the medieval original, leaving All Saints a 'church within a church', with ruined walls surrounding the usable core of the building.

On Salter Row is the Pontefract Museum, tracing the history of the town, with exhibits ranging from liquorice to the Civil War sieges. The museum is housed in a striking Art Nouveau building erected in 1904 to serve as the town library. One collection highlight is the Ackworth Hoard, a find of almost 600 gold and silver coins dating from the Civil War period. A special exhibit looks at the local glass industry, with a large display of Bagley's Glass objects.

Monk Hill in Pontefract marks the site of a Cluniac monastery founded around 1090 by Robert de Lacy, 2nd Baron of Pontefract. Perhaps the most interesting episode in the Priory's history came in 1322, when Thomas, Earl of Lancaster was executed by Edward II at the nearby castle. The Earl's body was buried beside the high altar in the Priory church. Reports began to circulate that miracles had occurred at the tomb, and offerings were left by pilgrims.

Edward II was furious at any attempt to make Lancaster a martyr and seized the offerings for himself. Despite the king's annoyance, a chantry was built on the execution site, and the Prior was granted permission to hold Mass there. The Priory was dissolved by Henry VIII in 1540, and the last prior granted a sizeable pension of 50 pounds per year. The monastic buildings were destroyed, and today the only reminder of the Priory is the name Monk Hill.

Pontefract is perhaps best known today for its links to liquorice. The sandy soil makes it one of the few places in Britain where the liquorice plant can easily be grown, and there are 2 factories producing sweets. The most famous sweet of all is Pontefract Cake (also known as Pomfret Cake), a small circular sweet first created at least as early as 1720.

So popular did the Pontefract Cake become that local liquorice growers could not keep up with demand, and liquorice had to be imported from Turkey. 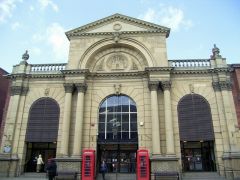 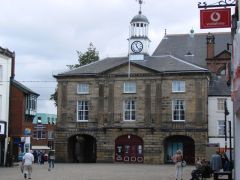 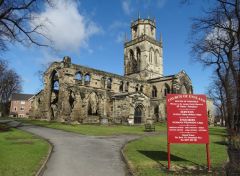 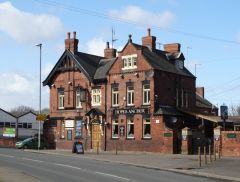 More self catering near Pontefract >>

More bed and breakfasts near Pontefract >>