HERITAGE HIGHLIGHTS:   Associations with the Battle of Towton and Richard III 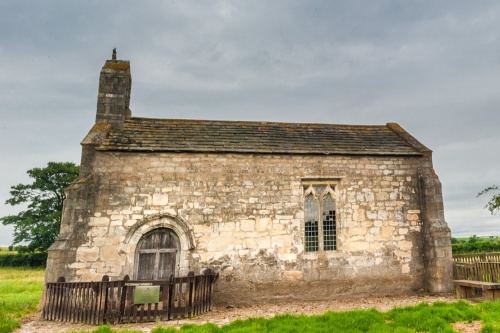 St Mary's Church in the Yorkshire hamlet of Lead is a tiny rectangular 14th-century church incorporating bits of an earlier building. The church may have been built as a chapel for medieval Lead Hall (now vanished). This simple building is only about 18 feet long and stands alone in the middle of a farm field, surrounded by visible earthwork remains which may indicate the location of the Hall.

Near this peaceful spot, on March 29, 1461, the Yorkist army of Edward IV met Lancastrian forces led by the Duke of Somerset in the Battle of Towton, the bloodiest battle ever fought on British soil. Towton has been called the last battle of the Wars of the Roses, though the conflict would linger on for decades in one form or another.

To get to St Mary's you have to cross Cock Beck, a meandering little stream today, but in 1461 it was said that the beck ran red with blood from the battle, where fully 10,000 men died. 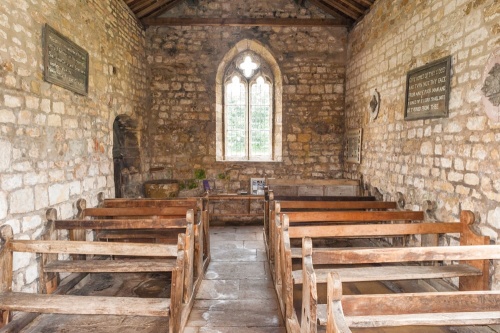 St Mary's was rescued from dereliction in 1931 through the actions of a local group of ramblers; as a result, it is often called The Rambler's Church.

On the floor are very large 13th-century gravestones commemorating members of the Tyas family, who probably founded the church. The Tyas grave slabs are beautifully carved with heraldic signs and inscriptions. There are further tombs to Scargill family members near the altar.

Other interior furnishings are more recent, including Georgian pews, pulpit, and painted texts on the walls. 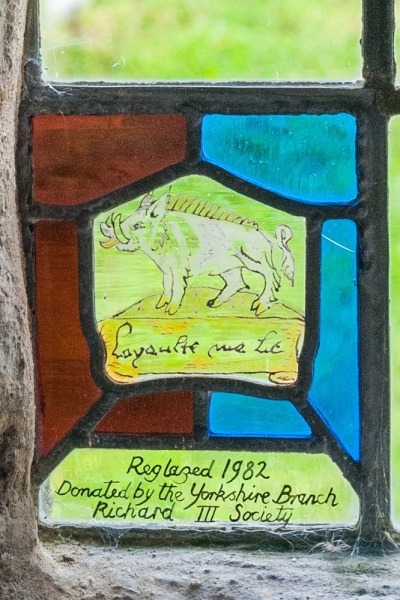 The south doorway is probably 12th century, suggesting a much earlier foundation for the chapel. The simple single-cell building is constructed of limestone rubble beneath a stone slate roof.

During repair work, a hogback stone was found in the church foundations. Such stones are often associated with Danish settlers to the north of England and southern Scotland.

Because of its associations with Edward IV and his brother, the future Richard III, Lead Chapel received the very first Ricardian Churches Restoration Fund grant issued by the Richard III Society. The society holds an annual service here, but the church is not in regular use and is cared for by the Churches Conservation Trust. 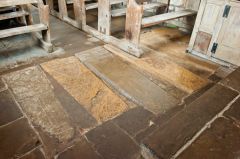 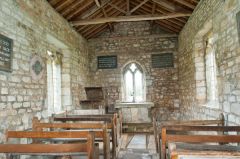 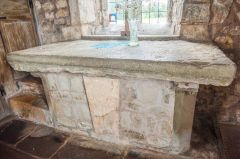