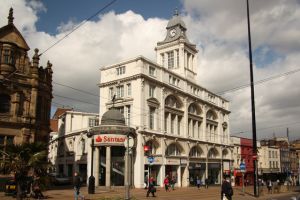 The largest urban area in Yorkshire, Sheffield made its mark as a centre of the steel industry. The origins of the city go back to the pre-Norman period when a settlement grew up beside the River Sheaf. The Normans built a castle here to control the local population, but even then Sheffield was a small place.

It was the burgeoning knife and cutlery industry in the 14th century that really put Sheffield on the map. By 1600 the town had become the second most important centre for the manufacture of cutlery, after London. Technological advances, including a process of making plate steel, put Sheffield at the forefront of the steel industry, and Sheffield steel became a byword for quality.

The growth of Sheffield as a centre of steel production in the Industrial Revolution led to a huge expansion of population, and at the same time, many of the Victorian public buildings that define the Sheffield 'look' were built.

The medieval church of St Peter and St Paul dates to the 13th century and was raised to cathedral status in 1913. Within the church are numerous memorials to the Earls of Shrewsbury. The first church was established as a daughter of Worksop Priory and stood at the opposite end of Sheffield from the castle. That early building was destroyed during the Second Barons War in 1266. It was rebuilt by 1280, but that late 13th-century building was pulled down and rebuilt again in 1430. Highlights include the 16th-century chancel roof. 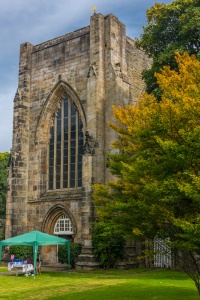 Sheffield Manor was built in 1516 by George Talbot, the 4th Earl of Shrewsbury, and it, aside from the cathedral, is the oldest historic building in the city. The Earl's new dwelling was little more than a lodge, a country retreat for the Earl and his family.

Much of the Manor is now gone, but the long gallery, kitchens, and Queen Mary's Tower still stand. The Tower, also known as Turret House, features an elegant 17th-century ceiling.

The 'Queen Mary' moniker comes from the fact that Mary, Queen of Scots was held prisoner here in the 1570s and 1580s, while in the care of the 6th Earl of Shrewsbury and his wife, Bess of Hardwick.

Mary's imprisonment was not a difficult one, and under the Earl's care, she was allowed to maintain a large household of friends and servants. The Manor is now a multi-purpose centre including a heritage museum and gardens.

A single tower of 12th century Beauchief Abbey stands in Dore, to the south of the city centre. The abbey was established shortly before 1176 by Robert FitzRanulf for the Premonstratensian order of monks. The monastery was never very large; it supported 12-15 monks under an abbot.

The abbey was dissolved by Henry VIII in 1537 and passed into private hands. The Pegge family took control in the 17th century and used stone from the monastic buildings to build their mansion of Beauchief Hall. The abbey grounds are now a popular park and what remains of the abbey church is now a parish church.

One of 5 Grade-I listed buildings in Sheffield, the town hall was built from 1890 to a design by London architect E. W. Mountford. The hall was opened by Queen Victoria in 1897, using a clever remote-control light from within her carriage. The light signalled a team of men inside the hall to open the gates. Modern visitors are more likely to be drawn by the display of fine silver. The interior is decorated with ornate friezes depicting local industry, and the legendary slaying of the Dragon of Wharncliffe. 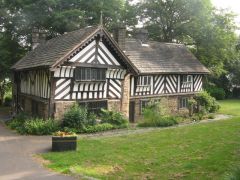 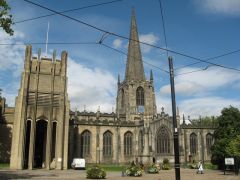 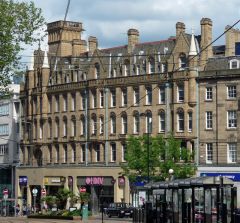 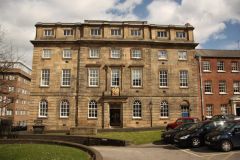 More self catering near Sheffield >>

More bed and breakfasts near Sheffield >>