HERITAGE HIGHLIGHTS:   The birthplace of the Glorious Revolution 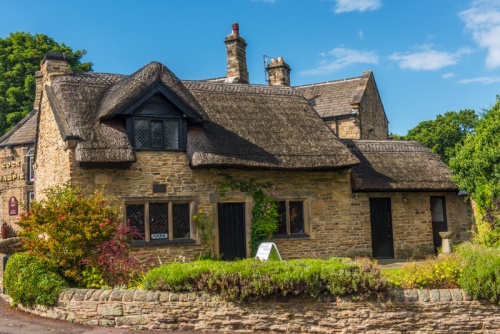 A simple 16th century thatched house on Old Whittington's High Street was the scene for a meeting that changed the course of English history. It was here in 1688 that three conspirators met to plan what would become the Glorious Revolution, an invitation to William of Orange to take the throne of England in place of James II. The conspirators were moved to action by the birth of an heir to the throne, who, like James, would be raised as a Catholic.

The three men were local nobles William Cavendish, 4th Earl of Devonshire, John Darcy, fourth son of the Earl of Holderness, and the Earl of Danby. Their meeting was ostensibly a hunting party, and was planned for Whittington Moor, but when the weather turned stormy, the three men sought refuge at the inn, then an isolated hostelry known as the Cock and Pynot ('pynot' being a local term for a magpie). Together the three men composed a letter inviting Prince William to take the English throne, with his wife Mary.

Their plan was to conquer the north, then march south against James. The letter, written in code, recorded their plans and invited William to sail to England and take the crown. Though all three men helped prepare the plan, only the Earl of Devonshire signed it. 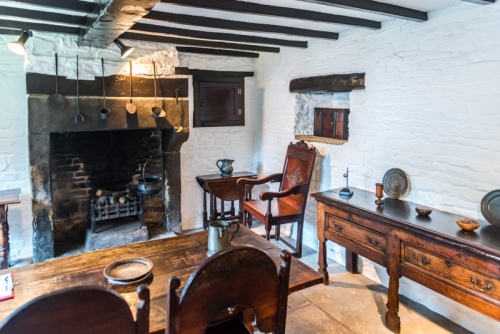 As history records, James fled at Prince William's approach, and the so-called Glorious Revolution was a bloodless change of monarch. The Earl of Devonshire was rewarded for his role in the revolution with a dukedom, becoming the 1st Duke of Devonshire.

One hundred years later, in 1788, a group of dignitaries met at the alehouse to mark the centenary of the Glorious Revolution. The gathering was led by the local vicar, Samuel Pegge, and included the Duke of Devonshire, a direct descendant of the 4th Earl.

The Duke and Duchess led a procession, along with the Mayor of Chesterfield, from Revolution House to a civic reception in Chesterfield. It must have quite a sight, with marching bands and throngs of people stretching the entire three-mile course of the processional route.

Two years later the alehouse was converted into a private dwelling. A new pub was erected directly behind it and named the Cock and Magpie. 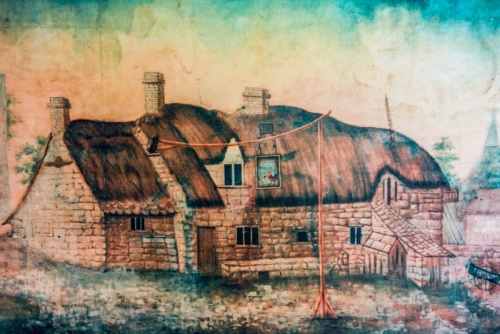 Historic print of the Revolution House

Over the following centuries, the former inn was greatly reduced in size, so that the building we see today is only a fraction of the original Revolution House. There is a parlour on the ground floor, furnished with 17th-century furniture, and an exhibition on the top floor with local history, the story of the building itself, and the tale of the Glorious Revolution.

In 1988 a tercentenary celebration was held, with Charles, Prince of Wales in attendance. A limited edition of 300 commemorative plates were made for the occasion, and these have now become prized by collectors.

The House is signposted off the B6052 and is free to enter. It stands at a triangular corner just below the village pub and is fronted by a small garden enclosed by a stone wall. Inside, the first thing you notice is how low the doorways are. Our family took turns standing by one particularly low doorway, trying to imagine how you could possibly use it without bumping your head!

There was a very friendly attendant, who showed us around the ground floor and told us about the house and its history. She pointed out an old drawing of the building, before it had been reduced in size; it was quite a large building, at least 2-3 times the size of the current one.

The attendant told us about the historic furniture and how it was used; I got the impression that she didn't get many visitors and so she really enjoyed the chance to share her enthusiasm for the house with us!

It won't take long to explore Revolution House; even the upstairs exhibition area is quite small, but I do think it is well worth a visit; it is an attractive historic building in its own right, a lovely example of 16th-century architecture, even apart from its historic importance in launching the Glorious Revolution. 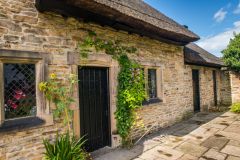 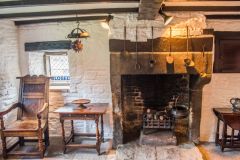 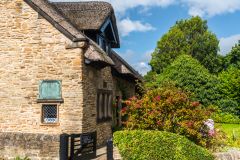 More self catering near Revolution House