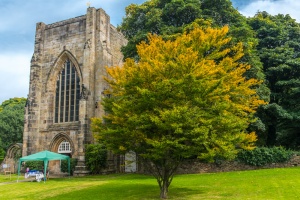 A medieval delight on the outskirts of Sheffield, Beauchief Abbey has been a 12th-century monastery, a 17th-century family chapel, and an unusual modern parish church. The striking medieval abbey church tower, flanked by a pair of Gothic archways, is a reminder of the age and antiquity of this historic site.

Sometime between 1172 and 1176, Robert FitzRanulf founded an abbey for monks of the Premonstratensian order at Beauchief, on the outskirts of modern Sheffield. The abbey was founded as a daughter house of Welbeck Abbey.

We don't know exactly when the abbey was founded, but it must have been after 1172, when Thomas Becket was canonised, for the new abbey was jointly dedicated to him, along with St Mary. We also know that it must have been before 1176, because Albinas, Abbot of Derby, witnessed FitzRanulf's foundation charter, and he died in that year. 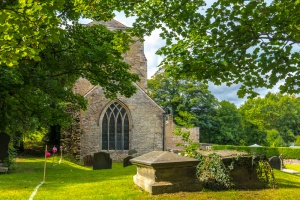 View from the altar of the monastic church

An unsubstantiated story suggests that FitzRanulf was one of the knights who murdered Becket in Canterbury Cathedral, and the abbey was his way of expiating his guilt. However, there is no evidence of any direct connection between FitzRanulf and Becket's murder.

The new abbey housed from 12-15 canons, whose white habits gave them the popular moniker of the White Canons. Unlike monks of other orders, the White Canons were all ordained priests, and thus they worked in the nearby community and often served as parish priests of local churches.

The monastery site included a large estate, with the nearby stream bringing water to supply fish ponds and a range of domestic buildings. The abbey was not just a self-sustaining community, but an industrial complex, for the canons controlled a number of mills of the River Sheaf, as well as woodland and iron-smelting enterprise.

A record of all the abbey lands, known as the Beauchief Cartulary, is held in the archives of Sheffield City Council and can be viewed by the public.

Henry VIII dissolved Beauchief Abbey in 1537 and the monastic estates were sold to Sir Nicholas Strelley for £223. The refectory was used as a dwelling and the chapter house as a wine cellar and lumber store. 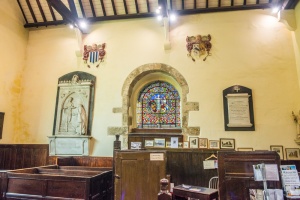 In 1648 the Strelley heiress, Gertrude Strelley, married Edward Pegge, and the Beauchief estates passed down through generations of the Pegge family. In 1671 Edward Pegge used stones from the abbey to build a new family home called Beauchief Hall.

Of the abbey buildings, only the west tower of the church and part of the nave remains. In the 17th century the tower and nave were restored by the Pegge family to serve as a family chapel. The nave was fitted with beautiful Georgian furnishings including box pews and family coats of arms on the walls.

This combination of the medieval tower and 17th-century chapel now serves the local population as a parish church. Unusually, the abbey church is not owned by the Church of England but by the people of Sheffield. It does not have any appointed clergy, rather services are led by volunterr clergy.

Much of the original abbey grounds are now used as golf courses, but there are several large areas of original woodland, with trails through stands of trees.

The church interior is regularly open to visitors and offers special heritage weekends in June and September.

Highlights of the interior include the Georgian box pews and elaborate pulpit, and coats of arms to the Pegge family and their connections. Look for the carved bench ends on some of the pews, and an ornate wall monument to Elizabeth Pegge Burnell (d 1844). It is really enjoyable to explore the churchyard and trace the foundations of the medieval monastic buildings. 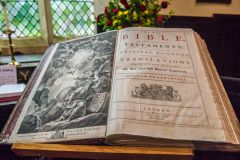 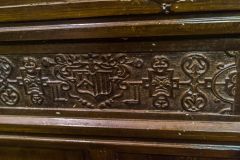 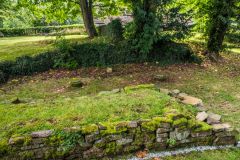 More self catering near Beauchief Abbey

Self Catering near Sheffield