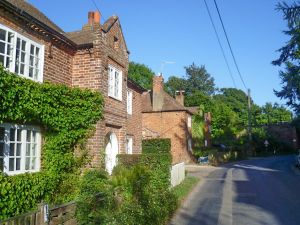 The Street in Godmersham

A small village near Chilham, Godmersham has associations with author Jane Austen, who visited here often when her brother Edward owned Godmersham Park. The 12th-century parish church has the earliest known bas-relief carving of St Thomas a Becket.

Godmersham enters the historical record in AD 824 when Beornwulf, King of Mercia granted it to Wulfred, Archbishop of Canterbury.

St Lawrence the Martyr church dates to the 11th century and was owned by the Archbishop of Canterbury. In the Domesday Book, it is mentioned as Gomersham. Canterbury Cathedral Priory held the church at the time of the Reformation. The chancel and nave are late Saxon, and in the chancel is a 12th-century bas-relief thought to depict Thomas Becket. This is considered one of the earliest likenesses of Becket.

The blocked west door has a tympanum of reused Norman stone showing traditional dog-tooth carving. Within the church is a memorial to Thomas Knight, who gifted the Godmersham estate to Edward Austen Knight.

This lovely Georgian manor house on the northern edge of the village was built in 1732. Its most famous resident was Edward Knight, brother of novelist Jane Austen. At the age of 18, Edward was adopted by Thomas and Catherine Knight of Godmersham. The childless couple sent Edward on a Grand Tour of the Continent, and when Thomas died in 1794 he left Godmersham to Catherine for her lifetime and then to Edward. She decided to move to Canterbury and gave Godmersham House to Edward.

Jane Austen visited her brother at Godmersham several times and used the library there to research her novels. She used the house as the setting for parts of her novel Mansfield Park and describes the architecture of the house exactly as we see it today.

The house is currently home to the Association of British Dispensing Opticians College but is open for National Gardens open days each year. A footpath also runs through the estate, offering good views of the house and an 18th-century folly in the grounds.

In the Hall grounds is the Godmersham Park Heritage Centre, with an exhibition on the history of Godmersham and Crundale, and on the estate itself. Among historic items of interest is the diary of Jane Austen's niece, Fanny Knight, and a copy of William Harvey's ground-breaking book on the circulation of blood. The heritage centre also has a display of coins found locally, dating to the Viking era. Note that though the heritage centre lies within the Hall grounds, there is no access from the centre to the house. 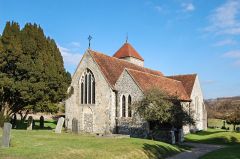 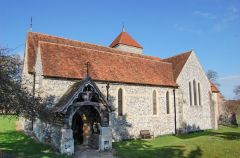 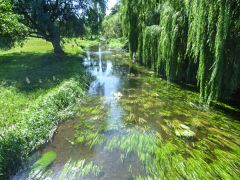 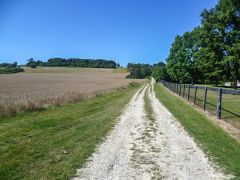 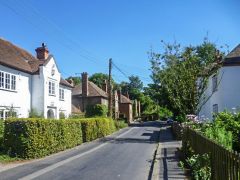 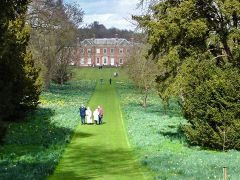 More self catering near Godmersham >>

More bed and breakfasts near Godmersham >>