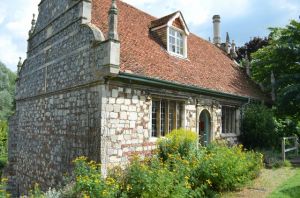 Bourne Mill
A lovely restored 16th-century watermill in a green pocket in the suburbs of Colchester. The mill is set in an unexpected pocket of countryside beside a quiet stream. Bourne Mill was not built as a mill, but rather as a fishing lodge. It was constructed in 1591, in a style best described as rustic Dutch, with stepped gables making the building appear larger than it actually is when viewed from the end.

The building served as an Elizabethan banqueting hall, then was converted for use in the fulling of cloth in the 17th century, and still later, for use as a watermill for grinding flour. The waterwheel still functions, and visitors can view the original milling machinery. The mill sits by a tranquil mill pond, with a leat running through a narrow passage to feed the mill wheel. It is worth examining the walls of the building, which incorporate Roman bricks and chunks of local flint. 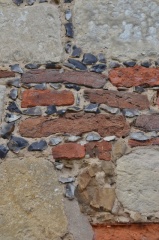 This photo shows how many time periods are represented in the mill structure. Thrown together side by side are Roman bricks, local limestone blocks, and chunks of flint. Its a real hotch-potch of materials and historical eras.

Opening times for the mill are quite limited - usually only one or two afternoons per week in summer. (check the National Trust website link for current times). 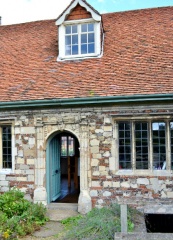 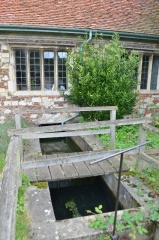 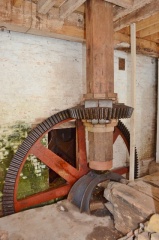 The pit wheel and wallower 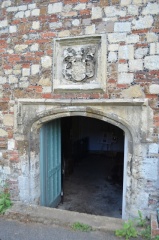 Door to the pit wheel area 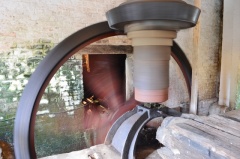 The pit wheel in operation 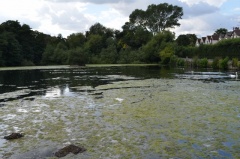 
All images are (c) Ashley Dace, republished with gratitude under a Creative Commons license

More self catering near Bourne Mill >>