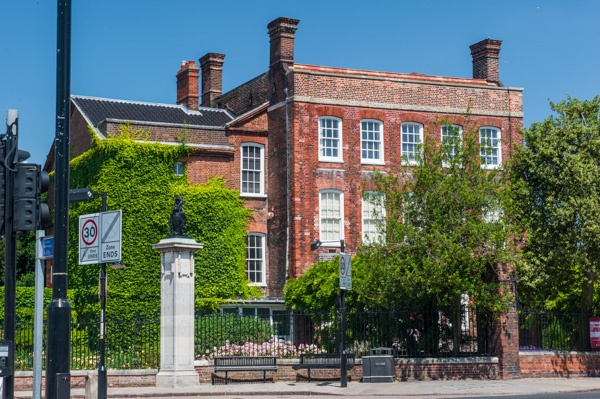 Holytrees from across High Street

Hollytrees is a fascinating museum of historic toys, clocks, and decorative arts and crafts, housed in an elegant Georgian town house directly beside historic Colchester castle.

One of the major themes is everyday life in Colchester since the Georgian period. Learn about Victorian times through the eyes of Charles Round, and his servant, Mary Last. This really helps bring home the social history displays - you can learn through the lives of real people, whose stories are a part of historical records.

Experience Colchester society through the stories of Isaac Calthrop, a sedan-chair carrier.

One of the most recent additions to the museum is the former Tymperley's collection of historic clocks, set in the Bernard Mason Gallery. The clocks were brought here after the closure of Tymperley's, on Trinity Street, and feature historic timepieces from the 17th to the 19th century, most built locally by watchmakers in Colchester.

See long case clocks, lantern clocks, and a large number of clocks made by the local craftsman Nathaniel Hedge and his family. Many of the clocks still work - though not all tell the same time! One musical clock by Gooday Proctor rings a particularly pleasing chime of six bells every quarter hour. The clock collection was largely built by Bernard Mason, and includes the very first clock he purchased.

Outside the house is a lovely sensory garden based around a fountain; a popular place to relax on a sunny day. 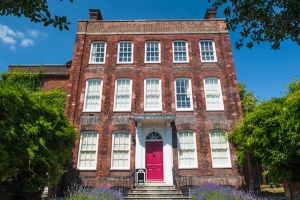 Hollytrees House
The house was built in 1718 for Elizabeth Cornelisen of London, on the site of an earlier 16th-century house. It was designed by Thomas Blagden, who reused the earlier Elizabethan timbers in the new building. Blagden's house was square, with a projecting bay to the west for a staircase and closets. It stood three storeys high, with a basement used for storage and housing the kitchens.

Though it was finished in 1719, just a year after construction began, Elizabeth Cornelisen had died before she was able to move in. The house passed to Sarah Creffield, and through her to her husband, Charles Gray.

Gray was a prominent figure in Colchester society; a lawyer, JP, and MP from 1742-1780. Gray lived at Hollytrees from 1727 until his death in 1782. When Gray and Sarah Creffield married, Sarah's mother, Mary Webster, gave Charles Colchester Castle as a wedding gift.

Gray not only restored the crumbling castle, he landscaped the grounds and planted the holly trees which give the house its name. He also extended the original house to include a scullery, servant's quarters, and garden arcade. In the 19th century the house was owned by the Round family, but it was rented out in the 20th century before it was sold to the town Corporation.

In 1929 it opened as a civic museum of local antiquities and bygones. over the ensuing 8 decades the museum underwent several renovations, and a change of focus to feature themes on domestic life and childhood in Colchester since 1700. One of the 'children's exhibits' is a doll-house replica of Hollytrees House itself.

We really enjoyed our visit. The location in Hollytrees House is just wonderful; a perfect setting for the exhibits. The museum is usually open every day except Monday, year round - but please do check the official website for current details!

More self catering near Hollytrees Museum