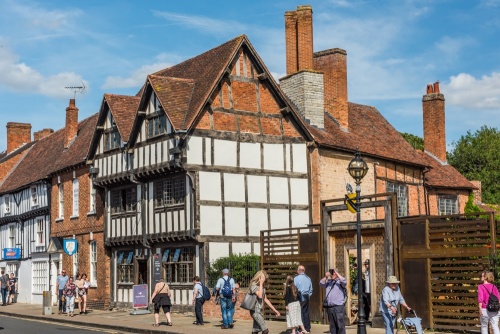 Nash's House and New Place
Nash's House is a beautiful timber-framed building in the centre of historic Stratford-upon-Avon. It was the home of William Shakespeare's granddaughter, Elizabeth. The house stands immediately beside the site of Shakespeare's own home of New Place. While New Place itself is now little more than foundations and a pretty garden, Nash's House is a wonderfully complete and atmospheric historic building.

The house holds a museum of local history, focussing on Shakespeare's life and works. Learn how the original Complete Works of Shakespeare was produced, and hear the tale of how New Place came to be destroyed.

A viewing platform overlooks the Tudor knot garden of New Place, laid out on the site of Shakespeare's house. Exhibitions showcase archaeological finds unearthed during the excavation and restoration of New Place.

The ground floor of the house is occupied by a shop where you get tickets for New Place, while the upper floor holds the exhibition and several activity rooms.

Nash's House was built around 1500, but the frontage on Chapel Street is a more modern restoration. To the rear of the house, the construction is 17th century, with an original chimney stack. The house is Grade-I listed in recognition of its historical significance, both architecturally and due to its close connection with Shakespeare and his family.

Nash's House is run by the same registered charity that operates most of the Shakespeare properties in Stratford. It is very well signposted from around central Stratford - just follow the pedestrian signs for New Place.

More self catering near Nash's House >> 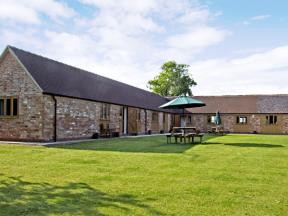 This single storey barn conversion is situated on the owner’s sheep and arable farm, and sleeps up to four people.
Sleeps 4 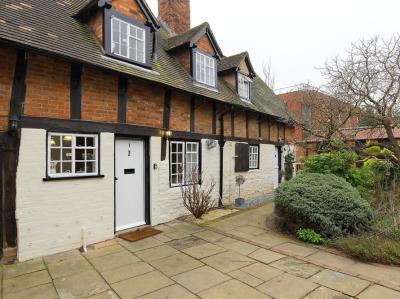 This historic house is located in Stratford-upon-Avon and can sleep four people in two bedrooms.
Sleeps 4