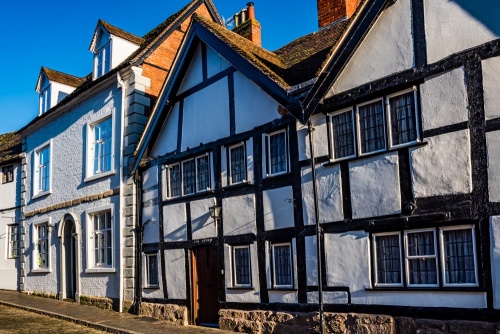 The county town of Warwickshire, Warwick has a core of lovely old buildings, the most famous being Warwick Castle, the traditional seat of the Earls of Warwick and a near-perfect medieval castle.

The town was founded in 914 AD by Ethelfleda, sister of Edward the Elder and daughter of Alfred the Great. Warwick was planned as a burh, or fortified town, to act as a defence against incursions by Danes from the north and east.

Ethelfleda chose a spot above a bend in the River Avon and erected an earthwork defensive wall to surround a small hill. The location proved a wise choice, as Warwick was able to control the river crossing and a much-travelled road to London. 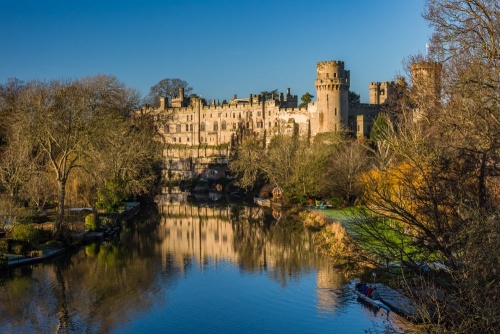 The town expanded over the early medieval period, and its importance was enhanced when William the Conqueror built a motte and bailey castle here in 1086. This simple wooden structure was later rebuilt in stone and became one of the grandest medieval castles in the land, home to the powerful Earls of Warwick throughout the Middle Ages.

You may have heard of the Great Fire of London. Well, Warwick had its own Great Fire, in 1694. The blaze destroyed much of the old medieval town, and as a result, many of the buildings within the old town walls are elegant 18th-century structures.

However, some superb medieval buildings survived the Great Fire, and these form the most attractive destinations for modern visitors. Among these are Lord Leycester's Hospital, which was not a hospital in the modern sense of a medical establishment, but rather a home for aged soldiers and their families.

The Hospital was established by Robert Dudley, Earl of Leycester, in 1571, and today, over four centuries after its foundation, Leycester's Hospital still acts as a home for servicemen, though the building has now been much modernized in its interior.

An attractive group of half-timbered houses survive at the base of Castle Street. Chief among these is Oken's House, now a popular tea shop. 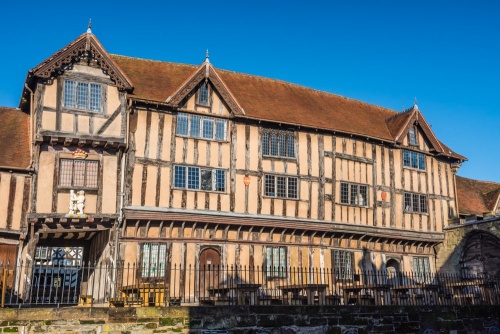 Two of the medieval town gates survive, Eastgate and Westgate, located beside Lord Leycester's Hospital. These are but the most famous of the historic buildings; there are many others which are private homes or businesses.

The easiest building to spot in Warwick is St Mary's church, or, the Collegiate Church of St Mary, to give it its proper name. A 17th-century tower rises high above a mostly medieval nave and aisles.

The church boasts some lovely medieval brasses and the tombs of several Earls and Countesses of Warwick, and the justly famous Beauchamp Chapel. In this beautifully decorated Gothic chapel lie elaborate gilded tombs, including those of Robert Dudley, Earl of Leicester, and Ambrose Dudley, Earl of Warwick.

Most of the attractions of Warwick lie within the old town walls, which means that it is very easy to walk between them. A visit taking in the castle, and the major attractions can easily be undertaken in a day.

More self catering near Warwick

More bed and breakfasts near Warwick