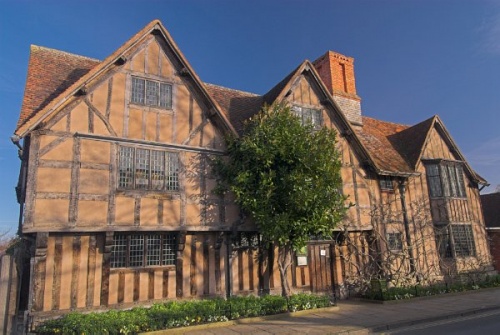 Susanna and her husband moved from Hall's Croft to New Place after Shakespeare died, and today the house contains exhibits on medical practices during the Tudor period and furnishings that would have been used during the Tudor and early Stuart period. 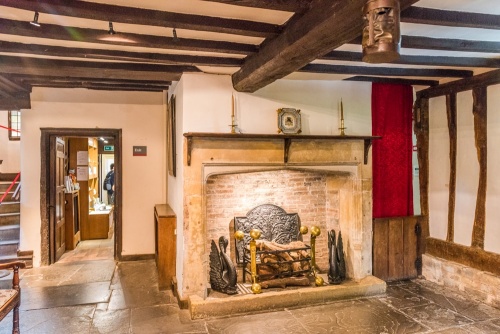 In 1607 Shakespeare's daughter Susanna married a prominent Stratford physician named Dr John Hall. They lived here at Hall's Croft with their daughter Elizabeth until 1616, when Shakespeare died, at which point the family moved to New Place.

The interior of Hall's Croft features a collection of period art and furniture, as well as exhibits on Dr Hall and Elizabethan medicine in general.

A small walled garden stands beside the house, in which you will find many plant varieties that were used in medical treatments in the late Elizabethan era. 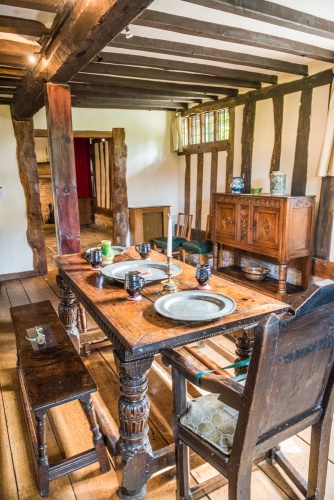 From the reception desk and shop, you come into the Entrance Hall, with a flagged stone floor and a large stone fireplace. Both of these features were status symbols, a way of showing to visitors that Dr Hall and his family were people of importance. The door in this chamber was inserted in the 18th century; the original main entrance was into the parlour.

Among the age-darkened roof timbers in the Entrance Hall hangs a horn lantern. Horn was inexpensive, but it tended to melt in high heat. You can see where the lantern horn has darkened and warped with time.

From the Entrance Hall, you step through into the Parlour. This was the best room, where the Halls entertained guests. The large dining table, court cupboard and turned chair are symbols of the couple's wealth. Look for a Tudor child's highchair against the wall.

Nearby is an Elizabethan painting of 'A Family Saying Grace before a Meal', painted in 1585 by Antonius Claiessins. The painting shows a well-to-do family at a dinner table, which is piled high with a selection of meat dishes. This gives a good indication of what life was like for John and Susanna Hall. 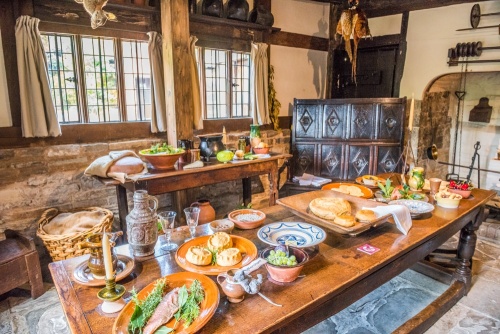 From the Parlour, steps go up to a passageway inserted in 1614. This space was used as a buttery, a place for storing food and other goods. You can see where the original staircase began. At the far end of the passageway is the Dispensary, where you can enjoy an exhibit of containers used for storing medicines prepared by Dr Hall or by the two apothecaries who worked for him. Dr Hall used a variety of plants, herbs, gemstones, rocks and animal products to produce his medicines.

From here you pass through the Back Hall to the Kitchen, an atmospheric room with a large stone fireplace and a wooden table loaded with the sort of food that would have been familiar to the Hall family.

The kitchen now boasts a meat spit turned by power from a smoke-jack, but Susanna Hall would have used an open fire with a hand-turned spit. This is not the original kitchen; to minimise the risk of fire the Halls would have had their kitchen in a detached building.

From the Back Hall stairs lead to a landing inserted in the middle of the 17th century. The landing is lined with paintings in a style that would have been familiar to the Halls.

There are three main rooms open to visitors on the first floor. The first is the Master Bedroom. This barrel-vaulted chamber was added by the Smith family in the 17th century. It would not have been familiar to the Hall family but it has been furnished as John and Susanna's bedroom, with a four-poster tester bed, cradle, and a wooden commode chest. 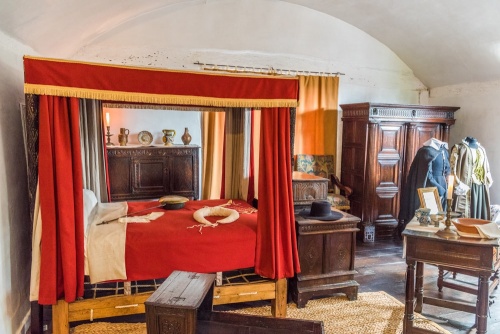 From the bedroom, you enter a large rectangular room running the length of the house. This is home to a fascinating exhibit on medicine in the Tudor period.

One of the most peculiar exhibits is a 17th-century prosthetic nose, held in place by leather straps. These metal noses were commonly used to cover up the effects of syphilis, which damaged the septum between the nostrils. Another medical oddity is a trephine, used to bore a hole into the skull to relieve severe headaches.

Perhaps the most interesting exhibit is a copy of John Gerard's 1597 book 'The herball or Generall historie of plantes', usually referred to simply as Gerard's Herbal. This is probably the most famous book on the uses of plants in medicine in English history. It illustrates how to use hundreds of different varieties of plants for medicinal purposes.

The final room is Elizabeth's Bedroom, a small chamber under the eaves displayed as it might have looked when young Elizabeth Hall lived here. The windows have 17th-century glass that may have been here during the Hall's residency and the chair still has its original Stuart fabric. 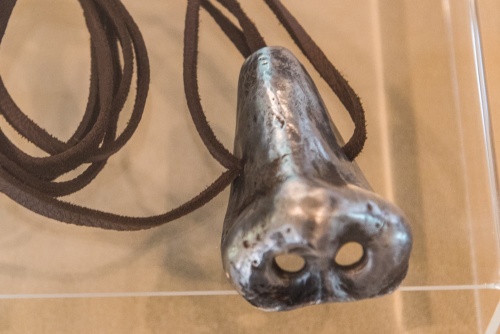 Hall's Croft is an outstanding example of a timber-framed building. It is beautifully restored and furnished to illustrate what it would have been like when John and Susanna Hall lived here.

The house is very easy to reach on foot from the centre of historic Stratford and is just a stone's throw from Holy Trinity Church where Shakespeare is buried. The house is well signposted from around the town centre. Be aware that there is no dedicated parking area.

You can get a joint ticket for Hall's Croft and the other Shakespeare properties; Shakespeare's Birthplace, New Place, Anne Hathaway's Cottage and Mary Arden's House. 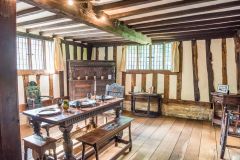 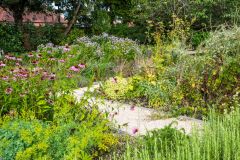 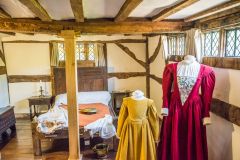 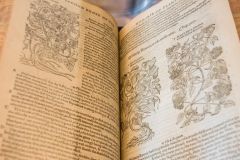 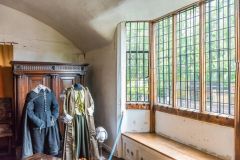 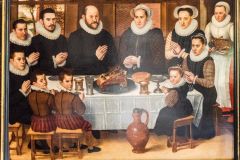 More self catering near Halls Croft