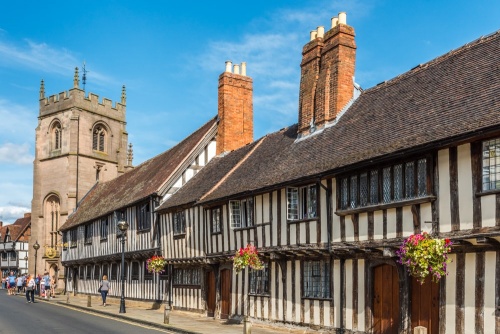 Shakespeare's Schoolroom and Guildhall is one of the newest visitor attractions in Stratford-upon-Avon, yet it is set in a complex of some of Stratford's oldest historic buildings. It was here that the playwright William Shakespeare attended school and here that he fell in love with poetry and drama.

Shakespeare's Schoolroom opened its doors in April 2016 as part of the 400th-anniversary celebrations of Shakespeare's death. Remarkably, school lessons still take place every day in the same Guildhall chambers where Shakespeare attended classes. 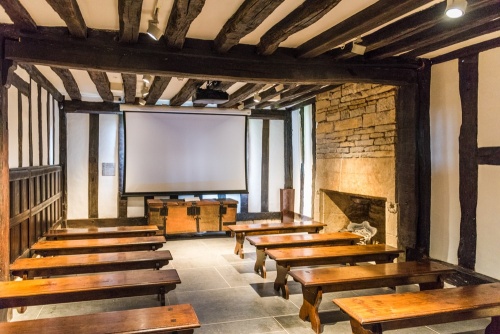 King Edward School is a grammar school (a publicly funded school which requires students to pass an entrance exam) based around a core of historic buildings where Shakespeare himself once attended classes. The school was founded in 1295 by the Guild of the Holy Cross to educate the sons of Guild members in the basics of reading, writing and religion. The Guild was established to provide spiritual education and support for lay people, but evolved into an organization offering education to the young.

The Guildhall was built in 1417 as a dining hall for the Guild of the Holy Cross. Upstairs is a delightful timber-framed chamber tucked under the rafters of the Guildhall.

In 1482 the Guild's Chaplain Thomas Jolyffe gave sizeable estates to provide the school with a steady source of income. Things changed drastically in 1547 when King Edward VI declared guilds illegal. The Crown suppressed the Guild of the Holy Cross and seized all its assets, including the Guildhall and schoolroom. In 1553 the king gave the property to the people of Stratford and re-founded the school as The King's New School.

Over the next decade, the school moved into the rooms above the old Guildhall. Students were the sons of wealthy local merchants. They did not pay school fees but did have to provide their own firewood and candles. Classes often ran from 6 am to 6 pm, with a short break in the middle of the day. 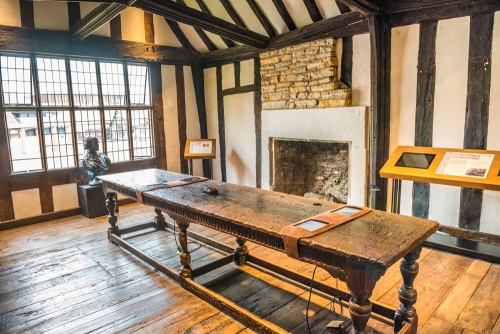 William Shakespeare came to The King's New School sometime in the 1570s. Here he learned English, the Christian religion, music, and the classics. He fell in love with classical literature and poetry. He also took part in dramatic productions put on by the schoolboys. He also attended dramatic performances by travelling troupes of performers such as Lord Leycester's Men.

The school went through a lean period during the Georgian and Victorian period, but by the turn of the 20th century it had expanded to take over the entire Guildhall and had begun to accept boarding students. Today the school has enough space to educate 600 students. Most of the school buildings are off-limits to the public, though you can see into the Old Courtyard from the upper floor of the Guildhall. 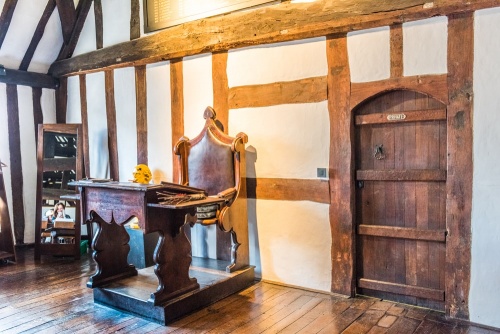 Next to the Guildhall is The Armoury. As its name suggests it was originally a repository of arms, but after the establishment of the Borough of Stratford in 1553 it was used as administration chambers for the school, the town bridge, and to mete out justice on the local citizenry.

Aside from these buildings, a further range of historic properties stand around the Old Courtyard. Here you will find the Guild Chapel, and the half-timbered Big School and Old Library. The Guild Chapel was built shortly after 1269, with additions in the 16th century.

King Edward VI School is still an active school, and the Georgian classroom is still used by modern students every day.

You enter into the Guildhall chambers on the ground floor, where John Shakespeare presided as Bailiff. The Guildhall's Counting House hosts a short film on the history of the Guildhall and King Edward VI's School, what young William Shakespeare's education was like and how he was first exposed to poetry and drama here within these walls.

Next to the Counting House and curtained off from the rest of the Guildhall is a chapel area where a series of stunning medieval wall paintings are preserved. These wall paintings have been designated as Category Four for their historical importance - the same category as the famous Bayeux Tapestry. 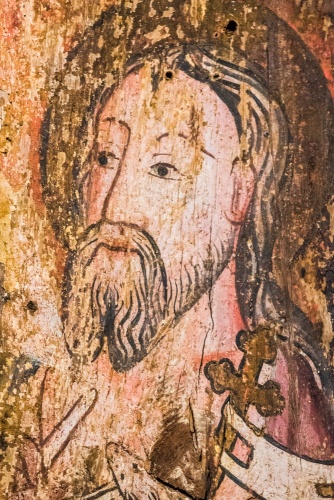 Steps lead up from the Guildhall on the ground floor to a pair of classrooms, one preserved as it was in the Tudor period and the other illustrating what life was like for students in the 18th century.

In the Tudor classroom a costumed actor plays the part of a [very strict] Tudor schoolmaster and illustrates what life was like for schoolboys like young William Shakespeare. Some of the furniture is original, including a worn Tudor school desk and a long desk that may have come from New Place, Shakespeare's residence when he returned to Stratford to live. Other furnishings are reproduction.

All the schoolroom furniture is made of English oak sourced in Warwickshire and built using traditional hand tools using woodworking techniques that would have been familiar to Tudor craftsmen. The oak trees came from Oakham Farm near Wellesbourne, which once formed part of the Loxley Estate, owned by the husband of Shakespeare's granddaughter. That is just one of the little touches that make the visiting experience at Shakespeare's Schoolroom as authentic as possible.

In the Georgian schoolroom visitors can try their hand at writing with a quill pen and dress up in period costumes.

Also on the first floor is the Master's Chamber, the schoolmaster's private quarters. Occupying the centre of the chamber is the prefect's table, carved with the names and initials of schoolboys spanning hundreds of years. 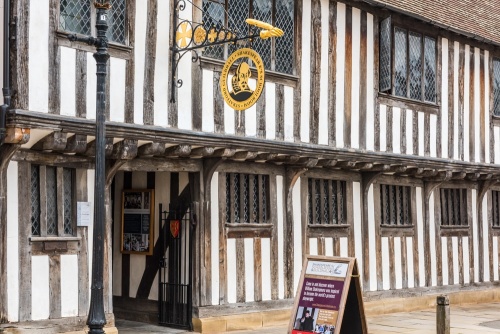 It seems likely that during Shakespeare's time at King Edward VI School classes consisted of between 40-60 boys ranging in age from 7 to 16. All were taught by a single schoolmaster at once. Discipline must have been a constant problem; contemporary engravings show schoolboys misbehaving behind the Master's back and sneaking out of the room.

Immediately beside Shakespeare's Schoolroom is the Guildhall Chapel, which boasts a superb set of medieval wall paintings including a 'Doom', a depiction of the Biblical Day of Judgement over the chancel arch. Shakespeare would have been very familiar with the chapel and the wall paintings.

A few steps along Church Street from Shakespeare's Schoolroom entrance is a very attractive row of medieval almshouses.

Shakespeare's Schoolroom is signposted from around the historic town centre. It is immediately across the street from New Place, the site of Shakespeare's retirement home. There is no dedicated visitor parking, so you'll have to park in one of the pay and display visitor parking areas nearby and walk to the school. 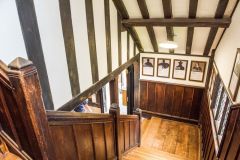 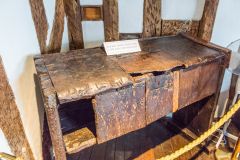 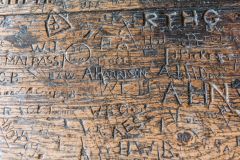 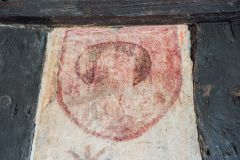 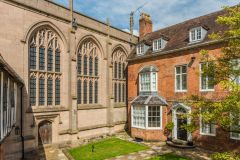 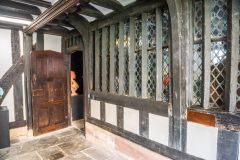 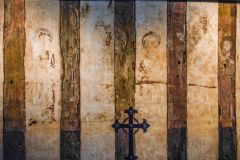 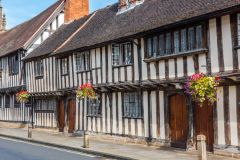