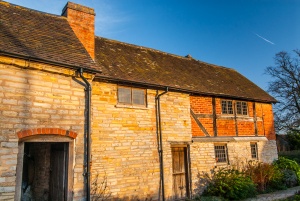 Three miles outside Stratford to the north lies the small village of Wilmcote. Here stands a lovely half-timbered Tudor farmhouse built of oak from the nearby Forest of Arden and stone from Wilmcote.

This was the childhood home of Mary Arden, the eighth daughter of a well-to-do yeoman farmer named Robert Arden. The house is indicative of how a better-off family would have lived in the late Tudor period.

There is more to Mary Arden's House than the Tudor farmhouse. In the grounds are several interesting buildings, including stables, a cider mill, and a dovecote with nesting holes for 657 doves.

Which house did Mary Arden live in?

An interesting tale adheres to Mary Arden's House. For centuries the traditional farmhouse immediately the east of the current visitor parking lot was thought to be the house where Shakespeare's mother was born and lived prior to her marriage to John Shakespeare.

The identification of this building as Mary Arden's House was based on local tradition. A few years ago the adjoining farm came on the market. This property was purchased by the Shakespeare Birthplace Trust to prevent any modern development being built on the site. It was only later than detective work by historians revealed that this adjoining farm was, in fact, the actual home of Mary Arden! 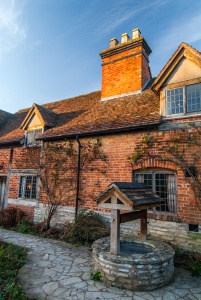 The courtyard and well

The first, Palmer's Farm, is displayed very much as a wealthy Elizabethan farm would have lived. There are lovely pieces of rural furniture, a huge inglenook fireplace, and delightfully sloping floors in the upstairs bedrooms.

Though it seems funny, it does show how conscious of status symbols and wealth the Elizabethan period became, as social standing began a slow move away from status based on noble name and rank, to a system that recognized wealth as the major basis for status.

Perhaps the finest piece of furniture is a 16th-century cupboard with Stuart panelling. More rare is a lovely copper mould for making sugar biscuits. Children will especially enjoy the Elizabethan mousetrap, which thuds down with a startling 'thump' on an unsuspecting model mouse. 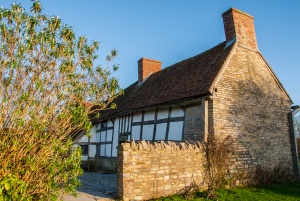 Outside the house is a collection of stone and wooden farm buildings housing displays of rural crafts and farm implements, including a display of cruck framing, a cooper's workshop, and a stone cider press. One striking building is the dovecote, which has holes for 657 birds. The dovecote was seen as another status symbol, and a sign of the wealth of the family that owned the farm.

The second farmhouse you come to is Mary Arden's House. Until the 1970s the house was owned by an elderly woman who had lived there since the 1920s. When she died, the house was preserved very much as she had left it. So the interior is an intriguing time capsule of traditional Victorian and Edwardian household implements and furniture.

This presents an intriguing contrast to the very different Elizabethan furnishings of Palmer's Farm, which offers a much better idea of how Mary Arden would have lived.

Aside from the domestic buildings and rural life displays, there is quite a lot for families to explore; there is a pigsty - featuring some very friendly pigs - a nature trail and wildflower meadow, an adventure playground, Cotswold sheep, and Longhorn cattle. But the most popular feature for children is the falconry display, where children of any age can watch, and get to hold, birds of prey. Our children, ages 6 and 12, enjoyed their visit immensely. 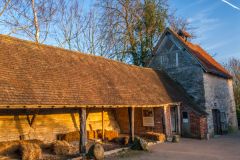 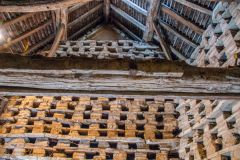 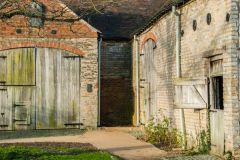 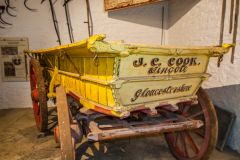