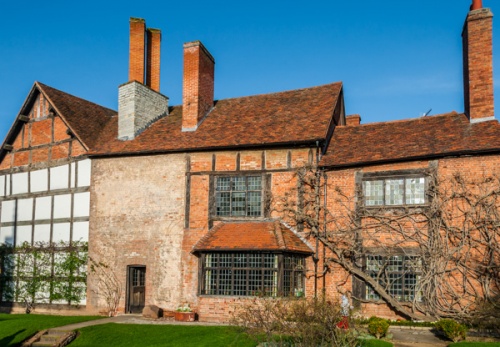 William Shakespeare purchased his retirement home of New Place in 1597, though he did not move in until 1610. At that time it was the second-largest dwelling in Stratford, and the only one built of brick. Shakespeare died in 1616, but it is thought that his wife, Anne, lived at New Place until her death seven years later.

After his death, Shakespeare's daughter Susanna and her husband Dr John Hall moved here from their house at Hall's Croft. We do know that the Halls entertained Queen Henrietta, wife of King Charles I, at New Place, and that after Susanna died the house was left to her daughter Elizabeth Hall, who wed Thomas Nash, of Nash's House, which stands immediately beside New Place.

New Place was later expanded and refurbished by Sir John Clopton, who followed the fashion of the time by opening the doors of his house to public viewing. The tourists flocked to see Shakespeare's home, but then the fortunes of this historic house took a disastrous turn. The architect of the disaster was one Rev. Francis Gastrell.

To say that Gastrell was a character is putting it mildly; in 1759 he became so upset by the number of passers-by lingering by his house and gawking at a mulberry tree said to have been planted by Shakespeare that he took an axe to the mulberry tree and cut it to pieces.

An alternative version of events suggests that he was anxious to avoid paying taxes and he thought that by destroying Shakespeare's mulberry tree he was lessening the taxable value of the property. 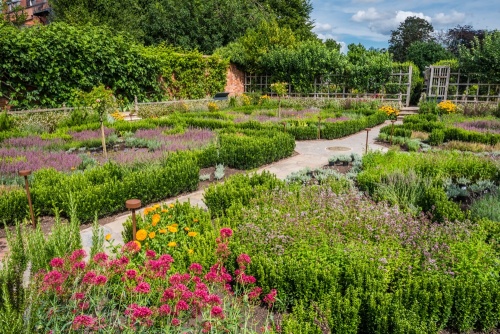 The tree was ruined, but that was just the beginning. An entrepreneurial chap named Sharp began to sell wooden likenesses of Shakespeare carved, so he claimed, from the very mulberry tree destroyed by Gastrell. Sharp produced a prodigious number of likenesses, boxes, bangles, and other souvenirs, and his buyers began to get suspicious.

In fact, a seemingly unending supply of the souvenirs coincided with a sudden lessening in the number of mulberry trees in the surrounding area. Hmm .... At the rear of New Place an old mulberry tree grows, descended, legend has it, from the old tree planted by Shakespeare.

Back to the outraged Reverend Gastrell. Not content with turning the old mulberry tree into firewood, Gastrell continued his defiance of local taxes. When it became clear that he could not avoid his taxes, he had New Place pulled to the ground.

This was the final straw for the townsfolk of Stratford, and Reverend Gastrell was forced to leave the town, never to return. And to ensure that Stratford was never again forced to endure the Reverend or his descendants, a bylaw was passed prohibiting anyone named Gastrell from ever taking up residence in Stratford. 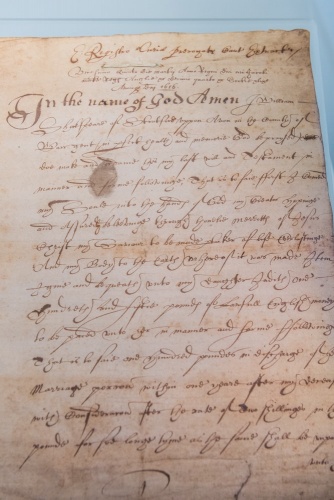 The executor's copy of Shakespeare's will, 1616

New Place itself is gone now, and nothing can be seen of Shakespeare's dwelling beyond the outline of foundation walls, but in its place stands a replica Tudor Knot garden. Visitors can tour the knot garden, and visit Shakespeare's 'Great Garden' at the rear of the property, which stands on the site once occupied by the kitchen garden and orchard of New Place.

You access New Place through a gateway made of oak and bronze. The gateway stands on the site of the original gatehouse to New Place. Through the gateway, you find the garden, brought to life by specially commissioned modern sculptures. The garden centrepiece is a bronze tree sculpture surrounded by pleached hornbeams.

Beyond the garden, on the site of Shakespeare's house, is the restored Tudor knot garden, and beyond that is the Great Garden, with its famous mulberry trees, sweeping lawns, and herbaceous borders. Here you will find a Wild Bank of plants mentioned in Shakespeare's writings. 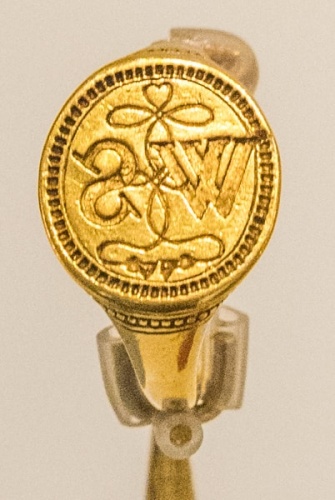 Nash's House now houses a permanent exhibition on New Place and the life of Wiliam Shakespeare, focussing on Shakespeare as a father, husband, and resident of Stratford as well as his writing career.

The house is furnished with original Tudor and Elizabethan furniture and boasts a first-floor viewing platform overlooking the New Place site, with views of the Guild Chapel and King Edward VI School, where Shakespeare was a student.

Exhibits inside Nash's House include the executor's copy of Shakespeare's will, dated 1616 and a copy of the 'fine' marking Shakespeare's purchase of New Place. A 'fine' was a Tudor term for a legal action. In this case, Shakespeare paid for the fine to prove his ownership of New Place.

One of the most intriguing objects on display is a gold signet ring with the inscription 'WS'. The ring was discovered near Holy Trinity Church, where Shakespeare's daughter Judith was married in February 1616.

The wedding took place a few weeks before Shakespeare had his will finalised, and in an amendment to the will he says that he has lost his seal ring and thus has to sign the document rather than seal it. That would suggest that the signet ring on display is Shakespeare's missing ring, perhaps lost when he attended his daughter's wedding. 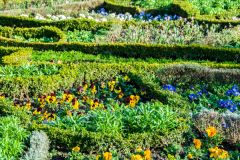 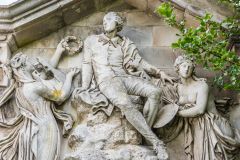 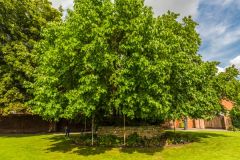 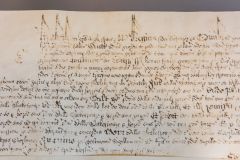 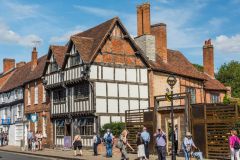