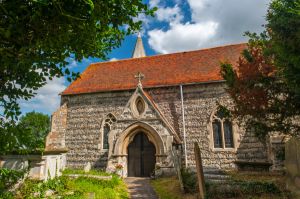 A late Saxon or early Norman church with an unusual double nave. St Mary's stands beside the site of a 13th-century nunnery begun by Princess Mary, daughter of King Stephen.

The original church was greatly enlarged around 1357 after Pope Innocent VI gave the nuns the right to grant indulgences for a period of three years (as a money-making ploy this was a pretty good deal in 14th-century terms; it meant that anyone making a donation to the nunnery was granted forgiveness for their sins).

The nunnery prospered after Henry III granted them the right to maintain a ferry across the Thames. Unfortunately, the nunnery gained a bit of an unwelcome reputation for laxity. When the Bishop of Rochester visited in 1513 he found two of the four nuns were pregnant by the local vicar. The nunnery was closed and the manor granted to St John's College, Cambridge.

A new church was built in 1862 and the old Norman church was declared redundant. It is now cared for by the Churches Conservation Trust.

The building is constructed of flint and ragstone, with the occasional course of horizontal tiles, much like old Roman building methods. The oldest part of the church is the north wall, where you can see traces of a blocked up Norman window.

Inside the Lady Chapel is the tomb of Elizabeth Boteler (d. 1615) and a memorial brass to a Yeoman of the Guard under Henry VIII. Against the south wall is an old 14th-century tomb recess, once the final resting place of Abbess Joan de Hadloc, who died in 1328. The niche was later used for the memorial to Ann Cordwell (d. 1642). 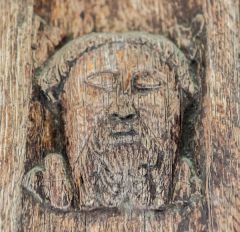 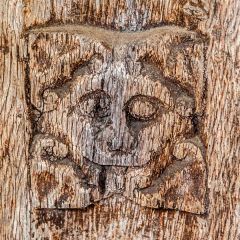 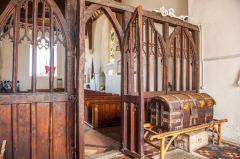 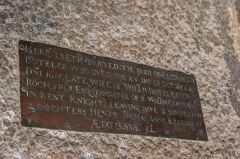