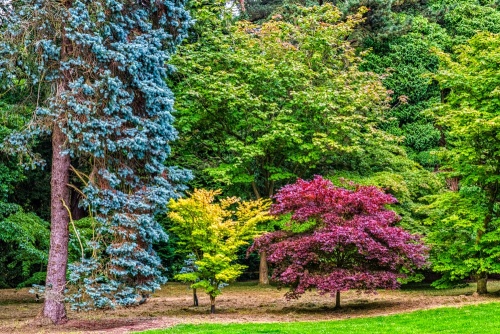 A 100-acre 20th-century arboretum, the creation of Colonel Sir Leonard Ropner. Thorp Perrow features rare trees and shrubs, and a pinetum, based around a stand of 16th-century woodlands.

Thorp Perrow Arboretum is probably unique in Britain in being the creation of just one person. Colonel Sir Leonard Ropner (1895 - 1977) established the garden, and it is still run by the Ropner family. The result is one of the best private collections of trees and shrubs in Britain, and some of the largest and most unusual species in the country.

Sir Leonard was an MP and a Director in the Ropner family's shipping business. He served with the Royal Artillery in WWI and won a Military Cross during the conflict. He started collecting trees in his early 30s after his parents gave him part of the Thorp Perrow park. His military training came in handy when laying out the arboretum; Ropner meticulously plotted each tree on maps and kept detailed photographic records.

Sir Leonard's contribution is to the arboretum is remembered by a striking monumental gazebo acting as a focal point at the end of Main Avenue, looking across the lake to the Hall. Another parkland feature is a large sculpture in the form of a stone acorn, commissioned by Lady Ropner to mark Sir John's 70th birthday.

The arboretum is designed as a series of glades linked by long, straight avenues aligned on Thorp Perrow Hall. Many of the vistas were arranged and planted to take advantage of autumn colours, making the arboretum especially colourful on cold, crisp days in October and November. 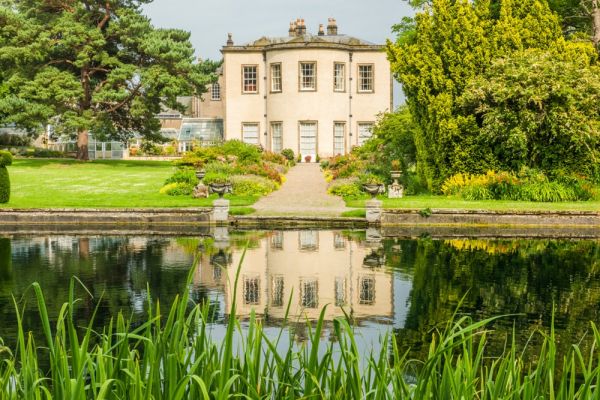 The oldest part of the garden is the 16th century Spring Wood. Another historic feature is the 19th century Milbank Pinetum, established by Lady Augusta Milbank in the 1840s. Lady Millbank obtained seeds from all across the globe but was particularly interested in North American varieties. There are nature trails through the grounds, with a special children's trail, and a Tree Trail taking in some of the rarest and largest trees.

The gardens are designed in separate sections linked by grass walks, paths, avenues, or bays. Over 60 of the trees at Thorp Perrow have been designated as 'champions', the largest and most impressive of their species. The champion trees are all labelled and numbered. The arboretum also holds 5 national collections, including varieties of walnuts, ash, limes, and laburnum.

The most intriguing historical tree in the parkland is the Catherine Parr Oak, said to have been planted by Catherine Parr, Henry VIII's sixth wife. Long before Parr became Henry VIII's sixth and final wife she was married to John, the 3rd Lord Latimer of Snape. The Snape Castle estate adjoins Thorp Perrow to the south, so it is quite plausible that Parr planted the oak within the Thorp Perrow grounds. There's nothing to confirm the claim, but as Sir John Ropner declared in a Telegraph newspaper article, 'Well, it is the right age ...'. 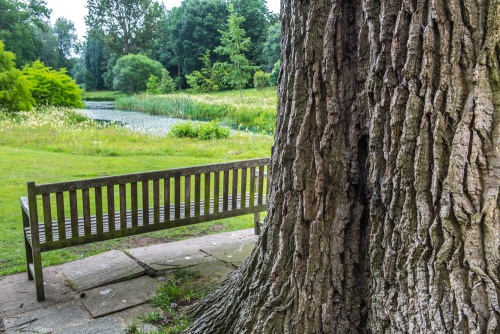 The history of Thorp Perrow can be traced to at least the time of the Domesday Book in 1086. Thorp Perrow Hall (not open to the public) was built in the early 18th century and remodelled by John Foss around 1800.

The elegant 1800 facade looks out on wide lawns running down to an elongated lake that runs roughly east/west through the gardens. A weir links the lake to a second, smaller lake, and the stream that feeds the lakes has several attractive cascades. The lakes are lined with garden urns shown in an 1802 map of the estate. This area was probably laid out by Adam Mickle around 1800.

Thorp Perrow has an especially good display of snowdrops and daffodils in the springtime.

For families, there is a popular Bird of Prey and Mammal Centre, with a wealth of information and interaction with animals ranging from falcons to wallabies! The bird of prey centre is housed within the confines of the historic walled garden.

We visited Thorp Perrow on a cloudy day in late summer and spent hours wandering along the lake and down the lovely, long avenues of trees. This is a place you could lose track of time and enjoy exploring for hours on end. It is fascinating to see how the historic parkland surrounding the Hall has been transformed to create an arboretum of wonderful variety, colour, and endless interest. 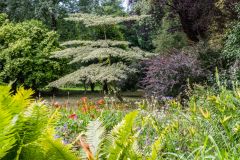 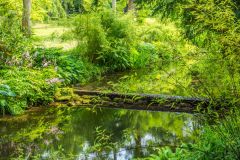 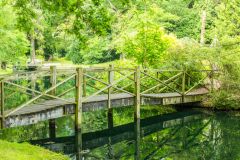 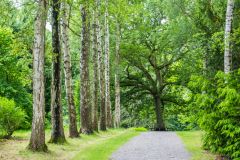 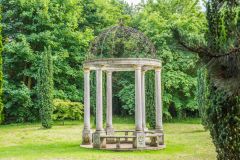 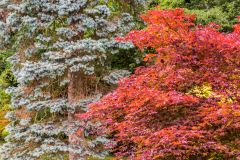