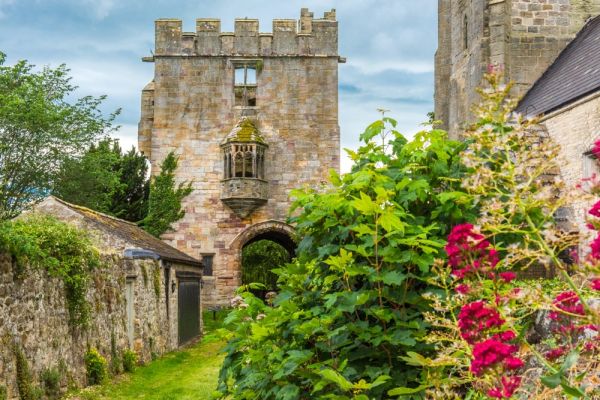 A lovely 14th-century gatehouse on the banks of the River Ure is all that remains of the fortified manor house of Tanfield Castle. The exact location of the manor is not known, but generations of its owners lie buried in the neighbouring parish church, where their monuments can be seen.

Marmion Tower stands three stories high and is built to a square design with a protection in one corner to house a staircase. There is a guardroom off the barrel-vaulted gateway passage. Visitors can climb the stairs to an upper chamber and to a turret above the roof. Windows look down onto a riverside walk. A lovely oriel window projects over the gateway arch.

What is extraordinary is that the tower is in such excellent condition - it is essentially perfect - yet no trace of the manor itself remains. We know that Matilda, widow of Sir John Marmion, gained a license to crenellate in 1384, but it is possible that this was never carried out.

The gatehouse is crenellated, in the fashion of a castle, but there is no evidence of a portcullis to defend the wide arched passage through the tower nor are there any arrow loops, so it seems the owners of Marmion Tower must have felt secure from attack. 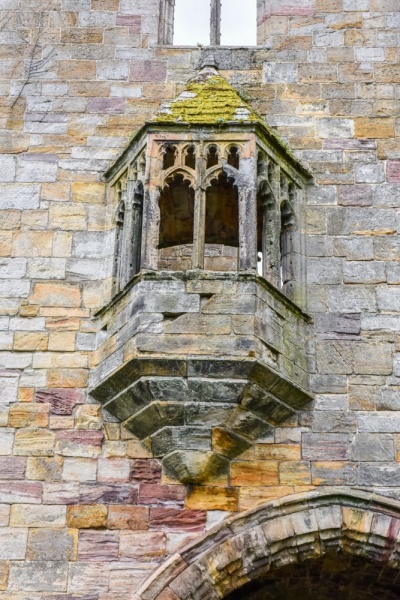 At ground floor level there is a narrow chamber to the left of the central the passage that must have served as a guard chamber. Within the chamber are a small fireplace, a cupboard set into the wall, and a doorway leading to a garderobe. A squint, or small opening in the wall, allowed the porter to look into the passage.

On the opposite side of the passage is a larger chamber with a fireplace. Spiral stairs rise to private chambers on the first and second floors. Each of these larger chambers takes up the entire floor. It is possible that the upper floor chambers served as private apartments for the owners of the West Tanfield manor.

On the first floor, you can see where the oriel window was inserted into the 14th-century wall. Both first and second floor chambers have fireplaces and a garderobe, and all are more ornately carved and luxurious than the ground-floor features. 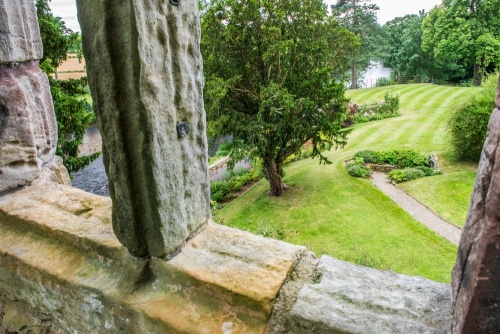 The riverside from the first-floor window

In the 1530s John Leland described Marmion Tower as 'a fair tourid gate and a haule of squarid stone'. Leland also says that he saw no evidence of the castle, so it must have been torn down not long after it was built, leaving only the tower.

The West Tanfield manor later passed by marriage to the Parr family. In the 16th century William Parr, Marquis of Northampton, made alterations to the Tower, Parr was the brother of Katherine Parr, the 6th wife of Henry VIII.

In 1571 the manor was granted to William Cecil, Lord Burghley. It passed to the Earls of Ailesbury and then in 1886, it was purchased by the Arton family numerous hands over time and eventually passed into state care in 1976. It is now looked after by English Heritage. 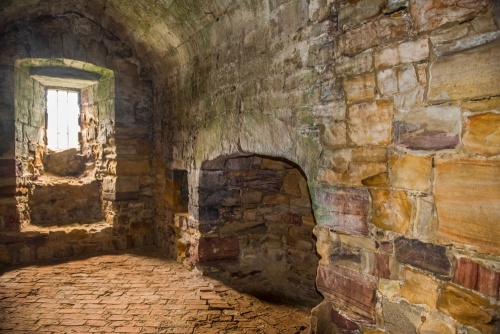 The ground floor chamber with fireplace

Marmion Tower is roughly square, measuring approximately 34 feet by 31 feet. Curiously, the gate passage is higher at the far end, allowing the gates to open inwards.

I highly recommend visiting the church, immediately beside the Tower, to see the memorials to generations of owners of the West Tanfield estate.

There is no dedicated parking area for the tower. We just found a spot along the lane leading to the Tower. Be aware that the lane is a cul-de-sac with no way through for traffic, and turning around is very difficult (as we discovered to our cost). 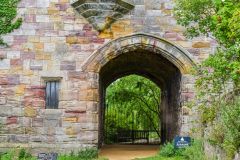 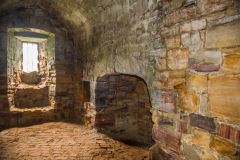 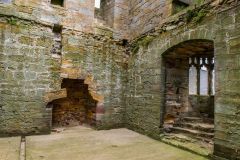 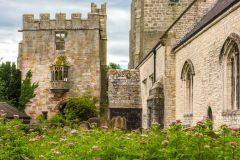 More self catering near Marmion Tower >>