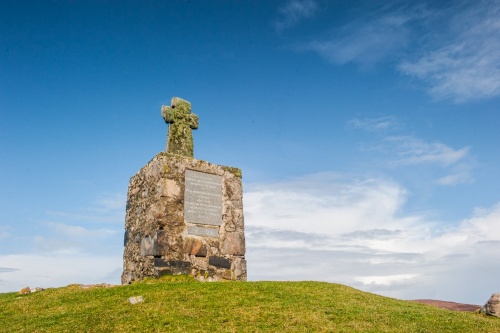 This ancient cross, now covered in lichen, stands on a Victorian plinth atop a small hill beside the road. The cross was discovered in 'the old graveyard' at Kilphedder and set in place by Dr Alexander MacLeod of Balelone.

There is a plaque on the plinth which makes for interesting reading; it tells us that the tablet was inserted and the plinth restored by Norman MacLeod of Calcutta, grandson of Alexander MacLeod, in 1913.

A further small plaque has been added to the base, in memory of Brigadier Torquil MacLeod, RA, great-grandson of Alexander, who once more restored the plinth in 1960.

The cross stands just over 1.5 metres high and is carved from gneiss. Its arms span 0.83 metres and the shaft tapers slightly towards the top. There are two plain bosses on the south face, but no apparent decoration elsewhere.

The church where the cross was supposedly found was probably a chapel dedicated to St Peter, which stood about 60 metres away, near Kilphedder farmhouse. No trace of the church or graveyard now remains

The cross is easily visible from the A865, but to get a closer look you have to cross the farm field. 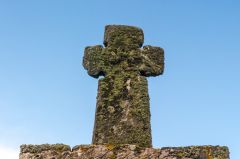 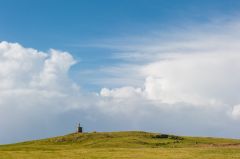 Nearby accommodation is calculated 'as the crow flies' from Kilphedder Cross. 'Nearest' may involve a long drive up and down glens or, if you are near the coast, may include a ferry ride! Please check the property map to make sure the location is right for you.

More self catering near Kilphedder Cross >>