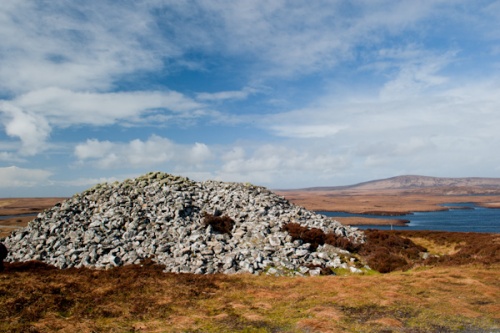 Signposted off the main road a mile north of Clachan, this beautifully preserved Neolithic passage grave cairn is set on the slope of a high hill with wonderful views to the west. There is a small parking area and informational signs explaining the site, and a gravel path up a fairly steep slope to the prominent cairn a few hundred yards above the road.

The cairn is very large, measuring about 24 metres around and over four metres high. If you're like me and gauge measurement better in old-fashioned terms that's more than 80 feet diameter and 13 feet high. It is likely that the cairn is actually much higher, but appears more sunken due to the encroaching level of the surrounding peat.

There are kerb stones set on end around the cairn's perimeter. There is a low entrance on the north side, and the interior chambers are visible from the entrance. You can access the interior, but you will definitely need a torch and will need to do a bit of crawling.

The cairn was built around 3000 BCE, with the single entrance leading to a passage where cremated bones were found, along with fragments of pottery and bits of charcoal. The passage is elongated, supported by seven upright stones and roofed with three large stones, up to three metres long.

There is a very nice circular walk taking in Barpa Langass and the stone circle at Pobull Fhinn, just over half a mile to the south-east, over the crest of the hill.

The walk can be joined from either location, but I suggest beginning at the parking area beside the Langais Lodge hotel, where there is an information sign and map of the walk, with an explanation of the two sites. 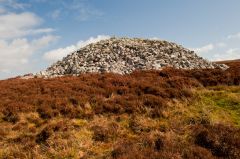 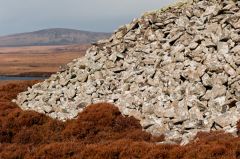 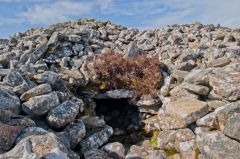 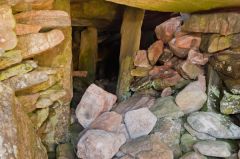 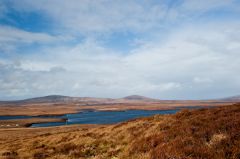 Nearby accommodation is calculated 'as the crow flies' from Barpa Langass Chambered Cairn. 'Nearest' may involve a long drive up and down glens or, if you are near the coast, may include a ferry ride! Please check the property map to make sure the location is right for you.