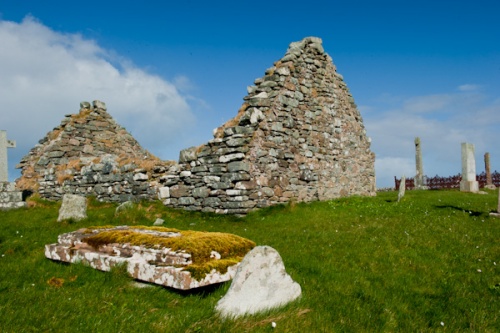 One of the most important ecclesiastical sites in the southern isles, Nunton chapel stands in the burial ground near Nunton Steadings cultural centre, just south of Balivanich. It is the only early Christian site on Benbecula still in use. Persistent legend suggests that there was an early Christian presence here associated with the Celtic monastery established by St Columba at Iona.

In the early 19th century a handbell, perhaps used in such an early chapel, was found at Nunton, but this has since been lost.

There was a monastic settlement here in the medieval period, believed locally to be a nunnery associated with Iona. The only remnant of the nunnery, if such it was, is the roofless chapel that now stands within the graveyard. This chapel measures about 25 x 16 feet externally and contains a jumble of rubble and bits of memorials.

A Victorian survey recorded an old cross lying within the chapel, but no trace of this can now be found. The graveyard itself was for many years the burial place for Clanranald chiefs.

Now we enter the dangerous realms of conjecture and myth; according to local legend, the end came for the nuns in 1560, when zealous religious reformers cast them out and dismantled the nunnery buildings to use the stone to build Clanranald House, a short stroll away, opposite Nunton Steadings.

It was at the house that Flora MacDonald met Bonnie Prince Charlie and was persuaded to disguise him as her maidservant, prior to leading him 'over the sea to Skye' and eventual freedom.

As for the nuns, they were cruelly treated; some were tied to a large rock by the shore of Cula Bay, and there drowned by the tide. One of the nuns is said to have cursed Benbecula, vowing that no priest would ever be born there. With some imagination you can make out the shape of human hands grasping the rock, as if the nuns still vainly try to hold onto life. As I said, some imagination is required! 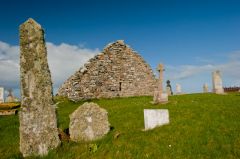 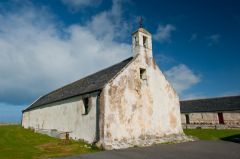 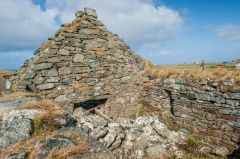 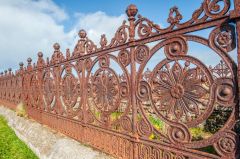 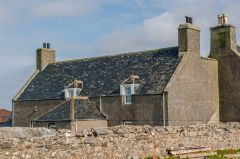 Our Lady of the Isles Statue - 8.2 miles (Landmark)

Nearby accommodation is calculated 'as the crow flies' from Nunton Chapel (Teampall Mhuire). 'Nearest' may involve a long drive up and down glens or, if you are near the coast, may include a ferry ride! Please check the property map to make sure the location is right for you.