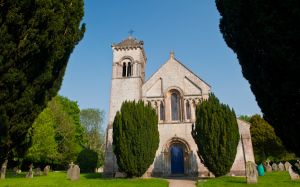 A Grade II* listed building in Norman Revival style, designed in 1844 by Benjamin Ferrey. St Nicholas' is very much a church in the continental European idiom, unusual to find in the Wiltshire countryside! It is said to have been modelled after a church at Thaon, Normandy.

At first glance, it appears that St Nicholas church has been magically transported to the Wiltshire countryside from the European continent. It bears more than a passing resemblance to the ornate Italianate church at Wilton, near Salisbury, with a continental-style bell-tower set alongside the main body of the church, and Romanesque arcading decorating the west front.

You enter the churchyard through a striking stone lych gate, in Italianate style, with a peculiar central circular window under the gable.

The interior of St Nicholas is spacious and airy, with arched clerestory windows admitting shafts of bright light. While predominates - at least until you get to to the fabulously painted chancel, where the rounded apse has been brightly painted with stars on the ceiling and Victorian stencilled patterns on the walls. The stained glass is brightly coloured, as you would expect of a largely Victorian church.

It is hard to characterise St Nicholas church as historically important - but it is still a fascinating building, not least because it is a good example of the emerging style of Victorian Norman Revival.

Benjamin Ferrey (1810-1880) was born in Christchurch, Hampshire and educated at Wimborne Grammar School. He showed early skill in drawing, so his parents sent him to London to study architecture under Auguste Pugin.

One of his fellow students was Pugin's son, AW Pugin, who would become one of the most influential architects of the Victorian age. Ferrey established an architectural practice in Bloomsbury, London in 1834, and was one of the first architects to join the Royal Institute of British Architects (RIBA), which he twice served as Vice-President.

He rose to become Diocesan Architect for Bath and Wells, and Secretary of Architects' Committee for the Houses of Parliament. His ecclesiastical work included restoration at Wells Cathedral and Christchurch Priory, Church of St. Stephen, Westminster (1846), and Christ Church, Esher, Surrey (1853). Ferrey was one of the leading lights in the Norman and Gothic Revival movements that so characterise churches in the Victorian era. 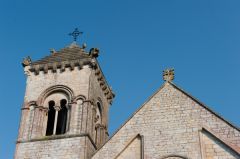 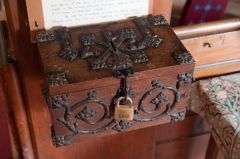 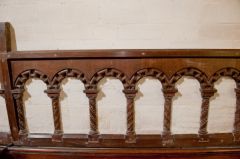 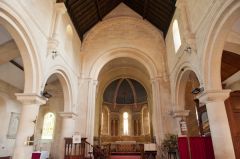 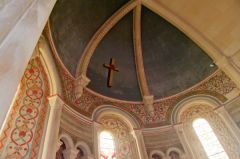 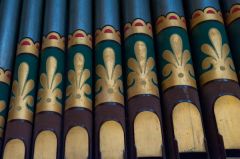 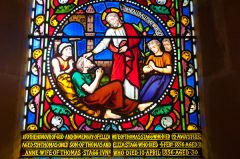