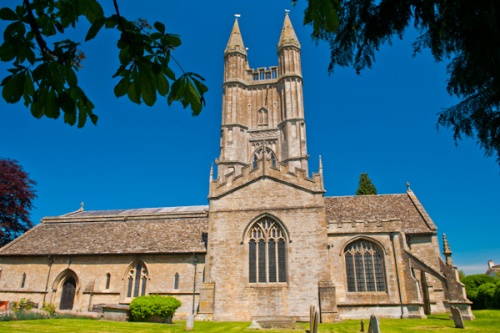 One of the finest parish churches in Wiltshire, St Sampson's is a superb medieval building with a striking Perpendicular tower that rises high over this ancient Saxon town. There has been a church on this site since at least AD 890 - not surprising when you consider the age of Cricklade itself, which was a thriving town in the late Saxon era.

The dedication to St Sampson is unusual; it is one of only five churches in England dedicated to Sampson, who was a 6th-century Welshman, an abbot of Caldey, and the first Bishop of Dol in Brittany.

At the time of the Domesday Book, the church was held by Westminster Abbey in London. It seems that the Abbey rebuilt the Saxon church around 1080. Remnants of this 11th-century construction can be seen in the lower section of the west wall of the nave.

Much of the current St Sampson's dates to a major rebuilding in the period 1240-1280, though the most striking feature - the central tower - was begun in the early 16th century and finished by the Duke of Northumberland in 1551-1553. Perhaps the tower acts as the Duke's legacy, as he was beheaded for treason shortly after it was completed. The chancel was rebuilt 1350-1370 and a large chapel was added by Sir Edmund Hungerford before his death in 1484.

Back to the tower; it is decorated with large octagonal turrets at each corner. These rise well above the battlemented top of the tower and are capped with striking spirelets. The tower facade is highly decorated with blind arcading and emphasizes just what an imposing and impressive structure it is. 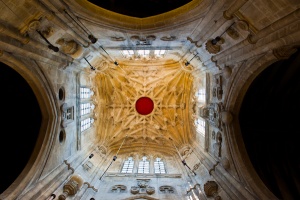 There are remnants of the early Saxon church to be seen in the current building; over the north door (the main entrance) are pieces of a 10th-century cross shaft and part of a grave slab of similar age, both showing traditional Saxon interlace carving patterns.

A Saxon pilaster strip is built into the wall of the south aisle, composed of two carved stones are set high on the south aisle wall; the westernmost stone shows a pair of beasts, while the other stone shows two figures thought to be of Roman origin, but later recarved in the 11th century. Another possible Roman remain is incorporated in the font.

Immediately to the left of the door as you enter is a tomb recess in Decorated Gothic style, supporting a worn effigy of a woman in 15th-century costume. The effigy is thought to be that of Agnes Lushill, who died in 1442.

A major Victorian restoration in 1863 swept away interior clutter and left us with an awe-inspiring interior, spacious and lofty. The font is 15th century, and at the west end of the south aisle is a mechanical clock made in 1658. The west window of the north aisle boasts 1888 stained glass designed by the famed Victorian designer CE Kempe. 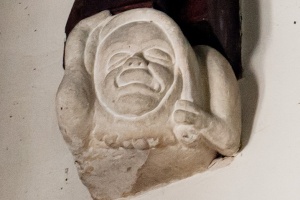 The lofty roof is supported on massive columns, decorated with amusing carvings of strange heads. By the altar hangs a brass chandelier, given by Mrs Martha Pleydell in 1733. To the north of the chancel is the 15th century Hungerford Chapel, where a small brass door to the left of the altar covers an aumbry. The chapel is separated from the chancel by wooden screens, sadly painted.

The highlight of the interior, however, indeed, the highlight of the entire church, is the tower lantern. Stand in the centre of the tower crossing and look up. Far above you, lit by wide windows, is a beautiful network of lierne vaulting ribs, supporting the lofty tower roof far above.

The inner walls of the tower are sparsely decorated, emphasizing the height of the structure. A series of heraldic symbols decorate the tower, including the Bear and Ragged Cross of Warwick, and the arms of Westminster Abbey and the University of Oxford.

One other interesting feature of St Sampson's that won't immediately be apparent can only be discovered by walking around the east end of the building. There you will find a large 'flying' buttress, built to support the Lady Chapel from the weight of the tower.

St Sampson's deserves its reputation as one of Wiltshire's great parish churches. It is full of historical interest, and once you have looked up into the light-filled tower lantern, you will not forget the sight!

At the entrance to the churchyard (where Church Lane ends, by the whitewashed Church Cottage) stands the 14th-century town high cross, moved here from the High Street in 1818.

If you are visiting Cricklade please take the time to stroll down High Street to the 'other' medieval church in town; St Mary's. Now a Roman Catholic church, St Mary's dates to the 13th century and stands by the old north gate to the Saxon town. 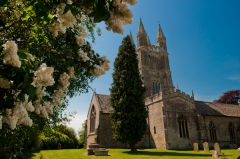 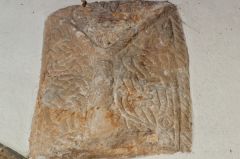 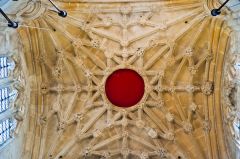 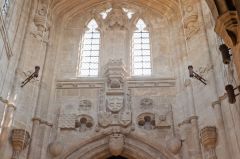 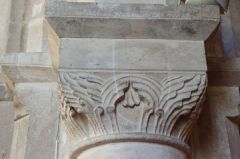