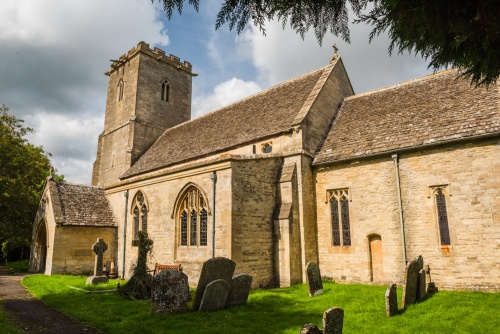 Ashton Keynes is a pretty village in the Cotswold Water Park south of Cirencester. At the northern edge of the village beside the earthworks and moat of a lost medieval castle, stands the parish church, dedicated to the Holy Cross.

The church we see today was begun in the 12th century but may stand on the site of an earlier building erected by the monks of Cranborne Abbey. After 1102 the church was appropriated by Tewkesbury Abbey, which held the right of presentation until the Reformation.

The church is laid out with a nave flanked by north and south aisles, north and south porches, a west tower, chancel and north chapel. The porches were the last parts of the building to be added in the 15th century. 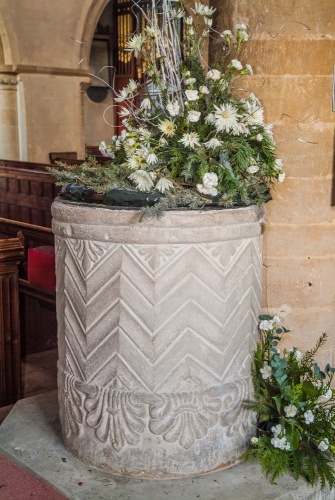 The church was comprehensively restored in 1876 by William Butterfield, one of the most important Victorian architects o the Gothic Revival style. Butterfield cleverly widened the 12th-century chancel arch by adding voussoirs (wedge-shaped arch stones). Thankfully, Butterfield kept the 15th-century waggon roof, with its painted timbers and carved bosses.

The most interesting historical feature is the tub font, decorated with carvings of palmettes and chevrons.

There are fragments of 15th-century stained glass in the east window and a 14th-century reredos has been set into the east wall of the north aisle. 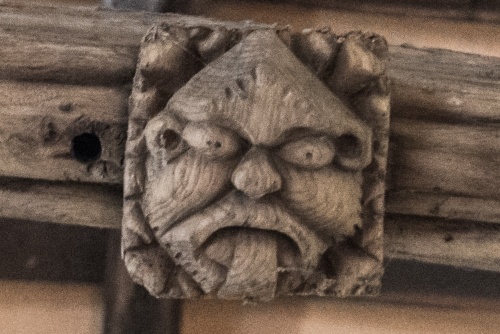 In the chancel is a memorial brass dated 1658, commemorating three generations of the Hawkins family - all named Henry.

The best memorial in the church, however, is a white marble tablet in the south aisle dated 1800, commemorating Charlotte Nicholas and her husband. Charlotte Nicholas was the daughter of Sir Thomas Frankland, Admiral of the White. The tablet depicts a deathbed scene and was sculpted by John Flaxman (1755-1826), an immensely popular British sculptor and exponent of the neoclassical style. 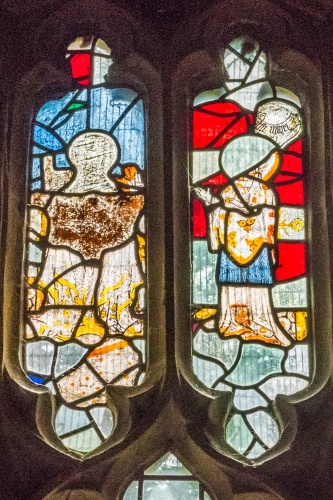 The effusive epitaph reads in part:

It pleased God that this virtuous, beautiful, and accomplished
woman should leave her family when her protection
and example seemed most to be wanted.
Yet, with faith in the justice of her maker, and confidence
in her husband's care of those numerous pledges of
their uninterrupted love, whom it was
impossible to leave without regret,
she bore in humble hope a long decay which yielded not
to any exertion of human skill.
Praying for the blessing of God on her aged mother and
infant children and with her last accents
affectionately calling upon her afflicted husband to
support her in that struggle which was to dissolve
an union commenced in the happiest season of their youth
she resigned her pure spirit to her creator
on the 28th of January 1800
aged 39 years. 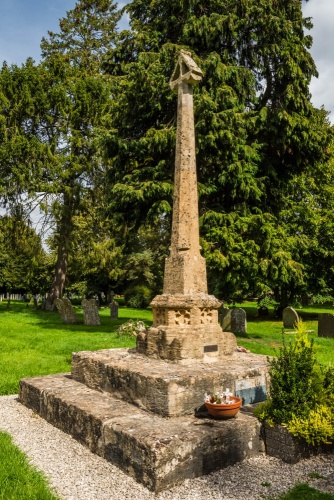 In the churchyard is a restored medieval cross. The cross base and lower section of the shaft are original, but the lantern cross is modern. The base of the cross is decorated with quatrefoil panels. The cross now acts as the village war memorial.

Holy Cross is a delightful country church in a wonderful setting. Despite its proximity of the busy B4696, the location has an air of peace and a long history.

The most enjoyable way to reach the church is to park in the village centre and follow Church Walk, which passes beside the medieval ringwork possibly linked to a castle destroyed during The Anarchy, the 12th-century civil war between King Stephen and Queen Maude. 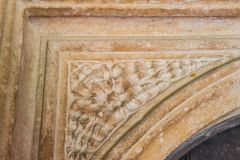 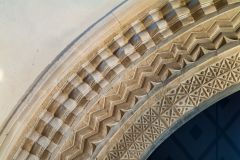 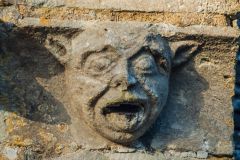 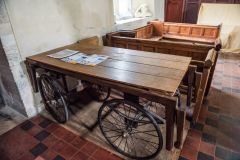 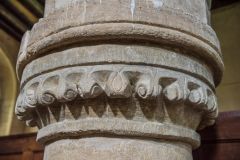 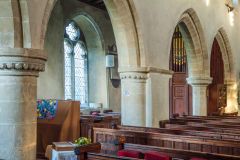 Self Catering near Ashton Keynes