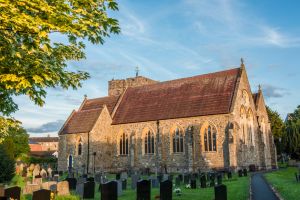 Builth Wells, St Mary's Church
St Mary's is a Victorian church built to replace an earlier Norman and 14th century building. The 14th-century tower remains, and in the porch is an Elizabethan monument to John Lloyd. The stained glass in the impressive east wall is by CE Kempe and is dated 1877.

We do not know when the first church was built at Builth Wells. The oval-shaped churchyard suggests the possibility of a Celtic church here. We do know that there was a chapel at the castle here., and it is entirely possible that the townsfolk attended services at the castle, which was served by monks from Brecon until the 13th century.

The first record of a separate parish church comes from 1283 when the church and chapel were in dispute over how many services should be held in each location.

Curiously, the church does not appear in the 1291 'Taxatio' of Pope Nicholas IV, a record of all English and Welsh churches for taxation purposes. The medieval church was rebuilt in 1793, leaving only the 14th century tower in place. 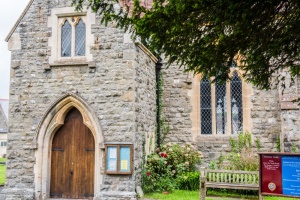 One of the historic features to survive all the rebuilding is an effigy of John Lloyd of Towy (d. 1585), who served as 'Squire to the Body' to Elizabeth I, now in the church porch. The post of Squire to the Body was one level below full knighthood and was the most senior squire to a noble person.

This suggests that Lloyd was very senior indeed, a person of high responsibility and someone who would have attended Queen Elizabeth very closely. Lloyd also served as Justice of the Peace and Sheriff of Wales. Above the effigy is a nicely carved grave slab dated to 1696.

A plaque on the churchyard wall tells us that John Wesley preached here in 1743.

The church is usually open daily to visitors. 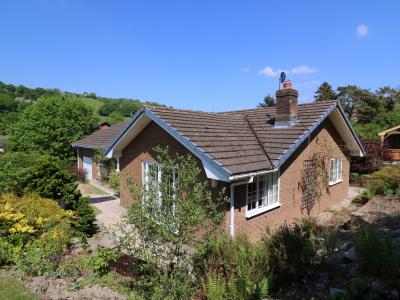 This bungalow is situated in the market town Builth Wellls and can sleep six people in three bedrooms.
Sleeps 6 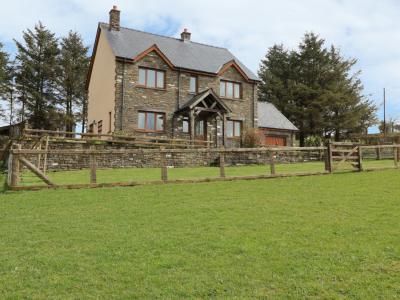 This detached cottage is located in the village of Llandeilo Graban near Builth Wells and can sleep eight people in four bedrooms.
Sleeps 8