HERITAGE HIGHLIGHTS:   The only domed church in Wales 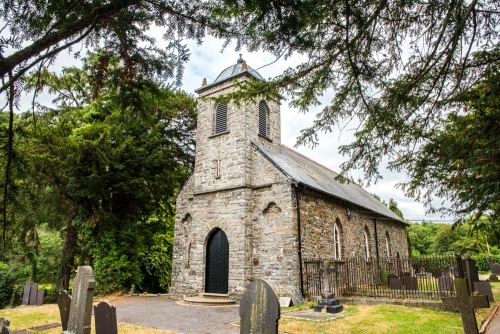 St Non's is the only domed church in Wales, a late 18th-century rebuilding of a medieval church, designed by architect John Nash for William Lewis of Llanerchaeron.

In 1794 William Lewis called in John Nash to renovate his family home at Llanerchaeron. Nash was then just beginning on a career in architecture that would see him rise to the very highest levels of his profession, and culminate in his work for the Prince Regent, most notably the Royal Pavilion in Brighton, and Buckingham Palace in London.

In 1798 Williams once again called on Nash, this time to rebuild a medieval church near his mansion, as well as design a minister's house and other estate buildings.

The original church at Llanerchaeron dates to at least the late 13th century. The church served a large village located where the adjoining parkland now lies. Some time around 1500 the village was deserted, but the church remained. 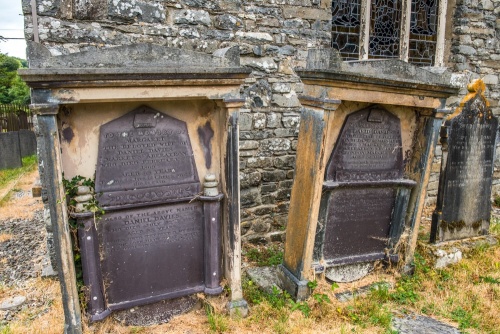 The result of Nash's work was the only domed church in Wales, decorated with battlements and finished with fashionable stucco. Unfortunate the battlements and stucco were swept away in a restoration in 1895, and the original tower's lead-lined dome was replaced in 1960. As a result of the Victorian restoration most of the interior furnishings are late 19th century, and much of Nash's original design is lost.

The church is entered through a west tower doorway. To the left of the doorway are a pair of memorials dated 1758 and 1775, one with a relief carving of a lion, and on the right of the doorway is a 1738 memorial to John Lewis, with a Greek inscription. Most of the other memorials are of 19th and 20th century date.

If you are visiting the National Trust's Llanerchaeron House, just 100 metres away, do take the time to visit the church - and to imagine what it must have looked like when Nash's entire design was still in place! 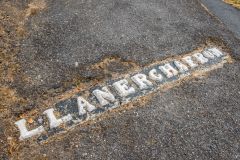 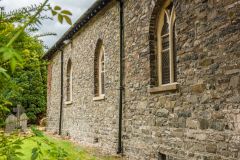