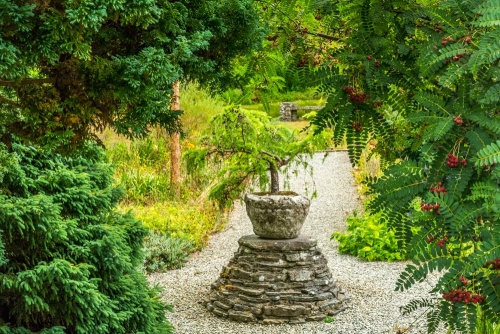 Cae Hir is one of the most popular gardens in Wales, combining a taste of Dutch with a traditional Welsh flavour. Cae Hir boasts separate red, yellow, and blue gardens, bonsai, and a water garden, with wonderful valley views. Best in: summer for the full effect of the colour schemes.

The garden occupies 6 acres of former meadow, organised into a series of individual, colour-themed areas. Mixing trees, shrubs, and herbaceous plants, and combining wildflowers with cultivated flowers, the gardens are a unique and colourful environment. There is a water garden fed by a stream and a series of natural pools, and an arid garden with cacti and collections of bonsai.

What is truly remarkable about the gardens at Cae Hir is that they were planned, planted, and maintained by just one man, using traditional hand tools.

The gardens at Cae Hir were established in 1985 by the husband and wife team of Wil and Gillian Akkermans. Wil was a native of Holland, and a descendent of Johannus Akkermans, who founded the first nursery near Breda, in the Netherlands, in the early 18th century. The Akkerman genes must carry a strong horticultural strain, for Wil was inspired by a visit to the RHS garden at Wisley to create a new garden from an old Welsh farm at Cae Hir. 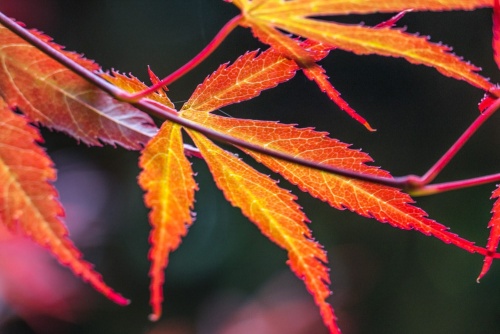 The area that Cae Hir occupies began as pasture. Wil Akkerman designed and built his new gardens by hand, using just a spade to clear the land and a wheelbarrow to haul stone to create stone walls for garden boundaries. The result of all this hard manual labour is a blend of Wil Akkerman's Dutch ancestry in a beautiful Welsh setting.

Akkerman's accomplishments have been recognised by the Royal Horticultural Society, which has made Cae Hir a Partner Garden, ranking alongside such internationally acclaimed (and much better funded!) gardens like Bodnant and Sandringham. For a garden created by the efforts of one man, using hand tools, this is a remarkable accomplishment. Cae Hir is one of Britain's very best gardens. 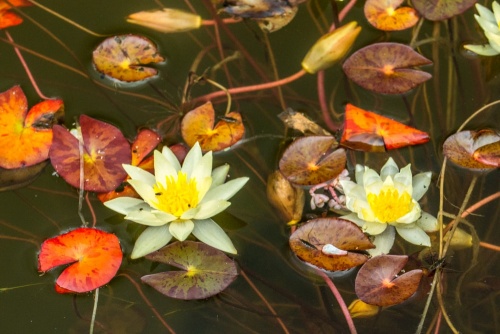 The lily pond in bloom

Cae Hir is very well signposted from surrounding roads. The garden is located on the B4337 at the north end of Cribyn village, roughly halfway between Temple Bar on the A482 and Llanwnnen on the A475. There is a small layby for parking on the east side of the road (heading south into Cribyn).

Do be aware that the garden is laid out on a steep slope, and we definitely found ourselves huffing and puffing by the time we reached the uppermost garden terrace. The exertion was well worth it for the wonderful views.

We came in July, and the colour was simply stunning. No matter where you look there is something interesting, and unexpected viewpoints offering delightfully sudden vistas. We especially liked several small viewing platforms designd to help you catch a glimpse of garden areas on the lower slopes. Cae Hir is a delight to vist, and we highly recommend the gardens. 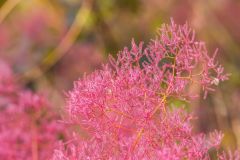 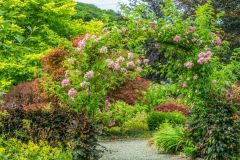 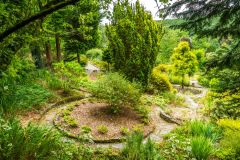 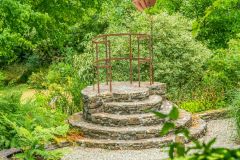 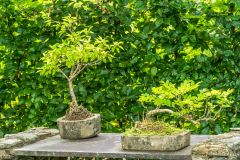