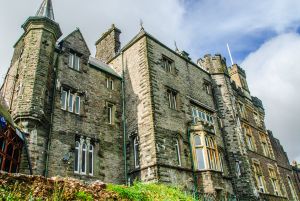 A Victorian country house on the southern verge of the Brecon Beacons, built in 1840 by Captain Rice Davies Powell. On a terraced site above the river Tawe Captain Powell created a mock Gothic castle of local limestone. His design called for a grand mansion, but costs outstripped Powell's funds, and the north wing remained unfinished.

In 1878 the castle was purchased by Madame Adelina Patti, an immensely popular soprano opera singer. Madame Patti was the Victorian equivalent of an entertainment superstar, and wanted a place where she could unwind and relax between exhausting world tours and performances.

It is perhaps difficult to appreciate today what a hugely popular entertainer Patti was; what we today might call a megastar. She gave numerous private performances for Queen Victoria, and sang to popular acclaim across the globe.

Craig-y-Nos proved anything but a secluded retreat - crowned heads visited, including Prince Henry of Battenburg and the Crown Prince of Sweden, and - it is rumoured - the future Edward VII. Madame Patti married in 1886, and began to invest heavily in extending and refurbishing the castle. She added a clock tower, the north and south wings, a conservatory, and the Winter Gardens.

The most interesting addition, however, was the private theatre, designed to hold an audience of only 150. This remarkable chamber had a mechanism under the auditorium floor that would raise it to the level of the stage, thus creating a level dance floor for entertaining. The theatre was opened in 1891, with a guest list of rich and famous patrons of the arts.

Craig y Nos was one of the first private dwellings in Britain to be wired for electricity, provided by a small gas generator installed sometime prior to 1898. Madame Patti died in 1919, and though she was buried in Paris, her kindly ghost is said to haunt the castle. After her death the castle served as a hospital, a role it fulfilled until 1986. It has since been transformed into a hotel and performance venue; however, visitors may tour the castle interior, the amazing theatre, and the gardens. 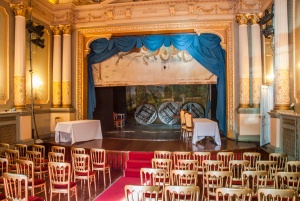 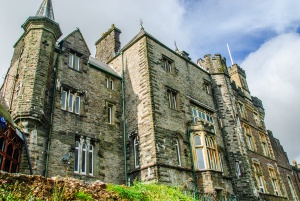 The castle from below 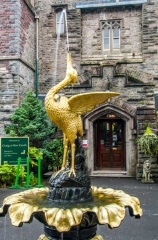 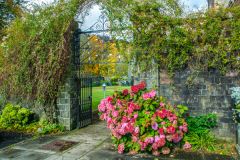 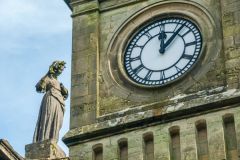 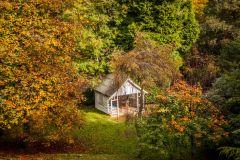 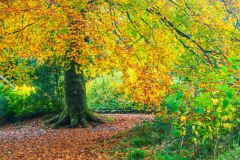 More self catering near Craig-y-Nos Castle and Country Park >>