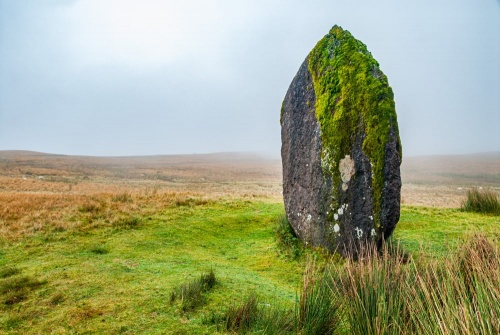 Maen Llia is a standing stone in the heart of the Brecon Beacons National Park, a few miles north of Ystradfellte. The stone stands in open moorland a short distance east of a minor road from Ystradfellte to Heol Senni.

Maen Llia stands 3.7m high and 2.8m wide at its widest part (roughly 12 feet by 9 feet) and is 0.6m thick (2 feet). It is slightly rounded at the base and tapers to a point at the top. It is sobering to think that there is probably another 4-6 feet of the stone below ground, suggesting that the total height of Maen Llia is around 5.5m (as much as 16 feet).

The stone is a conglomerate of Old Red Sandstone from the Devonian Age and probably dates to the Bronze Age (3300 BCE - 1200 BCE). CADW, the official Welsh heritage organisation, estimates that the stone was erected between 2300-800 BCE.

The stone's name is a combination of 'mean', meaning stone, and 'llia', which refers to the nearby Afon Llia, or River Llia. The term may derive from the local dialect for 'smallest'. 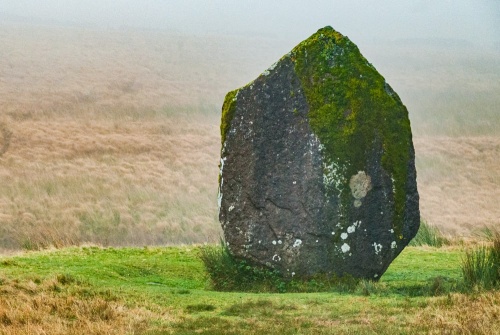 Maen Llia from the west

According to legend, the stone sometimes moves down to the river to drink. This tale may come from the fact that when the sun is low on the horizon, it strikes Maen Llia in a way that makes the stone cast a long shadow that reaches the river. 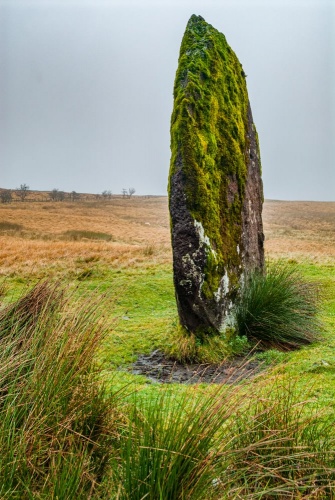 Maen Llia from the south

An account written in the 1940s mentions faintly carved Roman and Ogham letters on the stone's surface, but no trace of this carving can be found today. The official CADW listing also mentions traces of 19th-century graffiti on the stone's west face, but we didn't see any evidence of this when we visited.

Two miles away is Maen Madoc, a standing stone that features distinct carvings. 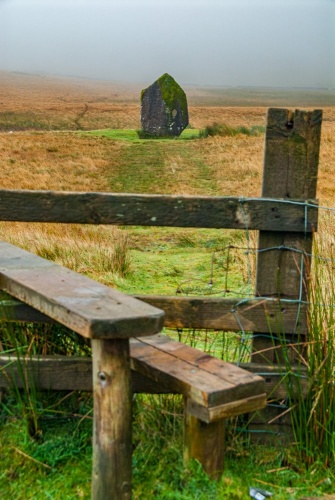 You will pass the ancient earthwork of Llech Llia Henge on your left and then almost immediately see Maen Llia come into view in the field to your right. There is a small layby with room for 2-3 vehicles on the right (east) side of the road, with a stile and a short path of about 30 yards to the stone. Near the stile is an information panel in the shape of a standing stone with details about the site.