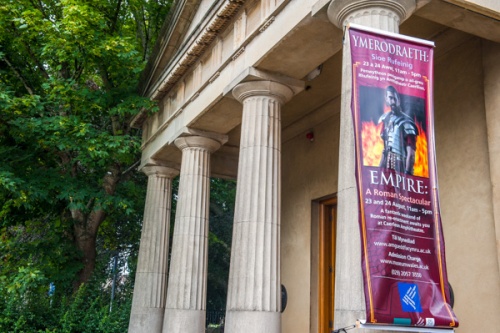 A Roman fortress called Isca was founded at Caerleon about AD 75. This modern museum helps visitors to see how the Roman legionaries lived in this former outpost of the Empire! See how the soldiers slept and ate, and see a recreated Roman garden, plus archaeological finds from the fort. Children can dress up in full legionary garb and learn more in a special educational centre. 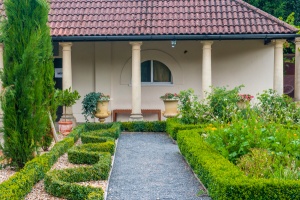 The museum had its roots with the Caerleon Antiquarian Association, which was formed in 1847 to establish a museum and encourage research into the Roman finds at Caerleon. The museum opened in 1850 and in 1930 became part of the National Museum of Wales.

The museum exhibits are fascinating, and showcase some of the best finds from the Roman town of Isca. See a 1st century tablet of wood with a written inscription, found in a well on the museum site. This is thought to be the oldest piece of writing in Wales. There is a very large collection of gemstones, discovered in the drains of the nearby bathhouse, presumably dropped by bathers over centuries of use.

Another highlight is the Bathstone Coffin, with its skeleton of a 2nd-3rd century AD man still intact. The man was buried with a shale cup and a small bottle of perfumed ointment. Other artefacts that caught my eye were a section of mosaic floor, an inscribed memorial stone tablet, and a beautifully preserved section of a statue niche with the bust of a man in a toga. 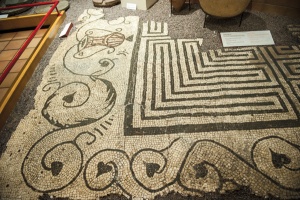 There is much more than just the museum exhibits to see. There is a recreated barracks room, showing the sort of conditions soldiers in the nearby barrack block had to deal with. My impression was that they were very cramped quarters indeed, but perhaps expectations of personal space were quite different in the 1st century!

Behind the museum is a recreation of a Roman garden. The Romans brought their gardening ideas to Britain, but the climate meant that only certain plants could thrive. The Romans saw a garden not solely as a place to relax, but as a practical place to plant medicinal herbs, cooking vegetables, fruit, and herbs, and plants used in religious ceremonies.

The gardens at Caerleon are based on a design of box hedges enclosing beds with specific types of useful plants. Beside the hedged areas are bay trees and a triclinium, an open-air dining area with climbing vines creating a quiet nook. To the Romans, the garden was an outdoor room, an extension of indoors; a place to entertain and relax.

The museum is situated just around the corner from the Roman baths, used by the soldiers. A short walk away are the remains of the amphitheatre where gladiators fought and died, and the extensive barracks where soldiers lived.

The barracks at Caerleon are the only Roman barracks open to the public anywhere in Europe. 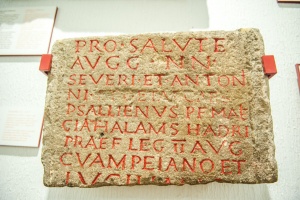 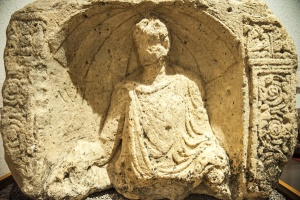 Memorial with statue and niche 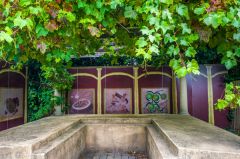