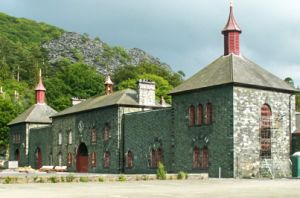 National Slate Museum
This fascinating museum is housed in Victorian workshops near the huge Dinorwic quarry. There are slate-splitting demonstrations, multi-media presentations, and tours of the historic workshops and foundries used during the heyday of slate quarrying in the 19th century.

Small scale slate mining took place in the Llanberis area since at least Roman times. However, it was not until the beginnings of the Industrial Revolution in the late 18th century that the industry really took off.

In 1787 small scale slate mining began at Dinorwic, between Dinorwig and Llanberis. The outbreak of the Napoleonic Wars and high transportation costs meant the mines enjoyed only limited success. A second attempt was launched in 1809, and the development of a horse-powered tramway to the port at Dinorwic eased the transportation problem.

The mines expanded at an exponential rate, and became the second largest slate mines in the world, producing 100,000 tonnes of slate annually and employing over 3000 men. Production dropped in the 20th century due to lower demand and more difficult access to slate deposits, and the mine closed in 1969.

The mine's machinery was sold at auction, but the Gwynedd County Council declared the workshops at Gilfach Ddu to be of historic value and refused to let them be sold for development. The workshops were then put to use as a home for a museum dedicated to the history of slate mining in Wales, while the quarries were developed as an outdoor activity centre.

The workshops that house the museum were built in 1870 on land created from a spil tip from nearby Vivian Quarry. The workshops had their own narrow gauge railways carrying slate from the quarries and bringing in locomotives for maintenance.

The Llanberis Lake Railway links the museum to Llanberis village, and the railway uses some of the old museum shops for working on their locomotives and rolling stock.

The workshop complex is laid out like a fort, with a clock tower rising high above a central courtyard. The museum is designed to make it look like the quarrymen have just left for the day. It is a slice of social history, not a collection of dusty displays.

One of the most interesting buildings is the Chief Engineer's House, restored to the way it looked in 1911. See steam engines in the locomotive shed, a 19th century brass foundry, forges, and water-powered machinery.

Highlights at the museum include the largest working waterwheel in Britain, built in 1870. The waterwheel has a diameter of over 50 feet and revolves around an axle fully 1 foot in diameter.

Another highlight is a set of four restored quarrymen's cottages, showing how the men and their family's lived during the mine's Victorian heyday. The cottages originally stood near Blaenau Ffestiniog, but were carefully disassembled, brought to Llanberis, and reassembled on the museum site.

Hear the Story of Slate, from daily life of mining families to working conditions and the turmoil of industrial unrest. 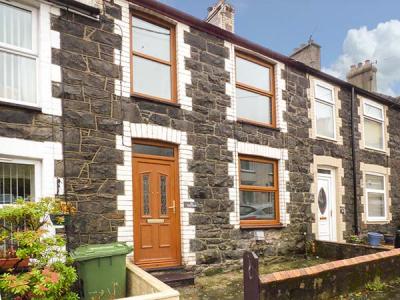 This lovely mid-terrace cottage is situated in Llanberis and can sleep five people in three bedrooms.
Sleeps 5 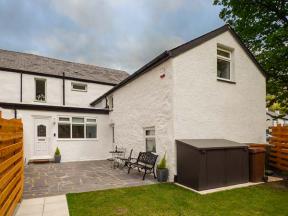 This is a very well appointed, semi-detached character cottage, located in the semi-rural village of Nant Peris at the foot of the Snowdon mountain range, just 2.5 miles from Llanberis, …
Sleeps 4